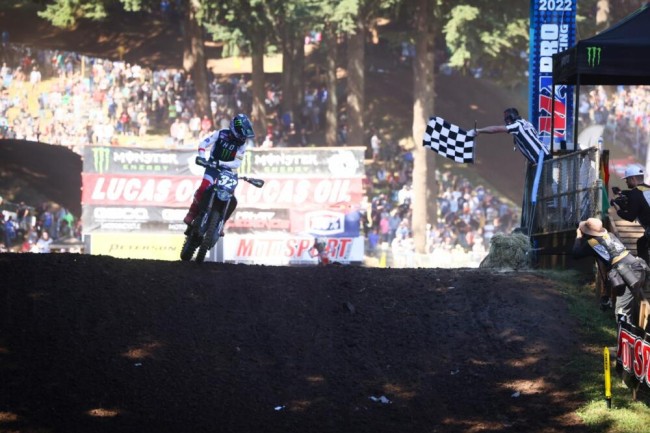 Justin Cooper has admitted he is ready to go for team USA in the MXoN if asked after a moto win at Washougal, but he did admit his form in the first half of the year wasn’t good enough to justify his inclusion.

It has been slightly strange that Cooper, who did ride for the USA at Assen and is still getting good starts (something that is crucial for the MXoN in MX2) has been so far out of the picture with Roger DeCoster saying he and the other 250 riders are not consistent enough.

The battle for the MX2 spot was between Craig and Barcia with both riders battling at Washougal but Barcia has now pulled out of the running. So will a late Cooper surge of form put him back in the picture?

Cooper told Racer X: “It’s Team USA. It’s in the USA this year. Honestly, I don’t feel like I deserve the spot, how the first part of the season has gone, and I respect that. But, I’m finding my stride again. I haven’t been talked about, that’s up to them. I’m ready for the task [if I’m asked], but that’s up to them.”

OR…should Eli Tomac drop down to a 250? David Vuillemin tried to talk him into the idea recently on the Pulp MX show: