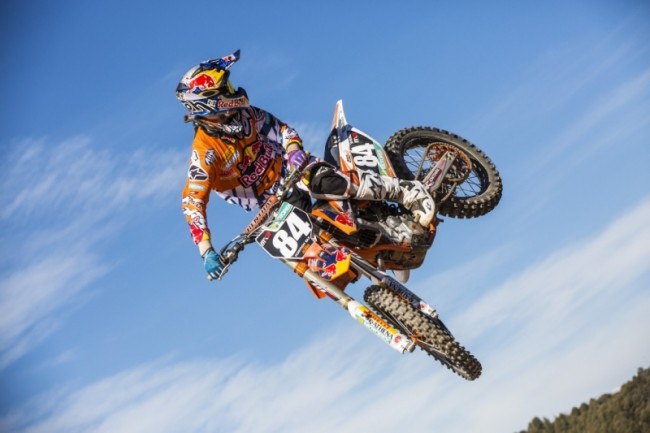 Jeffery Herlings has released an update on his condition and hopes to be back on the bike in November. He has also not decided what class to ride next season.

Herlings said on Facebook: ‘Just would like to give all my fans a quick update as its been so calm around me lately. Mannn… This is a long road back. Since July 2014 its been a dark moment in my careere and life. At this time its mentally as though as physically. We are working hard to get back on the bike.. Roughly planning says I should normally be able to be back riding in 4 to 6 weeks from now. All injuries are taking care off and now its only my dislocated hip who is still recovering and next week my plate on the collarbone will also be removed. So we hope to be back on the bike somewhere half/end of novembre. Its hard knowing where we come from and thats winning in 2013/2014 27Gp’s straight and then having such a though come back time and being on the ground as much as I was last year. Obviously its hard mentally from knowing where I come from when nothing could go wrong to where I am right now. But it also shows me how hard life can be, and how fast things can turn around.

‘Also I lost a person who ment alot to me and was a strong person in my life the last 2 years but due some stupid mistakes I lost her @brittvoorn thank u for helping me the last 2 years and you will be missed in our team, team84 But I learned from many things as I am on the sideline right now and I got so much motivation to show all my fans. I really wanna show u guys I am still being able to win championships. I hope all my fans are still believing in me like I believe in them. We are all in this together. We will come back, and we will win. Which class for 2016 is not decided yet. Just wanna say a big thank u to my great team Red-Bull KTM Factory racing team and all other sponsors and partners for still in believing in me. And my family and close friends for never giving up on me. I love u guys.’