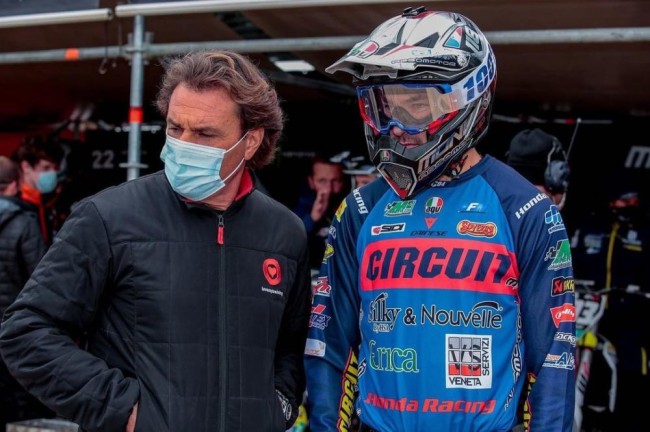 In part two of our interview with Stephen Rubini we discuss his time with the Assomotor Honda team as he finished second in the EMX250 series last year and tenth in the MX2 World Championship this year.

The French talent has started working with Yves Demaria and has extended his Assomotor Honda deal for the 2021 season so he’ll be looking for even better for the season ahead and if he has a strong winter behind him he’s capable of surprising!

GateDrop: For 2019 you sign an EMX250 deal with Assomotor Honda. Why did you take the decision to race the European series that year? It ended up being a great season finishing second in the series..

Rubini: At the beginning when I had the proposition to race the EMX250 series, I wasn’t really okay with that, I didn’t want to step down at all. But actually, I am super happy that I did make this decision because it made me realise that I had the speed, the mentality and everything to progress and be at the front. To be at the front winning races and battling for the championship, it made me more confident and helped me a lot for this year. Before this year in MX2, I had some good results but not enough and I was a little bit lost in my mind and didn’t have the confidence so racing the EMX250 series helped me a lot.

GateDrop: You finished 10th in the MX2 World Championship this year. Overall, what was your expectations coming in and are you happy with the season?

Rubini: Actually, top ten was the goal for me this year so I am happy to have reached this goal. But, you know with the some good results that I did I’m also a little bit disappointed. I think if I could have been able to do it more regularly, I could have been closer to the top five.

GateDrop: Coming up from the EMX250 championship, how did you find the level of MX2? It seems like the start is very important in MX2 because if you’re one of the top EMX250 riders it seems easier to come through the pack…

Rubini: Yes, it happened that in EMX250 I took some bad starts but I could come back to the top five or top three so for sure it’s easier to come through the pack. There are guys in EMX that are very fast though, we can see that with Van de Moosdijk and Forato who did some good races. The level is still high but there’s less fast riders. In MX2, it’s a high level, we can fight for the top fifteen or the top five. Everybody is pushing so much so the level is quite high. 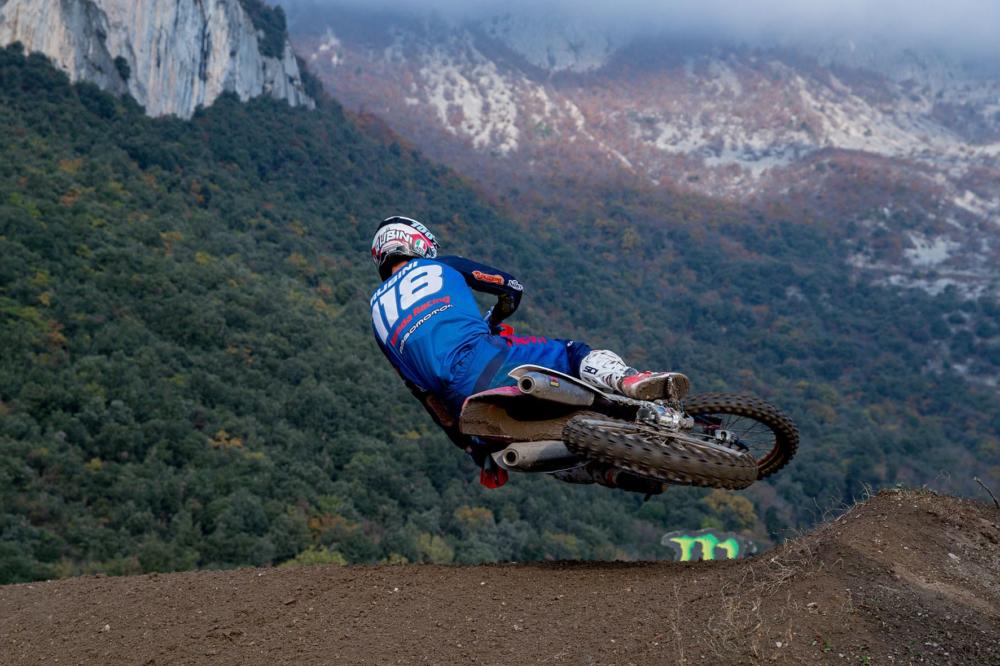 GateDrop: This year coming into the season preparing for MX2 again – how did it feel coming in, almost like a last chance? A bad year this year would have made things difficult for your future but obviously you had a good season which was positive.

Rubini: You know, every year I feel that pressure, if I don’t do good that they will forget me one way or another. Every year is the same but of course I had more confidence coming into this season with the year I did last year. I was more confident but still, but at the other side of your head, you know that you aren’t alone and we are only numbers so I was worried they could forget me.

GateDrop: That’s now your second season with the Assomotor Honda team – has the bike developed much and got better? Everyone knows in MX2 how fast the KTM is and Yamaha are starting to close the gap. How far off do you think the Honda is in being a regular top five machine?

Rubini: I’m actually quite happy with the bike and that’s why I’m staying with the team. They are working very hard and especially for next year. We’ve made a promise to each other that if I do the work, they will do the work too to be in the top five. For the European championship it is enough, I proved that I could start in front, could win races – Mathys Boisrame also proved this when he raced EMX250. He also did a podium last year in MX2 at Germany with the Honda so I think it’s quite a good bike. We just need some more luck and I talk about myself, some more training to be at the front. I think if all the pieces are together for next year then we can be in the top five every GP. 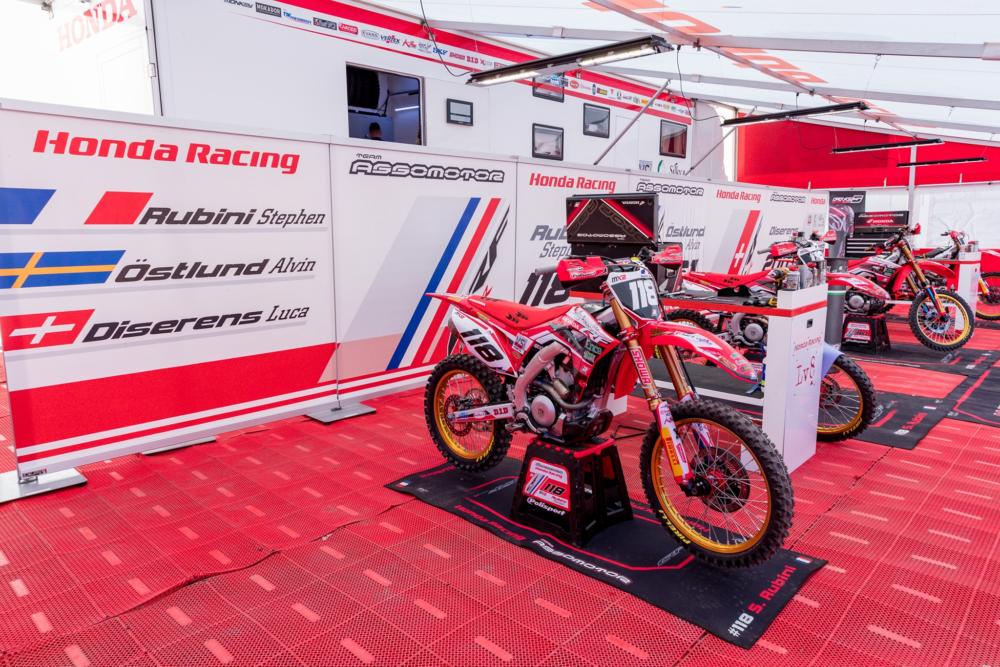 GateDrop: Just on the tracks this year, I feel like there was less track prep than 2018 and 2019 and tracks got rougher which is good to see in my opinion. How do you think Infront done with the track prep this year?

Rubini: I think there is positive and negative. Every year the riders go faster and faster, especially the 450cc’s, we seen this year a lot of injuries. This year at Arco di Trento, the track was really destroyed so I think I prefer when it’s a two-day format. After Saturday they flatten 50% of the track and I think it’s nicer because this year when you were riding after the European championships, the track was the same and destroyed. It was really tough to get a good feeling after the first lap because the bumps were big and I think it was hard to get a good feeling straight away.

GateDrop: You’ve signed with Assomotor again for 2021, I believe you had other offers, in the end why did you decide to stay? I guess in away it would only make sense to go to a factory team if you were going to leave…

Rubini: I didn’t have any factory proposition’s but a few of the satellite teams. It was the best option to stay with the Assomotor because I’ve already spent two years with them and it’s a really good team, they’re really motivated. They’re motivated to work even harder on the bike so that’s a really good point and I feel really really good on the Honda. They know how I work and I know how they work and the fact I work with Yves Demaria, it’s very good for both of us – with his experience we can progress together. The team can progress with the settings and he can say what he thinks. For me as a trainer he is very good, he can help me so much to be even more professional. I think altogether it’s a good combination.

GateDrop: Just on working with Yves Demaria, when did you start working with him? He also worked with Lieber but after he retired was it easier as you were his full focus let’s say?

Rubini: I contacted him just before Kegums, I knew that I needed somebody because it’s something I’ve always needed. I never had someone to help me with A-Z. I started working with him after Kegums and it really helped me out, we could simply see with the results. I think now we can have a really good winter and we can do very good next year. After Julien Lieber retired, Demaria wasn’t actually in the paddock anymore and I think it was the perfect moment for me. He was also really motivated to help so it was a good moment. 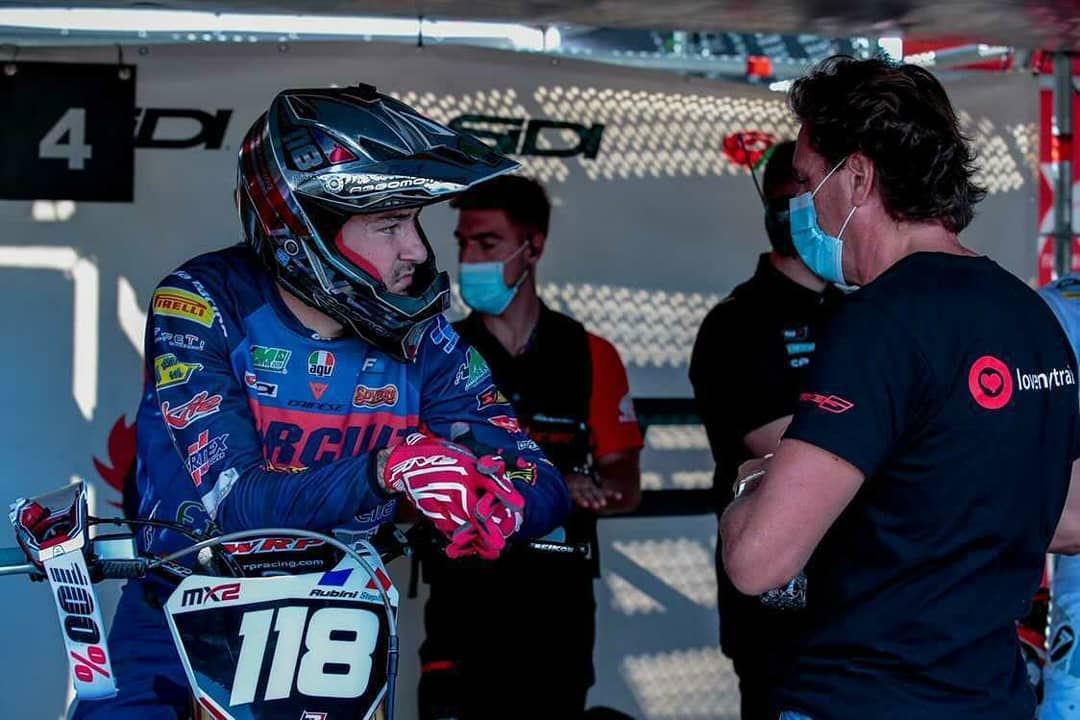 GateDrop: You’ve two years left in the MX2 World Championship, what are your goals and what do you think you need to do to become a consistent top five rider?

Rubini: Yes, two years, it’s a lot but it will also go fast. I think I am on a good way to be more professional with the help of the team and Yves Demaria, I can be a regular top five rider I think. Next year our goal is to be a regular top five rider but for 2022 I don’t yet, it depends on next year. For sure I would like to be battling for the podium in the World Championship, but we will see what will happen.

You can read part one of our interview with Rubini here, as he discusses his burst onto the GP scene.