Interview: Camden Mc Lellan on his season and the level of EMX250 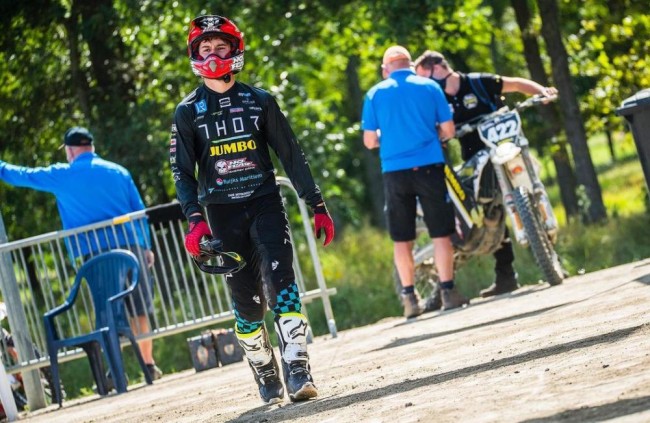 There’s no doubting the talent that Camden Mc Lellan has as just two years ago he was racing an 85cc and won the EMX85 title. At the start of this year Mc Lellan was planning on racing the EMX125 series but after the opening round and the break in the calendar due to COVID-19, he ended up making the move to the EMX250 series.

Despite being a rookie in the class, Mc Lellan had some impressive speed and good results as he was knocking on the door of the top ten – easier said that done in such a competitive class.

With a full winter on the 250cc, Mc Lellan is preparing for an even better 2021 and who knows, he might just surprise.

We caught up with the young South African to discuss his season and much more.

Gatedrop: Camden, it was quite the season for you starting off in the EMX125 series better switching to the EMX250 class. Overall, can you summarize your season?

Mc Lellan: Overall, this season was very good for me. The huge steps that I took, from barely scoring points in Matterley Basin to almost breaking a top 5 in the EMX250 class after just a few weeks on the bike, mentally speaking, I think it was a year that I really needed, just to find myself again.

Gatedrop: What was the decision behind moving up to the EMX250 series instead of finishing the season in the EMX125 class?

Mc Lellan: During the “Corona break” I had been riding a 250 for a while and I was already very heavy for the 125, still fast, but at a big disadvantage in some ways. I was getting better every time I got on the bike and since there was no 125 races in Latvia we decided to give the EMX250 class a bash. I think in Latvia I surprised myself and many other people, and after that it seemed like a waste of time almost to get back on a 125. 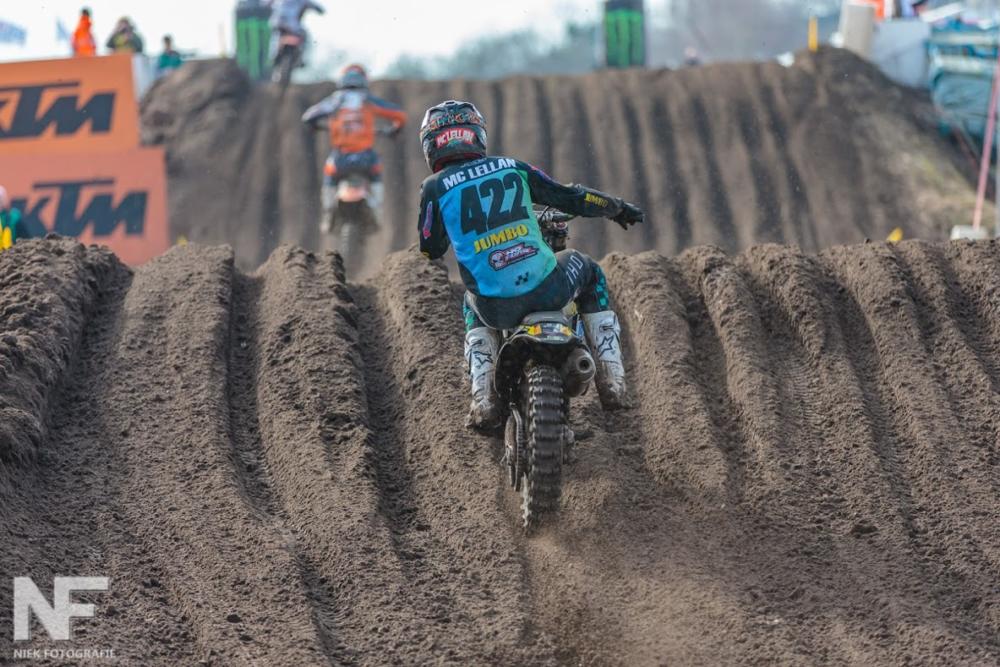 Gatedrop: How would you describe the level in the EMX250 class compared to EMX125? Benistant has been showing in MX2 just how fast it is at the front!

Mc Lellan: It’s hard to compare to be honest. The speed at the front is unbelievable in both classes, sometimes the 125s are almost milliseconds off of the front runners in EMX250.

Gatedrop: You had some top ten moto results in the EMX250 series so you must be happy with that? Consistency seems to be the area you need to work on?

Mc Lellan: Yeah and I feel the last half of the year I had speed for top 5 sometimes, but my starts were inconsistent, and I had to come through the pack almost every race… I do think if I had better starts the results would have been more or less consistently around top tens.

Gatedrop: What’s the EMX250 class like if you get a bad start? It looks like obsolete chaos with so many riders the same sort of pace and fighting for their life!

Mc Lellan: Hell (laughs). No matter what position you’re in, these guys do not roll over and just let you pass, and the further up the pack you get the more fast they are which makes it harder, but also at the back of the pack, sometimes they swerve from right to left, and cross jump, so it’s also difficult in its own way. 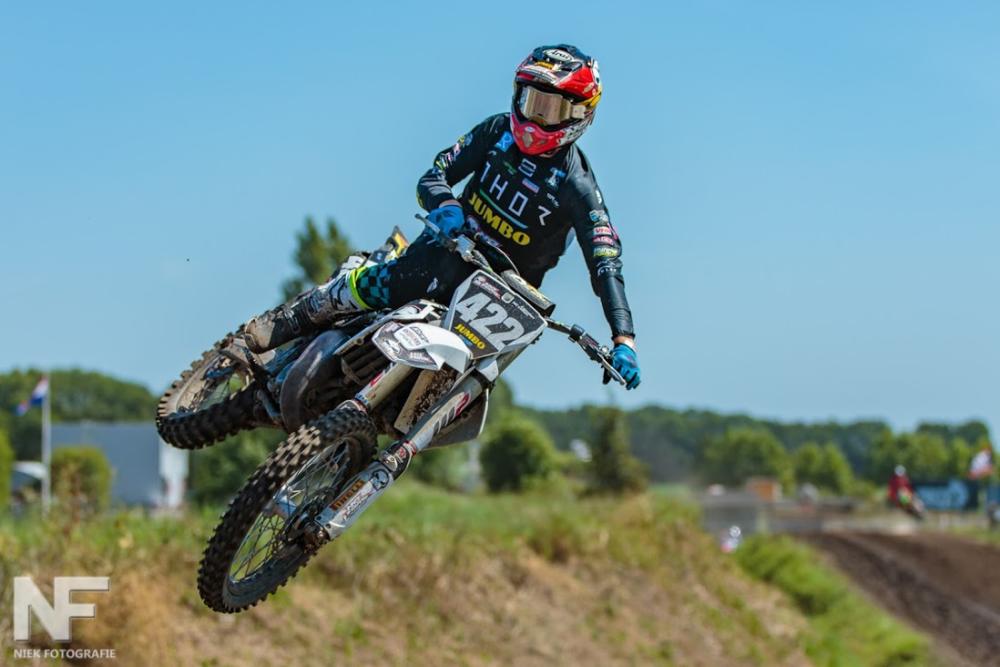 Gatedrop: Have you any plans for the off-season yet and what do you think  you need to work on before the 2021 season?

Mc Lellan: No special plans for the off season. Unfortunately I can’t go home this year to visit family, but I’m training really hard here now, and working my physical state really hard, then once I hop back on a bike after our break, I’m gonna work to be better in all areas ! I don’t really think I have any weak spots though, but I need to grind some starts and just push myself to the limits every time I’m on the bike, and just enjoy myself.

Gatedrop: You are working with an ex GP rider in the form of Bas Verhoeven at the BT Husqvarna team, what sort of things has he been able to help you with?

Mc Lellan: Yes, Bas has a lot of knowledge, along with one of the mechanics, he has been in the sport a long time and always points out a few things when we’re riding, but he leaves most of the teaching to our team trainer.

Gatedrop: In the GP paddock there’s riders with a lot of different styles, is there any rider that you look at and would like to try and emulate?

Mc Lellan: Definitely Gasjer, he’s smooth, fast and efficient but when he needs to he can absolutely send it to the limit, and throw some fat whips as well.

Gatedrop: Will you head back to South Africa or do you plan to stay in the Netherlands/Belgium until the start of the new season?

Mc Lellan: Unfortunately financially we can’t afford to go visit home, but also with the COVID it’s quite a difficult situation, so we’re staying here the whole time.

Gatedrop: Heading into the 2021 season what goals will you set yourself in the EMX250 class?

Mc Lellan: I would love to be a consistent top 5 runner and around top 3 in the championship, but I miss winning so much, so I would like to win as much as possible.

Gatedrop: Long-term what goals have you set yourself that you want to achieve?

Mc Lellan: Just to make a living by doing what I love.

Gatedrop: Anyone you’d like to thank/anything else to add?

Mc Lellan: Of course, my mom and dad and the whole BT racing squad for putting so much time and effort for me to race and live my dream. 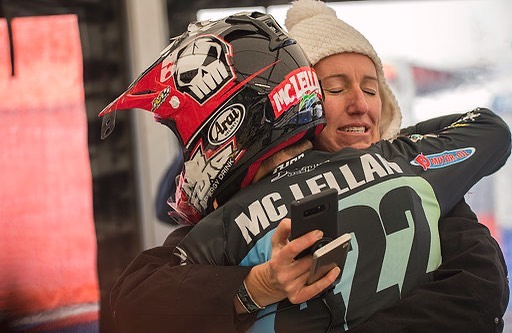