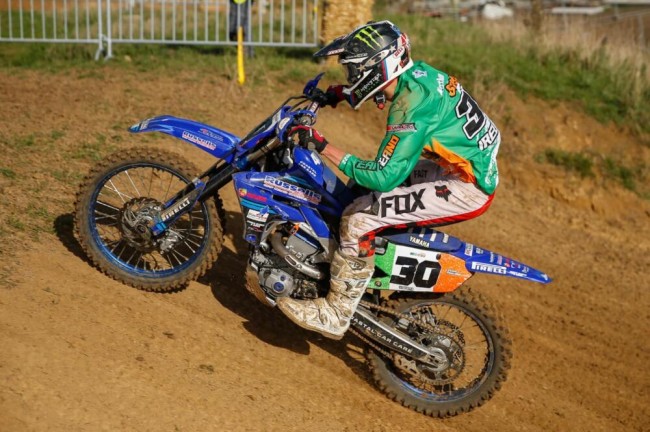 Nathan Green got the call to represent team Ireland at this years Coupe de l’Avenir for a great experience as it’s rare for Ulster/Irish Championship riders to race outside of the UK. Green raced in Belgium at the weekend and got first hand experience of racing with some of the best young talents in Europe.

We caught up with Green to discuss the event and more.

GateDrop: Nathan, I was pleased to see you deservedly get selected for the Coupe de l’Avenir this year after missing out last year. How did it feel when you got the all important phone call?

Green: It was one of the best feelings getting the phone call to be selected for the Coupe de l’Avenir. A dream come true, I was feeling the strongest I had felt all year, so felt I could give it my best shot.

GateDrop: How would you describe the weekend racing in Belgium at the event – have you raced outside Ireland before? It must have been an exciting!

Green: It was very exciting and an unreal experience, l raced at the MX Nationals this year in the expert class achieving third overall, so I had a fair idea what the pace would be like at the Coupe de l’Avenir.

GateDrop: Can you talk me through both of your moto’s?

Green: Unfortunately race day was a complete mudder, In moto one, lap 1 I got a flat tire, trying to ride it home as long as possible until about three laps to go the rim started spinning inside the tire causing a DNF. It is really disappointing but it was out of my control.

In moto 2, I got a decent start, was in eighth for the first half, the track was just turning into a swamp. Unfortunately, had a crash, with the bike being a tonne weight and having to ditch goggles and gloves. It was a battle in the second half of the moto even trying to twist the throttle with the mud was near impossible but nursed it home to 16th. I was happy enough with that in such crazy conditions.

GateDrop: What was the track like both days? It looked slick and typical hard pack on Saturday then some overnight Irish rain made it a mudder on Sunday!

Green: Yeah, on Saturday the track was perfect really, I enjoyed myself and the conditions where just like home. Sunday was something else, was happy just to make it round the track to be honest.

GateDrop: Have you rode tracks like that before? It looks quite old school and hard pack – maybe a bit like your local track at Seaforde?

Green: Yeah, the track reminded me just of Seaforde or Tandragee, old school and hard packed, would love another chance in the dry.

GateDrop: What was it like racing against new competition outside of Ireland – a new experience for you!

Green: The competition was tough but with doing a bit of racing in England this year I had an idea what I was up against, I just try and go thinking there is no better than me. As John Meara has said we are all only human at the end of the day. 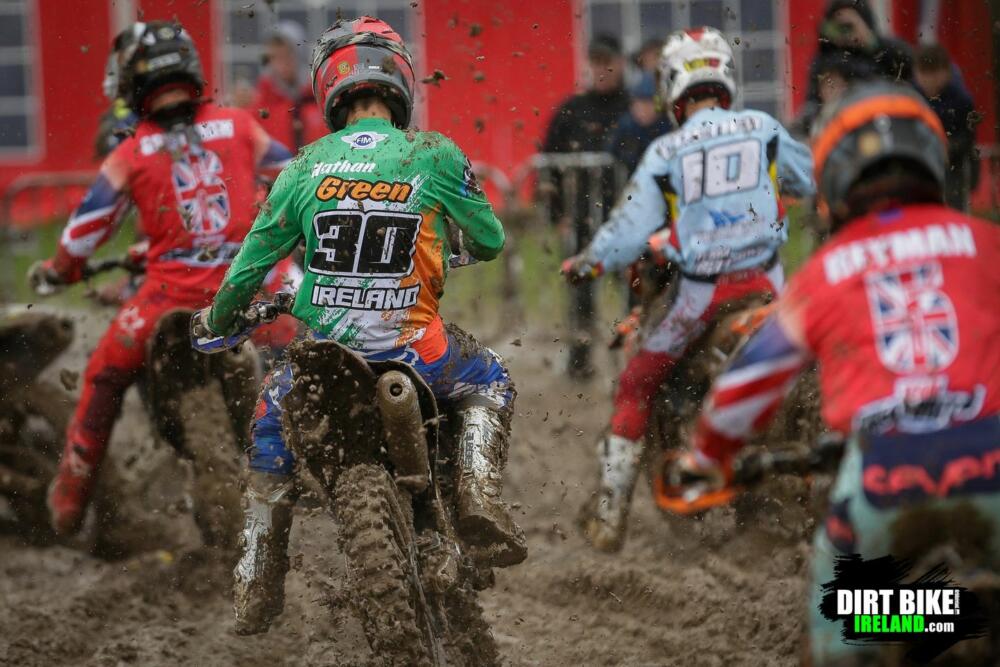 GateDrop: I believe that was Mick McGinn’s last year managing the team – what was it like having him managing the team? Wayne Garrett will take over, I think that is a top replacement! Hopefully you get the chance to race next year although I’m not sure if you’ll be able to next year with the age restriction?

GateDrop: You got to race with Cole McCullough – what’s your thoughts on him? Seeing him race at Lommel if he works hard he could have a bright future…

Green: Cole is riding very well, he has great opportunity and is so fast at such a young age. I think if he keeps doing what he is doing he will go far.

GateDrop: Just on your racing at home – you started the year with long covid but continued to get better and better. Where you happy with your season and how you ended it?

Green: It was so frustrating how this season started for me, having had such a good 2021 season I wanted to continue it straight into 2022, but that’s not how it worked out, I took Covid in January leaving me with really bad fatigue and dizziness. The first time I tried to race at St. John’s point at the Irish proved I was far from well. The first few laps of the first race was nearly impossible due to blurry vision, so had to take a few weeks out to get myself sorted.

GateDrop: What’s your thoughts on the Ulster/Irish Championships at the moment and have you any plans for 2023 to race over the water?

Green: The Ulster could be do with a few adjustments including the amount of races in the day but I would say they are reviewing this. There was a lot of work put into the Irish championship this year, with a really good choice of tracks, hats off to all involved. Looking forward to doing it next year. I really enjoyed doing the MX Nationals this year and it’s definitely on the cards for 2023.