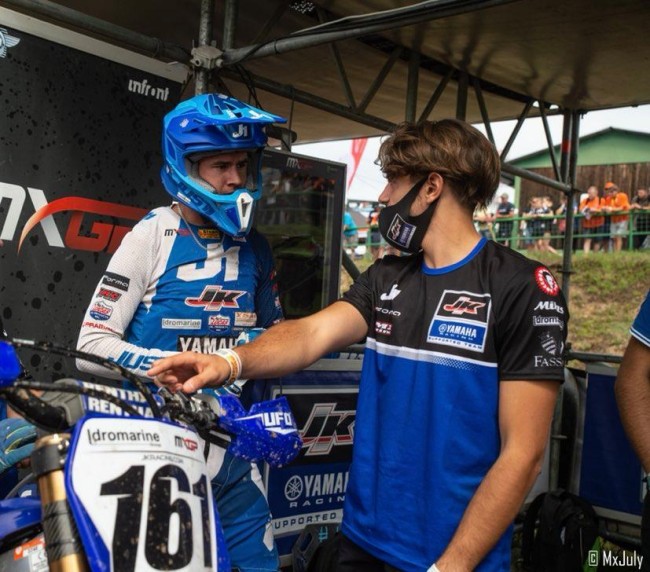 Giuliano Boschi is one of the youngest team managers in the MXGP paddock as he helps his father, Ric run the JK Yamaha Racing team. The Italian team have been in the paddock since 2000 and still going strong after over twenty years.

Alvin Ostlund (MXGP) and Gerard Congost (MX2) are racing for the team this year and they’ve had some promising results so far but no doubt, Boschi will want even more during the second half of the season.

We caught up with Boschi to discuss the team and more.

GateDrop: Giuliano, you are pretty young to be a co team manager, what’s it been like taking on the role within the JK Yamaha team?

Boschi: Yeah, true! It’s been many years already that I’m around the GP paddocks as my dad started the team in 2000, we can say it’s my second house (laughs). I’ve always loved this world since day one so for sure it’s something special.

GateDrop: Obviously having your dad (Ric) must be a good guidance? What’s it been like running the team with him and what sort of things has he been able to help you with?

Boschi: Yeah having my dad is a good thing, he made the team by himself and without any help and after 21 years we can say we are one of the oldest team in the World Championship at the moment.

GateDrop: This year the team have Alvin Ostlund contesting the MXGP World Championship, it’s really not an easy class and especially not having a factory bike. What’s it like trying to be competitive against so many factory bikes?

Boschi: For sure, the class is so strong now, and year by year it is becoming stronger and stronger also because of the age limit for MX2, there are so many fast guys out there. For sure having a factory bike could help a bit more, but in the big class I think that’s not too important, you could almost go with a stock bike with some well prepped suspension and compete the GPs, in MX2 that’s more important.

GateDrop: On Ostlund, he’s had some good races this year in a tough class, how would you reflect on his season so far?

Boschi: We worked hard this winter in Italy riding lot of hard pack, the season started really well in Russia going 14-14 in the moto’s in some real hard pack conditions and even Maggiora was a good one going 13th overall. After that he struggled a bit on his starts but he showed that he has the speed and fitness to stay with the top 10-15 guys. 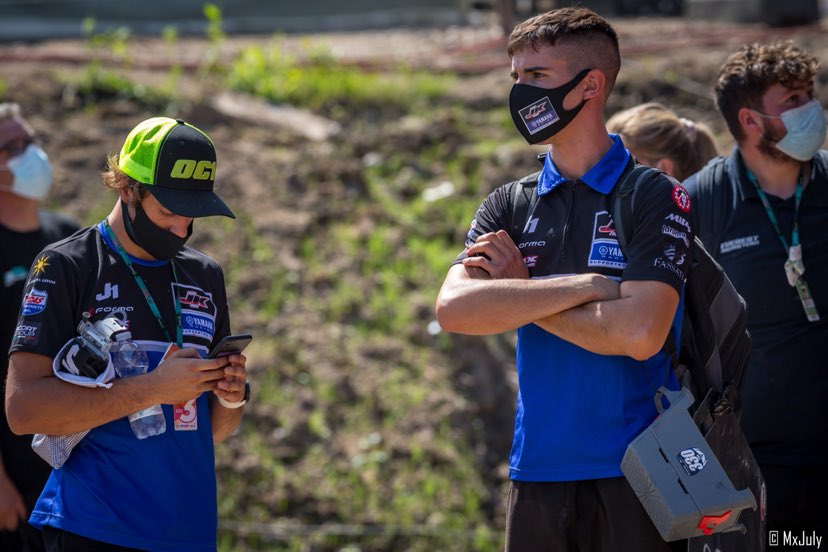 GateDrop: What do you think he needs to improve on in order to improve his results?

Boschi: For sure he needs to be bit more aggressive at the beginning of the race, as you could see the start and first laps are really important now with this level, I think a good start would make life easier.

GateDrop: The team decided to give Gerard Congost a chance at racing the MX2 World Championship and he made the move up from the EMX125 series, the most natural route would be the EMX250 series – what was the reason for him to jump straight up to MX2?

Boschi: It’s a big step, for sure! But we made this decision together with Gerard to get as more experience as possible without any pressure. It’s a great opportunity for him to ride with those fast guys and it’s a good learning for him.
Race by race he’s feeling more confident and he showed some good potential.

GateDrop: Anton Nordström will race the MX2 World Championship for the team at Riola. How did this deal all come about and what do you expect to see from him? Could he stay with the team beyond Riola?

Boschi: Yeah, Anton called us about riding in the team for 2022, we got the opportunity to let him race in Riola. We have no big expectations as it’s his first GP, so that’s something special for him and then he hasn’t raced a 250cc for a while now, he just needa to have fun and get lots of experience from it! At the moment he will race in Riola.

GateDrop: Line Dam is the team’s WMX rider this year, she impressed me a lot last year and I was expecting a lot this year but it’s been quite tough so far although the level of WMX looks very high this year!

Boschi: Yes, Line had a really strong season last year and impressed us too! She had a good winter preparation, and she showed some great speed in the Danish Championship races at the beginning of the season. Her WMX season didn’t start as she hoped but I think she has the potential to do some good things.WMX is getting on a really high level and many young girls are coming, it’s really fun to watch now!

GateDrop: What’s the teams goals for the future and have any of the current riders got contracts beyond 2021?

Boschi: The goal with our guys is to finish the season in a strong way, it will be a tough calendar as we won’t have any rest. So, it’s important to stay away from injuries and stuff. About 2022 there’s nothing sure yet, there is still lot of 2021 to do.