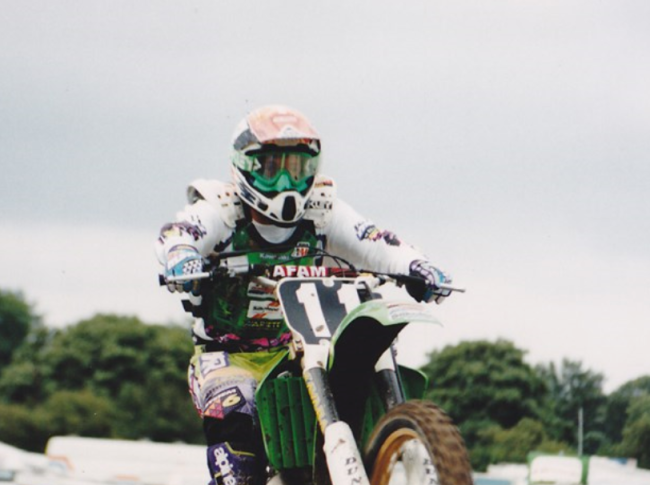 Talent ruins through the Vialle family as Tom is following in his father’s footsteps. Frederic was a top rider in the 90’s and won plenty of GP’s as well as finishing top five in the world on a few occasions.

We caught up with Frederic to have a look back on his racing career in which he enjoyed plenty of success of his own.

Gatedrop: During your time as a GP rider, you won plenty of GP’s! Are you happy with what you achieved in the sport?

Vialle: Yes, I’m really happy with my career. I was able to win 12 GP’s during my career, I was doing my best all the time I was on the the bike with the material I had.

Gatedrop: When you look back on your career, what race(s) stand out the most and why?

Vialle: I think it was the Supercross of Paris (Bercy). It was a really good race every time I competed at the event and for me I enjoyed it a lot. It was the first time during the year you could fight with American riders so it was a lot of fun. 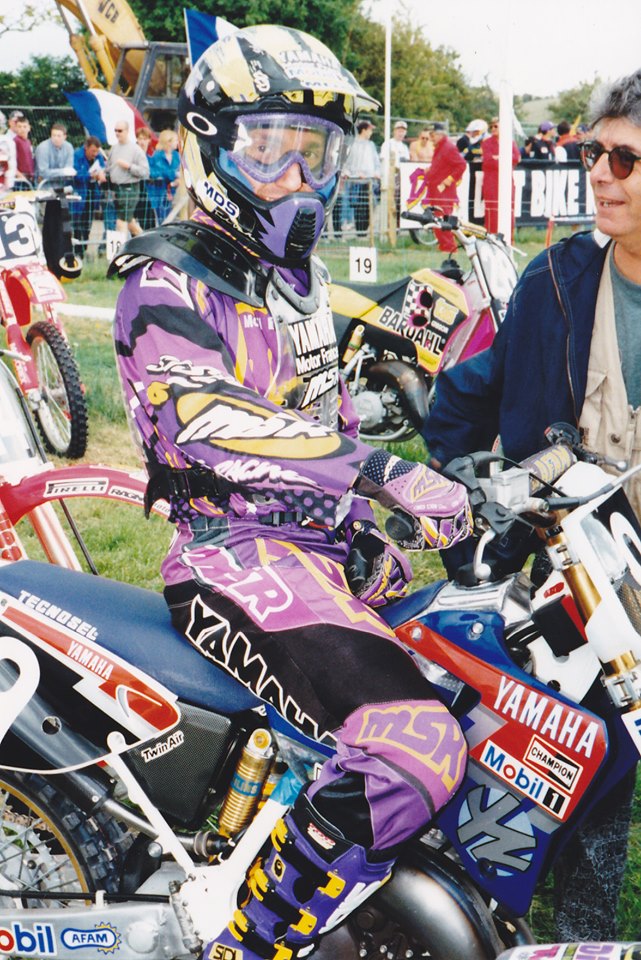 Gatedrop: You raced the MXoN a number of times, what memories have you got from these events? In 1994 you got third overall with France in Switzerland – that must be a nice memory?

Vialle: In 1994 it was the first time that team France had a chance to really win the event, it was a good feeling and such good memories! I remember that Jeff Emig was thinking he’d win for America but in reality he was around 10 seconds behind Paul Malin!

Gatedrop: In 1996 you finished third in the 125cc World Championship, a great season for you. What was the level like that year and what sticks out from that year when you look back on it?

Vialle:  In that year I think the level was normal, only Tortelli was really much more stronger than everyone else because now I realise with the physical program of Tom, that he was training much more than us back in 1996.

Gatedrop: 1997 was also a good year finishing fourth in the 125cc World Championship – looking back what do you think you lacked to become world champion?

Vialle: I didn’t become world champion because If I look back I think my technique was a small problem for me, I always needed to push hard to ride at my speed. Maybe with a bit more of a technique it would have been easier for me.

Gatedrop: You rode some 125cc AMA Supercross events – the best finish being a fourth in Seattle. What’s your memories from racing those events and did you ever consider America full time?

Vialle: It was crazy and fantastic, I was going there with Perrin Olivier and Kervella Yannick with my private bike but with small help from Pro Circuit. In Seattle I was leading 10 laps the final, I win some qualification races also, it was a really great time! Of course, I wanted to  continue my career there, Pro Circuit send me a contract in 1997 (by Xavier Audouard), It was on the weekend of one GP (Neeroeteren Belgium) when I received my contract from Pro Circuit. So Xavier Audouard was on the phone Saturday night with Mitch Payton and to help a bit the contract they wanted me to win a race at the GP the next day (Sunday). I actually won both races. There was a problem when I was arriving in America as they didn’t want anymore French people so it was done for me!

Part two of the interview will be coming soon as Frederic discusses his son’s fantastic year and the future.