Coldenhoff motivated for 2022: Wants to fight for the MXGP title 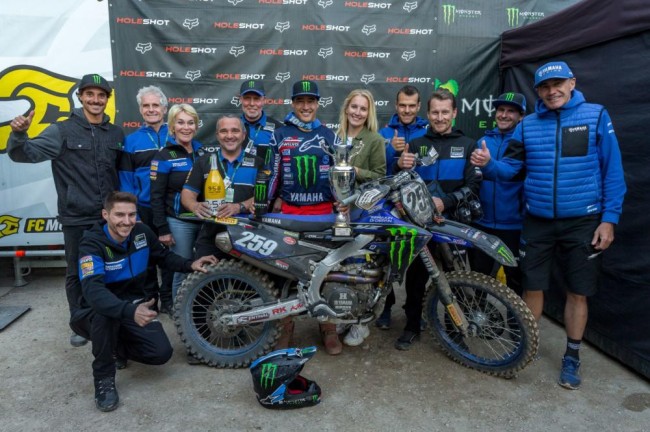 After a number of years on a KTM, Glenn Coldenhoff had an offer which he just couldn’t turn down coming into the 2021 season and inked a deal with the Factory Yamaha team. It was a season of up and down’s but the Dutch talent looked to be more comfortable on the bike towards the end of the season.

With the 2022 MXGP World Championship expected to get underway at the end of February there’s not much time for the MXGP riders to rest as it won’t be long until testing and preparation starts for the season ahead. Coldenhoff is motivated to have a good winter behind him and then be ready to fight for the MXGP title as it’s always been his dream and goal.

“Today, we started off pretty good. We made a big change from last weekend to the bike, which definitely suited me a lot better. I am very happy that this season is done now. It has been quite a tough season for me, especially mentally. I have found it tough to accept a lot of the results I achieved this year, not only for me but for everyone around me. We kept working really hard this year and we never ever gave up. That is something I am proud of, the guys, the team, but now we are ready to make a plan for the winter, and hopefully come back strong next year and ready to fight with the guys for the title, because at the end of the day that is my dream and has always been my goal”, Coldenhoff stated in a press release.

Hopefully Yamaha and Coldenhoff can have a strong winter and he comes out swinging in the 2022 season – it would be great to be able to have another title challenger to add to the likes of Herlings, Gajser, Febvre, Prado and Seewer!