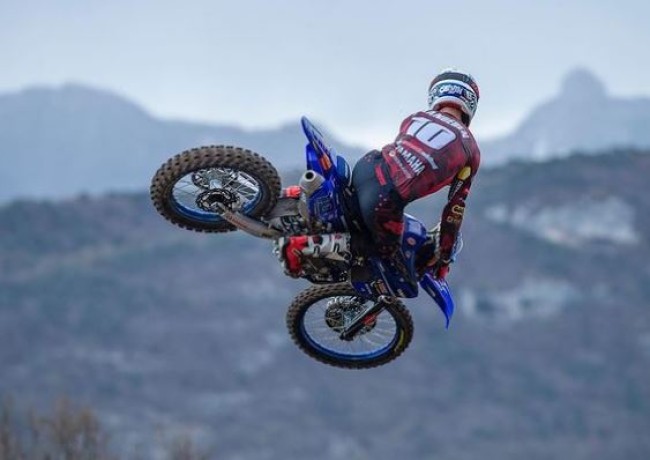 The Gebben van Venrooy Yamaha team travelled to Italy and Arco di Trento for the fifth round of the MXGP World Championship and looking to build after a good weekend in Portugal. The Italian track presented the riders a challenge as it ran the opposite direction from normal and the slick circuit was very demanding with plenty of bumps.

With Arminas Jasikonis still not ready to make his MXGP return, it meant that Calvin Vlaanderen was left as the sole rider under the awning, but he was motivated to keep the ball rolling after two good moto’s in Portugal.

In the first moto, Vlaanderen took a decent start as he was sitting eighth after the first lap, but he gelled with the track really well and set about making moves. After making passes on Beaton and Evans, it was a very strong sixth for Vlaanderen – he caught to the back of Seewer but just couldn’t make a move at a track that was difficult to overtake on.

The start of race two wasn’t quite as good as in the first moto as he was eleventh after the first official lap, but it didn’t take him long to make some passes. After working his way into a strong seventh it was looking like another good weekend but on lap sixteen, he hit neutral on a jump take-off and the result was a big crash ending his moto.

Thankfully, Vlaanderen has escaped any injures so will now dust himself down and get ready for round six of the series heading to Latvia. The encouraging thing is that he’s showed he has speed to be a consistent front runner.

Calvin Vlaanderen (13th overall): It was a good weekend despite it ending not the way I wanted. I had a good flow and feeling with the bike and the track all weekend. In the first race, I battled to sixth and in the second race was in seventh with three laps to go. I then hit neutral on a jump take-off and went over the bars. I am thankful to be okay but I’m very disappointed to let myself and the team down with what could’ve been a good overall result.