Cairoli on altitude, bike set-up at Colorado and going home after High Point? 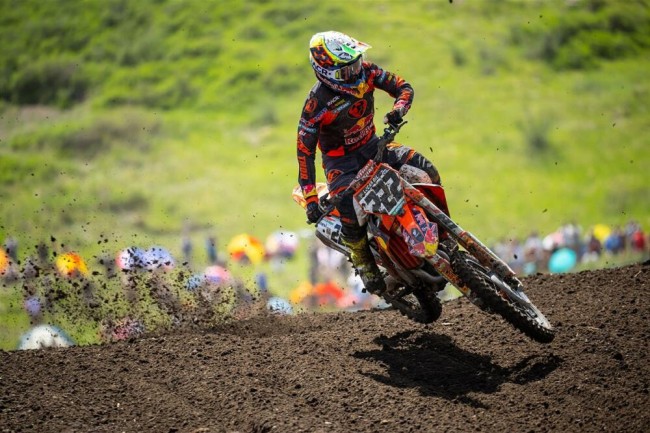 Antonio Cairoli talks about his day at Colorado and dealing with the altitude with Steve Matthes, but it looks like Cairoli will have his last race this weekend at High Point because he bizarrely isn’t actually getting paid to race the Nationals and is just getting prize money from the US Nationals alongside his ambassador role work for KTM!

Tony wants to make a deal with KTM to stay racing the Nationals beyond round four this weekend but, despite being top KTM in the last two rounds, it looks like TC will be going home after High Point this weekend, the nine-time world champ said: “This is going to be the last race for the moment, we will see after that what we can do. I would love to stay but I don’t want to just race for fun, sometimes you need some other rewards.”

Cairoli, after not having much prep and only getting the go-ahead to race the Nationals a month before at nearly 37 years old, is already on the top five AMA pace if not quite yet for 30 minutes, but if he had more prep and been able to race the full series he could he even have been an outside contender for the title or at least podium contender from the off? KTM have made some strange last-minute decisions around Cairoli this year especially with the lack of results around the other full-time 450 guys. Let’s see how it unfolds from here…

Listen to the full revealing interview at 4 minutes ten seconds in:

Get more in the race review here at 28 minutes:

See Cairoli and Roczen battle at the front at Colorado below – why would KTM want to lose that exposure?