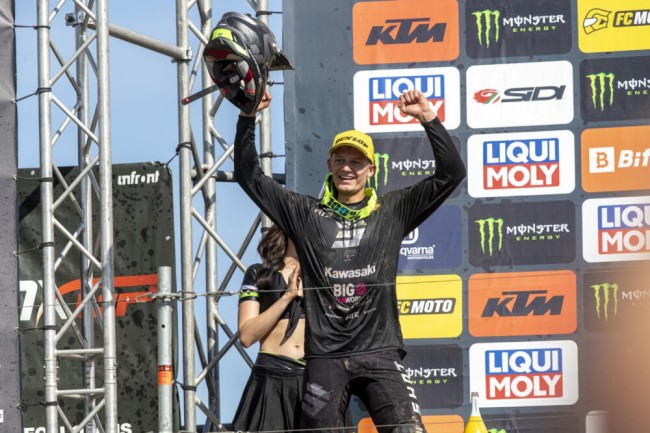 It was a great weekend for the DRT squad as things kicked off with some solid times in practice. With Mikkel gelling with the track he was able to secure 5th position in the qualifying race, setting up perfectly for Sunday’s races.

Coming through the first corner in the top ten, Haarup was able to quickly make his way into 7th position, followed by some impressive racing and passes which put him into 5th. A push for 4th is where the Dane would eventually finish as the top 3 had pulled too far away.

A similar start in race two and the confidence of a solid race 1 under his belt, Haarup secured the 5th position nice and early in the race, allowing him to focus on the next few vital positions. By the halfway point “11” had taken 3rd position and set his sights on 2nd. Despite a valiant effort to chip away lap after lap he would eventually fall short by around 5 seconds, but the impressive 4-3 score would net the DRT squad their 4th podium of the 2022 season with 3rd overall.

The team will now prepare for the flyaway in Indonesia in two weeks time.

“Overall it was a good weekend, Mikkel had good speed in every session. Saturday went well, qualifying 5th. This gave us a good gate which helped him get in the top ten round the first corner. He rode two good races with good lines and technique. It’s nice to have our 4th podium which puts us back on track to climb the championship standings over the season. It’s been a tough few weeks with back-to-back GP’s and then getting the crate ready for Indonesia, but this is a great result to have under the belt before the flyway in two weeks which we’re looking forward to.”

“That was so good for my confidence to come back onto the podium. I didn’t actually realise until the last lap that I was up there but I felt good all weekend and the entire team worked well; a big shout-out for them. I love this track and I was having fun out there; it has high speed, a good flow and I could charge through the pack both motos. And there were so many Danish fans out there; they were the best, making so much noise. I could hear them every lap; they were just great support so it was a real bonus to be able to give them a podium. Now I’m ready for more in Indonesia.“