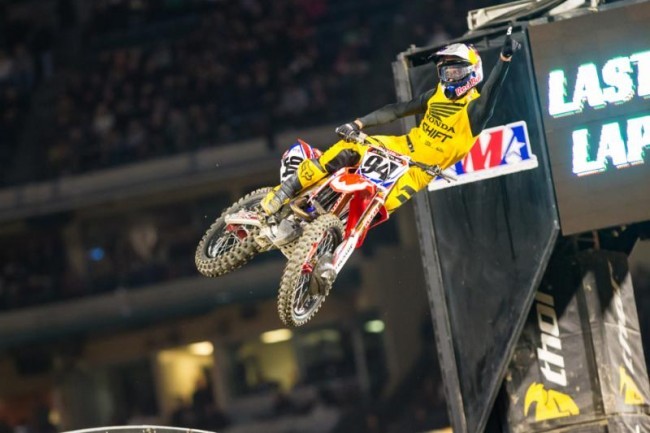 Ken Roczen came out firing in 2017 with the win at A1 on what was then a totally re-designed machine and he was without doubt the fastest rider in the class – until that crash that almost ended his career.

Roczen hasn’t quite been the same rider since, understandably, but the fact he is back at all is amazing, and he was in title contention once again in 2020 only for health issues at the end of the season ruining his shot at the title.

Now in 2021, after taking the outdoors off and once again on a re-designed Honda, can Roczen replicate the speed of 2017? According to Justin Brayton, Roczen’s speed is “incredible” right now, with Ken himself saying he hasn’t had to do much testing and feels comfortable on the new bike believing it is more consistent in different conditions than the old model.