Video: Herlings at Lierop in 2012 – lapping almost everyone! 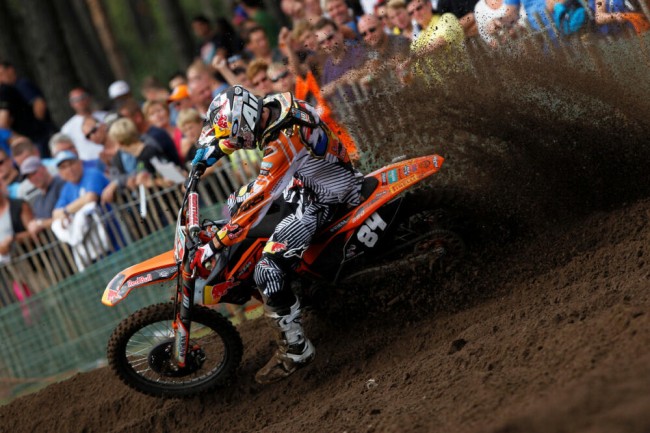 See the time back in 2012 when Herlings lapped everyone but second place at Lierop when he was a teenager in MX2 , with even Everts admitting he was the fastest sand rider on the planet and that his speed was unbelievable! The footage includes Herlings lapping two riders who would go on to be AMA MX champions, Ferrandis and Osborne! (despite people claiming at the time JH had no quality competition!)

Herlings explains his mesmeric speed in the sand to Gypsy Tales and puts some of it down to not having the fastest bikes when he was a kid, before giving his secrets to riding a rough Lommel/Lierop: “When I go through like a second moto at Lommel, I just take it like a supercross track, I just want to triple my way through, triple, double, double, triple, and when you can see me in a second moto at Lommel or Lierop I would just triple, double and then every time I jump I can breath whereas other guys they probably just hit every bump and it takes so much energy out of you. For me it’s really fun.”