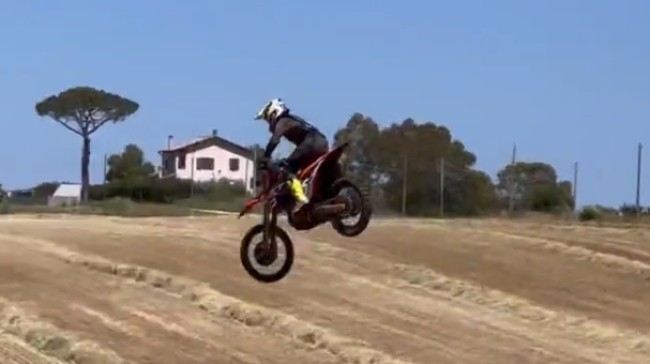 Antonio Cairoli has bizarrely got more coverage in the last two weeks in the USA for announcing that he is racing the first two US Nationals than he did winning 9 world titles and winning 93 GPs into his mid 30s!

But at least the Italian has the chance to show America just why he is one of the greatest of all time by racing in the US motocross series in 2022 – and Ken Roczen expects him to be on it, saying to Jason Weigandt in an interview: “He’s going to be good, mark my words.”

See TC in action below:

But who will do better in the KTM team, Cairoli or Dungey? It’s an interesting mix with Cairoli going to Dungey’s home country and four years older yet only recently retired, compared to Dungey who hasn’t raced in five years but is still a fitness fanatic – it’s an interesting subplot in an already exciting series! We debate it below: