Tortelli on racing Everts and Carmichael! 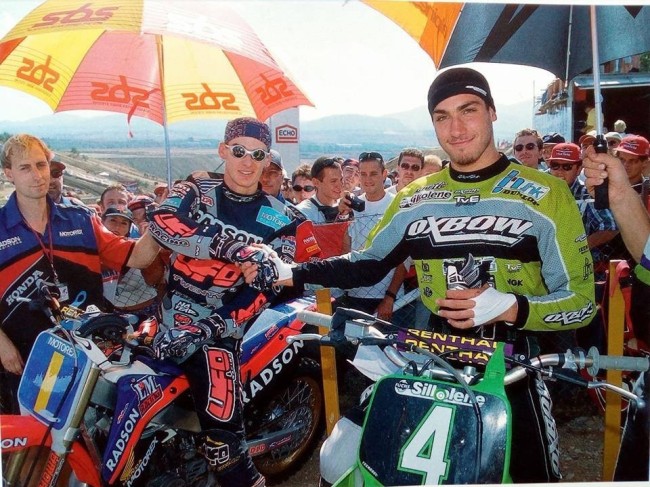 Sebastien Tortelli compared racing maybe the two greatest in their respective series, Stefan Everts and Ricky Carmichael, and said he felt Carmichael was even harder to race than Everts, because it was like racing himself!

Speaking in our exclusive podcast interview, Seb said: “Racing Stefan was a tough piece, but we were very different. Racing RC was even tougher because he was more like me! When you race yourself it’s the toughest one, because I knew he would never back down.

“It was two different beasts, when you have somebody that is the opposite from you it is a little bit easier than when you have someone that is pretty much like you, it’s hard. That was a harder experience. We had a lot of battles with RC on the race track and practice track, we were teammates for almost three quarters of our careers there.

“I remember one practice before Daytona, we were doing testing outdoors and I was at his place, we were in a lap time battle. He would get a lap time and I would beat it, then he would beat my lap time, that lasted most of the day. The team were watching and said take it easy! He didn’t want to get beat on his track, and I wanted to beat him on his track! At the end of the day I got him! Just before, he had said I’m done let’s go back, I did a few more laps and beat his lap time. So his mum saw I beat his lap time and said, “No, you get dressed again and beat Sebastien before you come in!” We had pretty epic battles, we got along well as teammates but on the track it was a different story.”

And on that brake check by RC on him at Budds Creek in 2000? “I didn’t like it, I wanted to kill him that day, he was lucky it was the second moto!” (laughs).

See the incident at 10 minutes, 30 seconds in below:

Get the full interview with Seb as he talks about his first world title, that epic battle with Everts in 98 and that Greece finale, his 250 supercross win in the USA, return to GPs in 2006 and testing the Stark Varg here on iTunes or Spotify and YouTube below:

See another famous battle with RC and Tortelli plus that final GP against Everts below: