Roelants on Längenfelder – podiums in 2021 and title challenger in 2022? 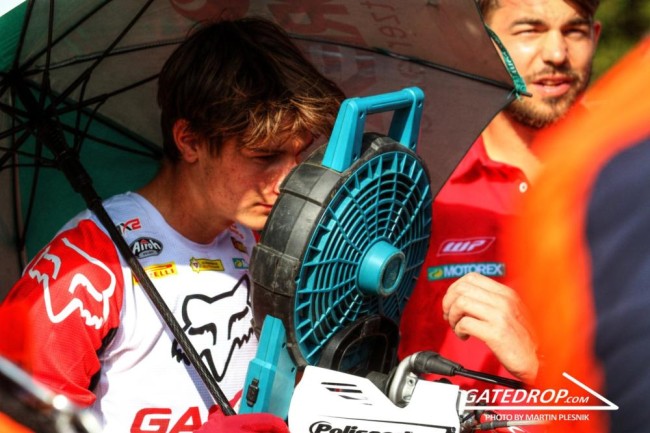 In 2020 Joel Roelants worked as part of the Diga Procross GasGas team as rider coach which saw him work closely with Simon Längenfelder.

The young German made the jump up from the EMX125 championship but already put in a fantastic result at Valkenswaard at just the second round of the series – fifth in moto two was a superb result.

Roelants wasn’t surprised because he saw the speed Längenfelder had coming into the season at the practice track.

“He didn’t surprise me in the second heat because in the first moto he crashed at the start and the first few laps, I was not blown away because I know what he can do at practice, but I saw the Simon that I wanted to see. This is what we train for. He was disappointed after the first race because he knew he could do better at Valkenswaard, he still finished 21st after being on the ground for a long time in the first corner. He was frustrated but I spoke with him and told him that if he rode the second moto like he did the first few laps at the beginning that I was 100% sure that you can ride top five. When everything goes right it’s even possible to do more. Maybe at the beginning he wasn’t 100% sure in himself but once I spoke with him and told him the positives from race one, he was ready for the second race on a high”. 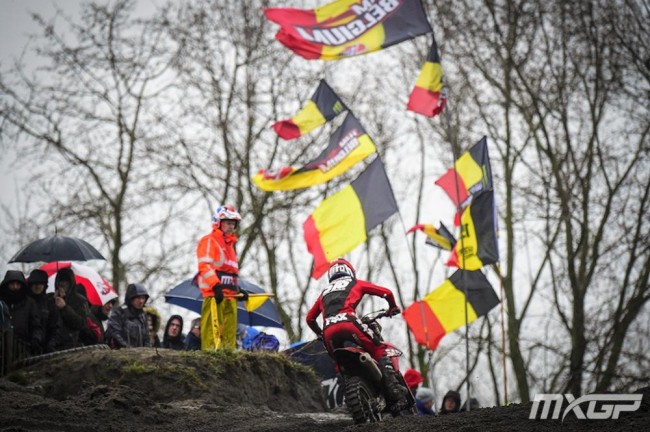 “He was focused on the start because the conditions were sh*t, he finished fifth in the second race and that’s what I said to him before the race, so I was super happy to see him do it already. It was only his second GP ever so even though it didn’t surprise me I was super happy that he did it. At the end of the day, you can have the speed, the bike but at the end the rider has to do it himself and he really did a good job there as well as Sydow after a not good Saturday. He turned it around and both riders on Sunday felt fit and could push good. It was actually a new situation for both of them to be in the top ten, but they did what they had to do and I was super pleased with them”.

Despite being German, Längenfelder has had the better results in the sand over the past few years – but Roelants believes he’s as good in the hard pack too and will show that this year.

“Längenfelder has been on the sand a lot at Lommel and Honda park when he was on the 85cc actually because they knew this was his weak point at that time. I think he has developed really good in the sand, for sure he can still get physically stronger and also his style and rider lines have to be defined sometimes. Although he has already made a big step and already strong in the sand, there’s room for improvement so we are trying to get him as good as possible in sand and hard pack”.

Injury cut Längenfelder’s season short in 2020 but there’s no doubt he would have had good results – he was already surprising at the beginning of the season and would have continued to get stronger. For the 2021 season, Roelants believes the young German can get on the box and then be a possible title contender in 2022 if he can stay injury free.

“In my opinion if Längenfelder keeps doing what he has to do and stays healthy, he should get some podiums in 2021 and fight for the title in 2022. That’s what he should do, anything less than that is not good, I think. If he takes the maximum out of his capacities, then he’s a title contender in 2022 – if he doesn’t get big injuries”.

The MX2 World Championship is looking stacked in 2022 but there doesn’t seem to be loads of hype around the young German which could help take the pressure off. There’s no doubt he can cause surprises in 2021 and beyond!