Ferrandis: I just gave everything I had 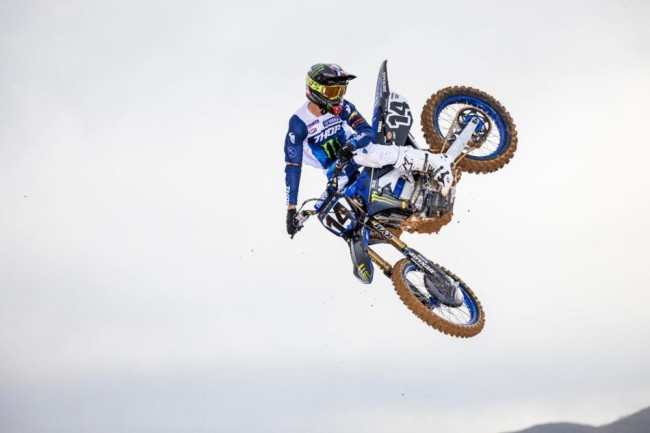 Dylan Ferrandis has surprisingly admitted he was a bit intimidated by racing with the all the 450 champions and riders he looked up to! The aggressive Frenchman, who is known for his aggressive riding even against Jeffrey Herlings, says he struggled in practice because he struggled to accept he was on the level of the likes of Tomac, Roczen and Webb!

“It was a surprise the result was really good, (but) really happy about it, said Ferrandis. “It was hard because everything is really new for me and the team, we don’t have the experience of the 450 in race conditions. We had to really learn during the press day, during every practice, I struggled a little bit to get the rhythm and find myself with the top guys. Everybody is a past champion or past winner, so it was hard to find myself with those guys.

“For me I why I struggled a little bit in practice to accept that I earned that spot in 450s. When I was on the track with the guys, I realized I was on track with the racers that I always looked at on TV and admired when I was younger or even the last few seasons. Just to get the mindset that I need to race these guys now and not just watch them. So it took time, some laps, but in the main event it was pretty crazy because I was battling with Webb and Anderson. Mentally it was really hard to accept that I was there with these guys and I need to fight with them and race them now, it was pretty difficult. I kind of know it now and I’m glad this first one is over and looking forward to the second round.

“In the main event the racing conditions was great for me and I just gave everything I had until the checkered flag and it paid off, so really happy about that. We learned a lot with the team, I will try to improve the bike a little bit and see what we can do in the next race.”

Ferrandis said he won’t ride between Saturday and Tuesday but is hoping to get some practice in between Tuesday and Saturday’s races. “Everyone is a little tired and sore form the first race and all the excitement of the first race but yeah after the second one if we find a track I think we have our practice bikes so if we have a chance to ride we will. Especially for me, I missed seat time and I want to try some stuff on the 450 Yamaha so that would be great.”