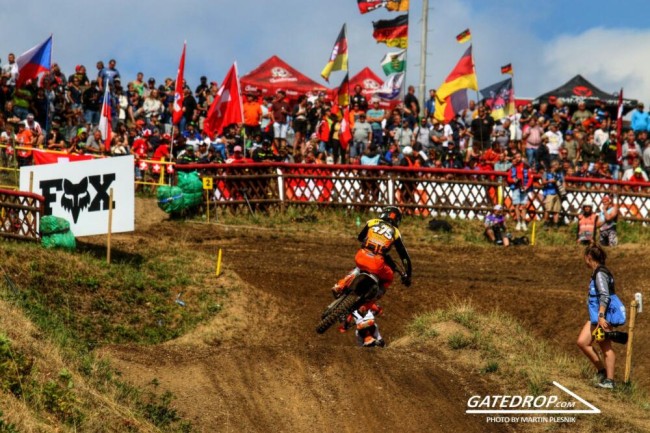 In the opening EMX85 race, Gyan Doensen and Vitezslav Marek were in a class of their own! Doensen was fifth around the first corner but didn’t waste anytime getting himself into the lead and stretched out a lead of around eleven seconds.

Marek who won the title last year has been racing the EMX125 series this year got himself into second and then started to close the gap down to Doensen – with a lap to go he was right there but the Dutch talent held on for an impressive win.

The second race went according to plan for Marek as he beat Doensen out of the gate – the Czech talent was inside the top five and didn’t take long to get himself into the lead. Doensen was outside the top ten on the first lap and got caught behind Cardineau for more laps than he’d have liked. The Dutch talent rode well to came back to second with Marek gone at the front.

Marek won the title for the second year in a row in front of his home crowd. Italian talent, Filippo Mantovani rode really well to earn the bronze medal.

Freddie Barlett had a great weekend finishing fourth overall on his KTM. 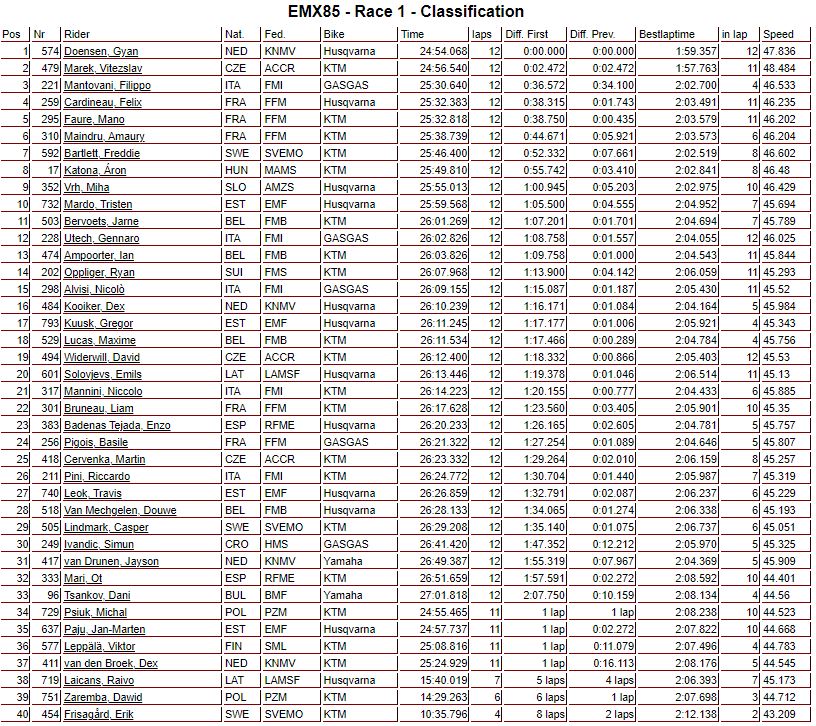 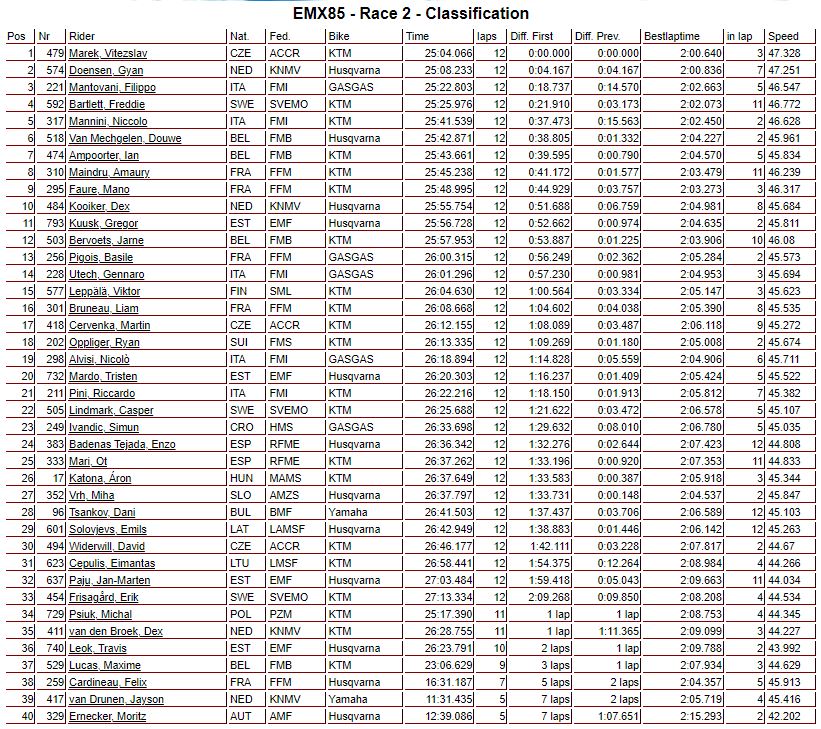 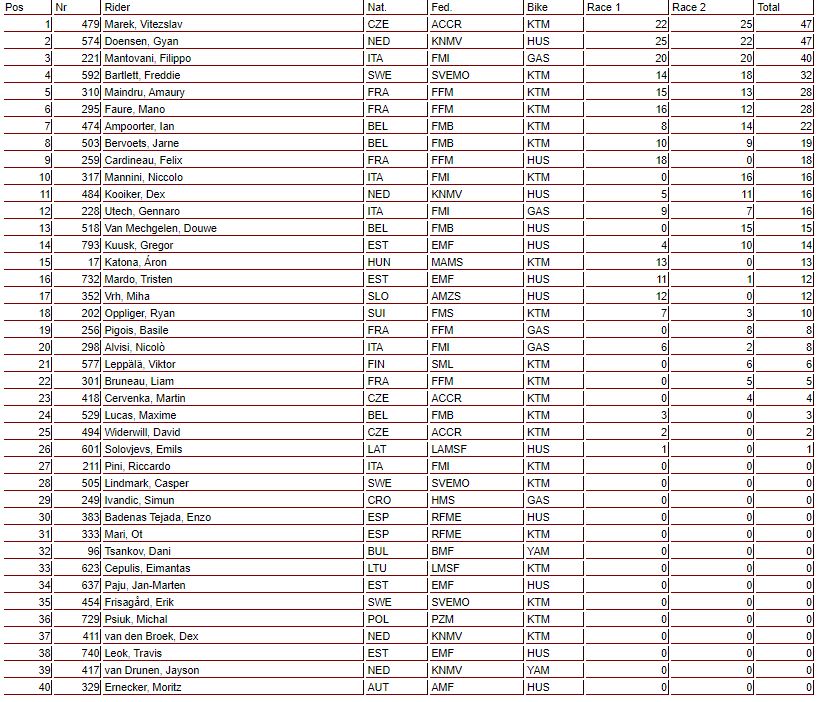