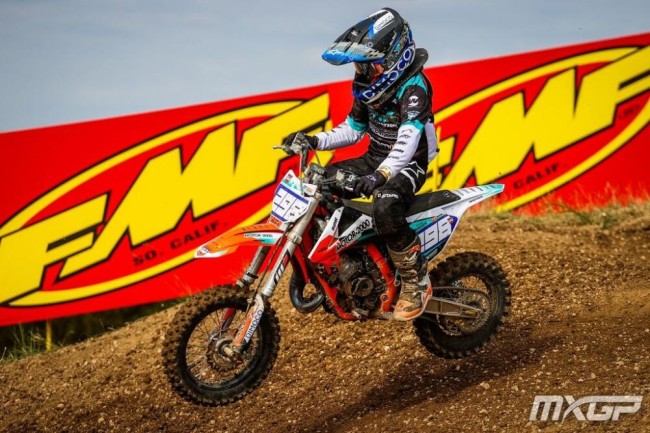 There’s plenty of talent on show in the EMX65 class this year with them ripping around quite a bumpy track for the smaller bikes. In the opening race, Alex Novak from Slovenia was holding the race lead but the top three were always quite close – with a lap and a half to go Ricardo Bauer made his move into the lead and then pulled away to take an impressive race win. Jorge Salvador passed fellow Spaniard, Pau Caudet Ruiz to secure third sport on the final lap.

The second race was more straightforward for Bauer as he got a better start and led every lap to clinch the EMX65 title in style. After having issues in race one, it was nice to see Lucas Leok at the front as he rode well to come home in second.

Caudet Ruiz had a good race finishing third to secure second overall despite a crash after the finish line! He was joined on the podium by fellow Spanish talent, Jorge Salvador who secured third overall. 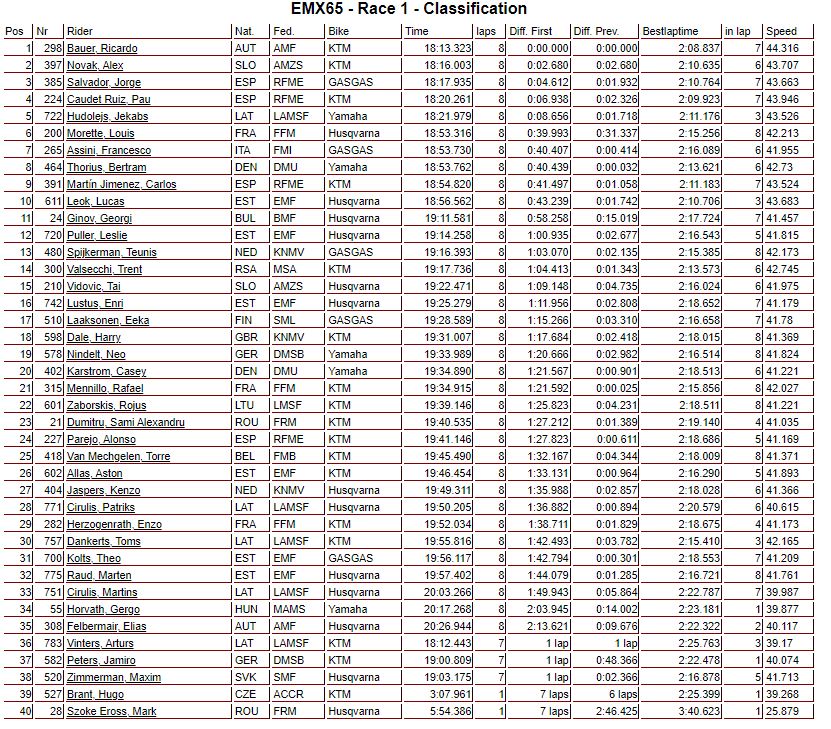 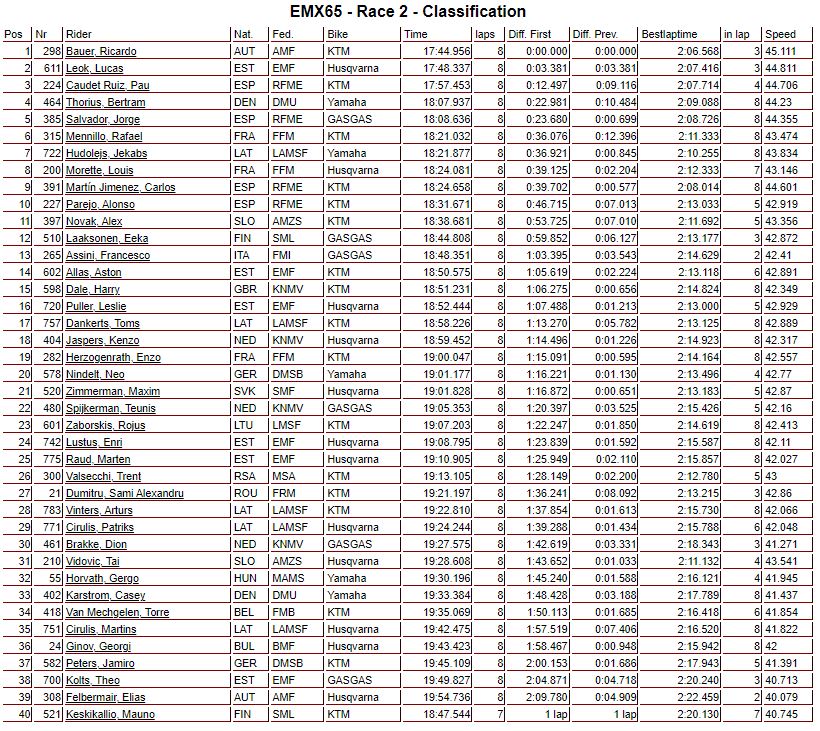 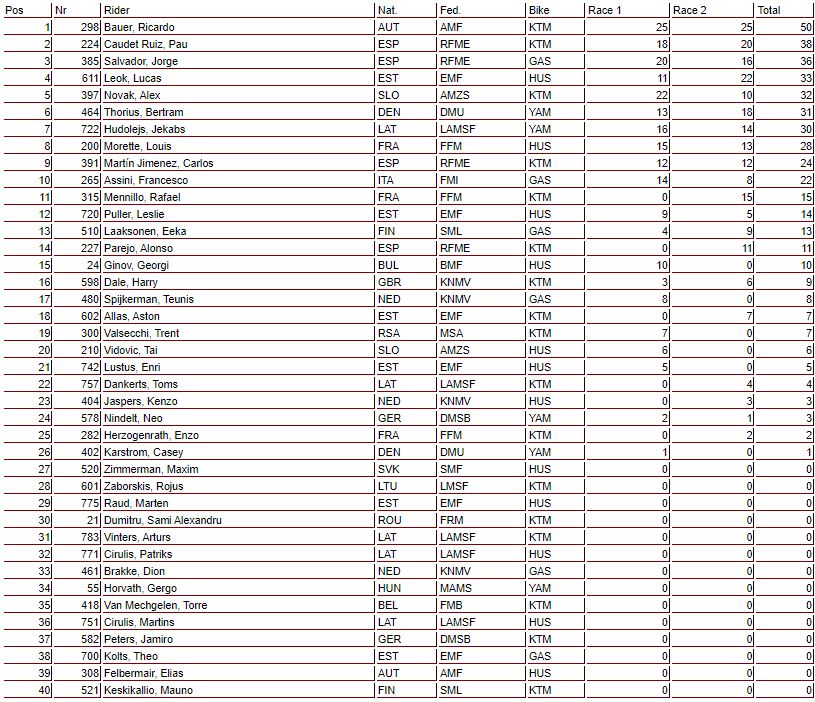