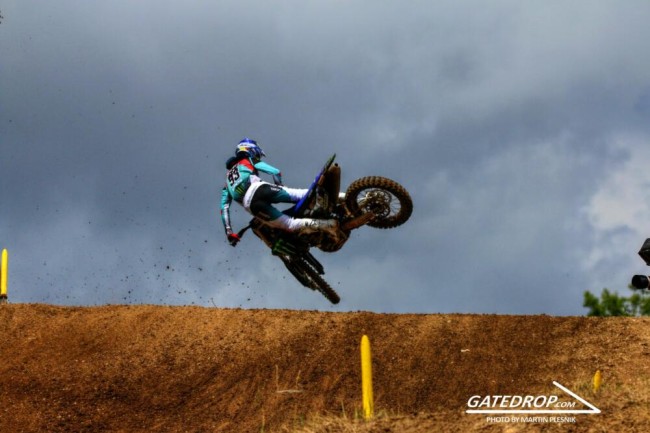 In the opening moto, it was another Thibault Benistant masterclass as he continues to go from strength to strength. Benistant grabbed the holeshot on his Factory Yamaha and was comfortable right at the front, Simon Laengenfelder was also riding really well in second but towards the end Benistant pulled away to take an impressive win.

Tom Vialle didn’t get the best of starts and on the opening lap hit the back of Andrea Adamo but the French rider was struggling and dropped back to tenth. We believe the French rider had technical issues.

Jago Geerts was fourth on the opening lap before passing Stephen Rubini coming home in a solid but unspecatular third position. Rubini and Horgmo were going at it for fourth before the French rider stalled gifting Horgmo the fourth position.

The second race normal service was resumed as Tom Vialle and Jago Geerts went at it! Geerts had the early lead but on the opening lap Vialle made a quick pass. Geerts didn’t go away though and was putting the Factory KTM man under pressure. With ten minutes to go Vialle then made a costly mistake going off-track which allowed Geerts back into the lead.

A couple of backmarkers then weren’t kind to Vialle but he dug deep and was on Geerts rear wheel with a lap to go – what a race! The Belgian held on to take the overall win (his first since Maggiora at round seven) and the championship red plate. 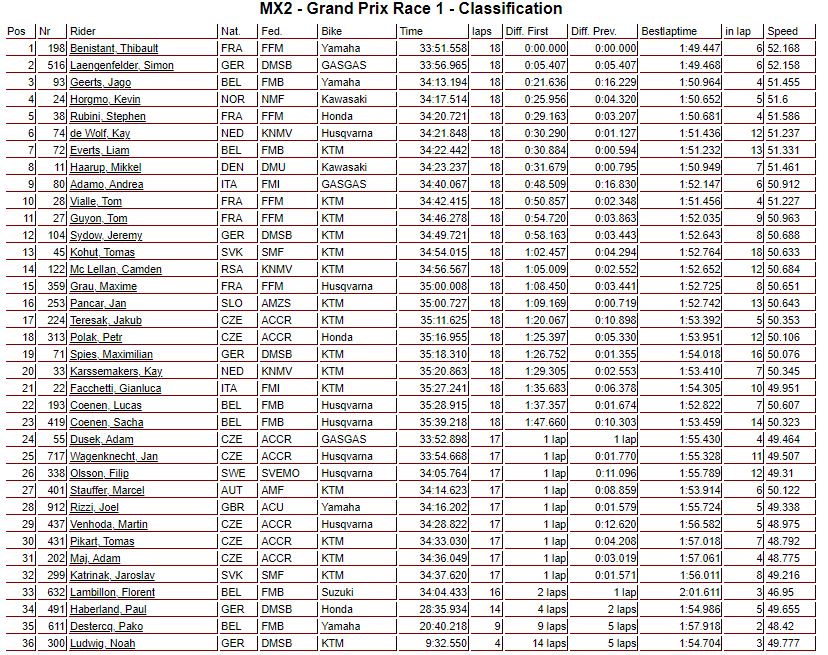 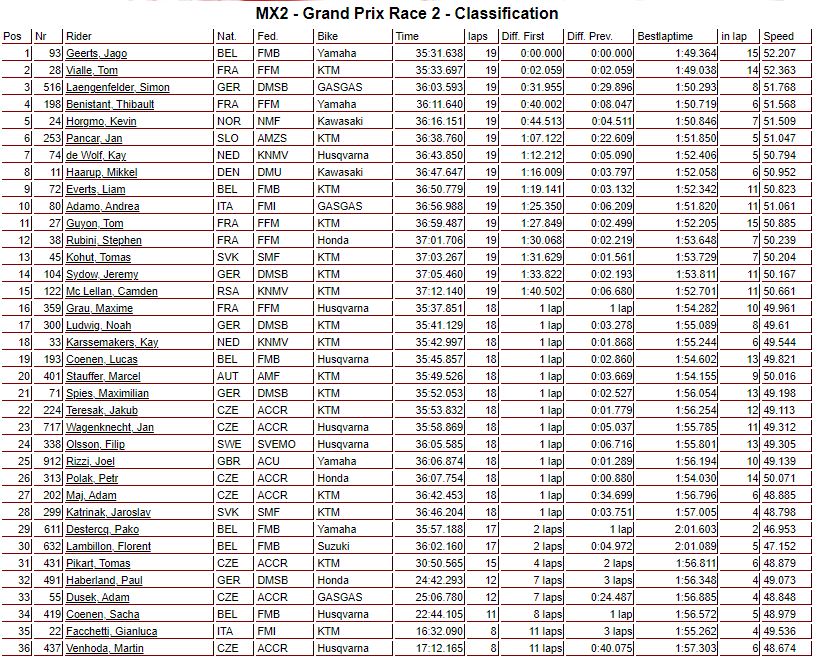 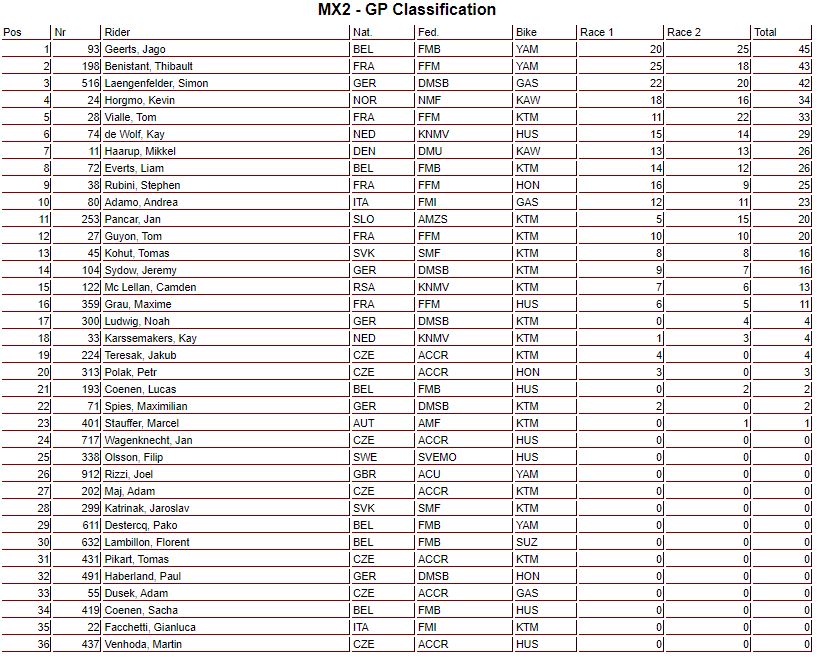 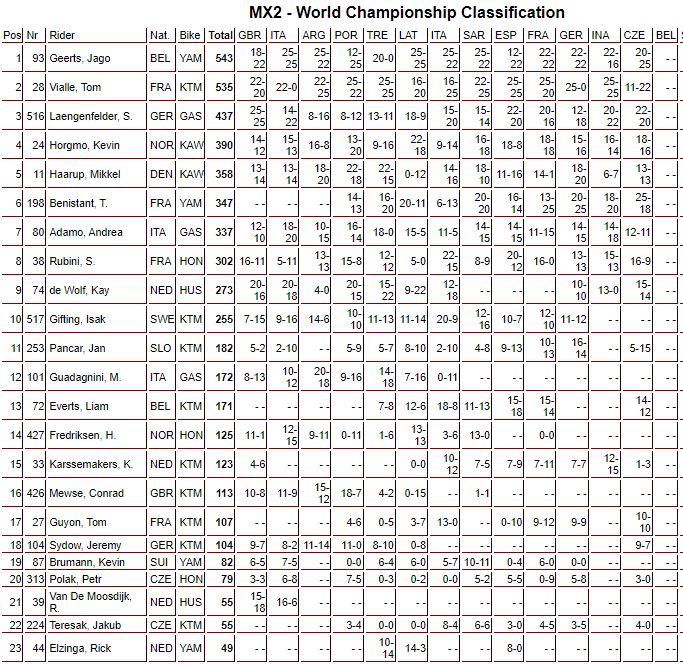