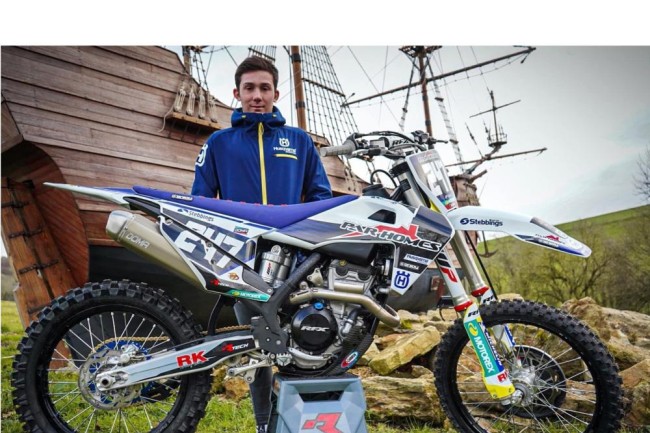 After a strange and testing year in 2020, PAR HOMES HUSQVARNA powered by STEBBINGS CARS are ready to hit the ground running in 2021. Team principal Neil Prince, and the team, have been putting in the hard work throughout what has been one of the strangest preseasons to date. With lockdowns, injury’s and travel restrictions changing plans each and every week, the team can finally click the next gear as they prepare for a busy 2021 season.

Josh Gilbert #3 was due to take a step up to the FC450 for the start of the 2021 season however unfortunately Josh sustained a knee injury towards the end of last season. The British rider has chosen to have it operated on late January to minimise any lasting effect. This unexpected news means the return of the vastly experienced, 2018 British Champion, Evgeny Bobryshev #777 who will be piloting the Husqvarna FC 450 in the MX1 class of the ACU British Championship as well as select rounds of the FIM World Motocross Championship inthe MXGP class.

The first of 2 new faces is Callum Mitchell #32, who will be competing in the MX2 MXGB, MX2 Michelin MX Nationals and selected EMX250 rounds, riding the British Championship winning FC250. Callum has been one to watch for a number of years and we are very excited to see what he can do!

Another big change ahead of the 2021 season is the introduction of French young gun Florian Miot. After an impressive display in EMX125, Florian will be taking to jump into the extremely competitive EMX250 as well as also racing MX2 in the British championship and MX nationals.

In addition to the line up above, Charlie Putnam #91 will be taking a step up and riding the FC450 year, competing in the MX1 British
Championships and EMX OPEN. Also taking a step up is his younger brother Syd Putnam #19 who is making the switch to the TC125 for
2021.

The team are currently preparing to head to Spain in the next few weeks to continue the working towards the 2021 season.