Lawrence: We are going for the world championship! 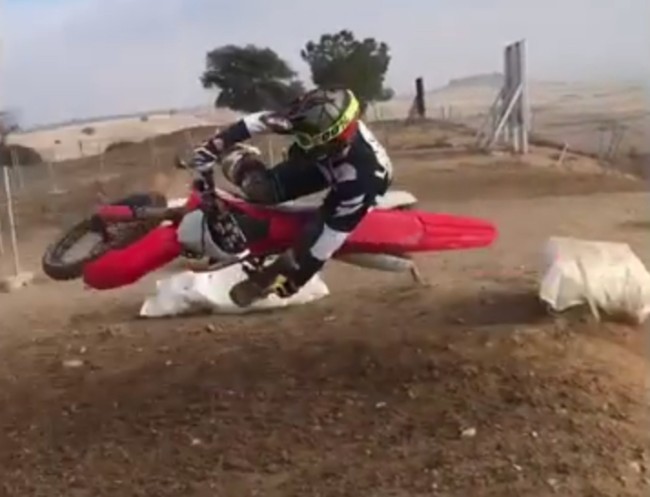 Hunter Lawrence kicked his Honda career off in style by winning the first MX2 Italian international championship round in Italy against world champ Pauls Jonass.

But the Aussie was not getting carried away, despite holding Jonass off at the end of the race, and said the event was just practice for the MX2 world championship series.

“We didn’t come here with any expectations,” admitted Lawrence in his post-race interview. “Of course winning is awesome and that’s what we work very hard for but we just came here for race practice. The GP season is about to kick off so we just wanted to get some practice races under our belt and it started off pretty good.”

It was a point underlined in the second MX2 moto (when it was combined with the 450 class) that saw Lawrence pulling into the pits to make some adjustments to the bike. His 114 Motorsports Honda team manager, Livia Lancelot, confirmed during the moto that Hunter wasn’t concerned with his finish in that moto but was just using it for testing.

Hunter’s focus is, as he admitted after, to be world champion in 2018 before he heads to the states, but he says he wants to be smart about the season.

“We aren’t here to go and get eighth or something we are going for the world championship but we have to be smart and reasonable about it,” explained Lawrence. “It’s not always the fastest guy that wins as you have seen it he last years but the most consistent. We are just going to keep our heads screwed on and keep working.”

To be on pace on a new bike with a new team is pretty impressive already for the Aussie and, after a learning year last season that ended in consistent podium speed and race wins, Lawrence appears to be coming to 2018 in with a wise head on young shoulders.