Joel Rizzi on his MX2 World Championship challenge: Wants to be a prodigy of Honda 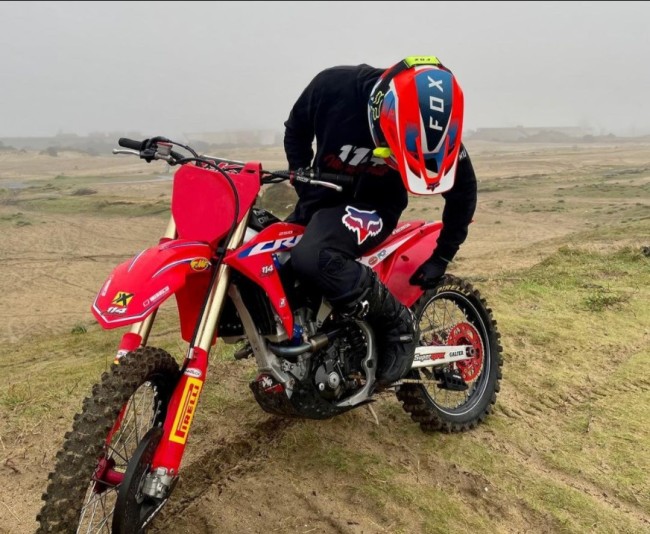 For the 2021 season, Joel Rizzi has an amazing opportunity to step up and race the MX2 World Championship after inking a deal with the 114 Motorsports Honda.

The young Brit has already moved to France and has been putting in plenty of laps to prepare for the 2021 season, the jump up to the MX2 World Championship is a big challenge but one he’s ready for.

“I’m not really assed if it’s going to be hard, I just want to knuckle down, get to grips with the team, the bike, racing MX2 and everything like that. I am looking forward to living the MX2 lifestyle and keep improving. You know I am coming into MX2 and everyone is thinking that I’m going to be nowhere so I’ve got no worries. I’m just going to hang it out the best I can on an amazing bike and see what I can do. I just want to show my speed, I’ve done that in the Latvian qualifying and stuff. Benistant jumped into MX2 and done really well, it shows the EMX250 pace this year has been insane. I feel like if I can get a brilliant pre-season in then I can run up there to be honest”, Rizzi told GateDrop.com.

“Giacomo (Gariboldi) spoke to my Dad and was saying about how they signed Tim Gajser six years ago and they didn’t really know who he was, but they took him on and six years later, he has four world titles to his name. I kind of want to follow in his footsteps and be a prodigy of Honda. I want to build with them, to have a two-year deal with an option of a third, it’s a dream come true. In two years, the amount you can accomplish is loads”. 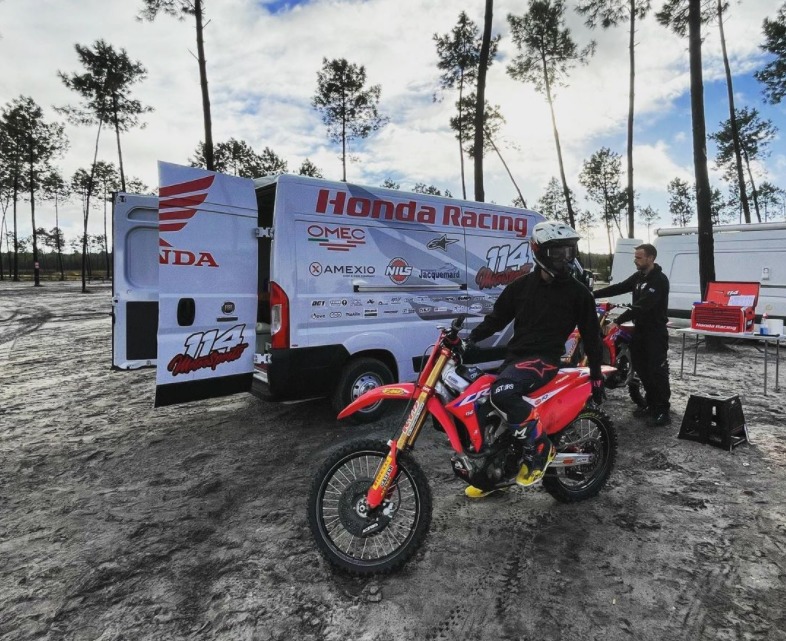 Rizzi isn’t putting any expectations on his rookie year in the MX2 World Championship, he knows if he can ride like he can during the practice days then the results will come.

“Results wise, nothing. I just want to go out there, enjoy myself and if I can improve and ride like how I ride on practice days – the results will come. I think I will shock some people”.

In the past, Rizzi admits he has had mental problems to translate his speed from the practice track to the races but he will work with a mind coach in 2021 which will surely him help improve in that area.

“Totally, it is a mental thing. For this year and that I actually have a mind coach let’s say, to help me with this. I have struggled with that so much last year with my mental side. With how I’d ride at practice days I’d be like 1 second off Gilbert and then when it comes to race day and I’m miles off him. It’s stuff like that and my head would just go at the races, I’ve looked into the mind coach thing and I never believed in it but then I did one session and it’s a totally different thing”.

“It helps with your confidence and everything so I’m excited to see how that works for next year. Like you said, it’s just a whole different league in the European scene, everyone is a similar speed and us British riders aren’t used to it. We have the MX Nationals this year which is nothing like European races and stuff like that”.

It’s exciting to have another young Brit contest the MX2 World Championship and there’s no doubt that Rizzi has a lot of potential.

The 114 Motorsports team have entered the first round of the International Italian Championship at Riola next weekend so we won’t have long to wait before his debut with his new team provided they still decide to race after the start of the World Championship was delayed until May.