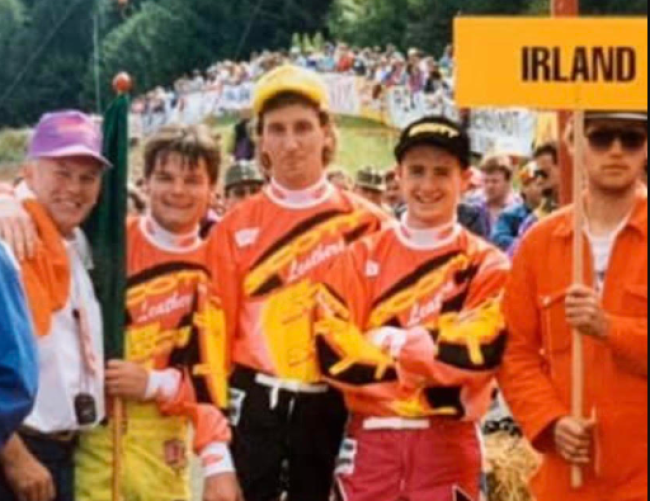 Brian Steele needs no introduction when it comes to Irish Motocross as he represented Ireland eight times at the Motocross Des Nations. In 2003, Steele was part of the team in Zolder, Belgium that finished an amazing seventh overall.

We got in touch with Steele and he reflected on many memories he has from the events.

Gatedrop: What year(s) did you represent Ireland at the Motocross Des Nations and at what tracks/countries?

1991 Valkensward Holland – USA won with Damon Bradshaw, Jeff Stanton & Mike Kiedrowski, 17th overall.
1992 Manjimup Australia – USA won with Jeff Emig, Mike Larocco & Billy Lille’s, we finished 12th overall.
1993 Schwanenstadt Austria – USA won with Jeremy McGrath, Emig & Kiedrowski,  11th overall.
1994 Roggenburg Switzerland, 13th overall, I had a memorable ride in the qualifying heat leading the race for a time finishing 3rd after being passed in the last corner by World Champion, Dave Strijbos.
1996 Jerez Spain, 11th overall, I had my best ever result finishing 8th overall in the 125 category, a breakthrough ride for me.
1997 Nismes Belgium, 14th overall, I crashed hard in training on Saturday damaging my arm quite severely I was unable to ride to my potential on race day, managed to finish the races to keep us from having maximum scores.
2002 Bellpuig Spain, 9th overall.
2003 Zolder Belgium, 7th overall – proud to have been riding with Gordon and Adam to record Ireland’s best result in the competition, an incredible experience and one that finished my career at the event. An excellent way to bow out. 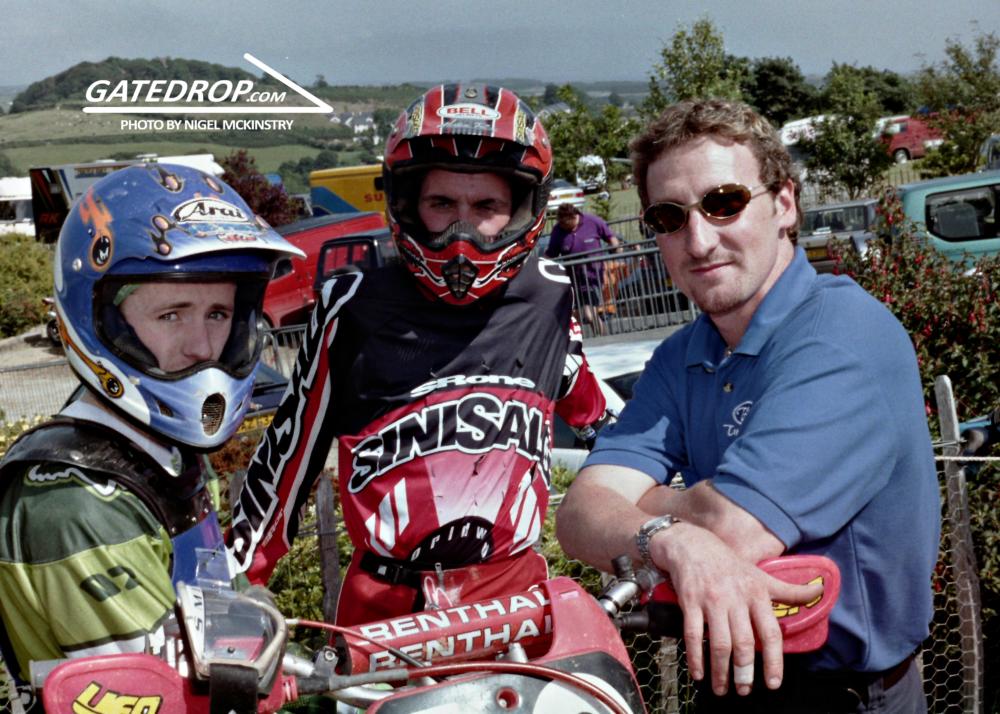 Gatedrop: The first time you got the call to represent Ireland at this event, how did it feel to get selected?

Steele: My first call up in 1991 to race at Valkensward was incredible; it’s a tremendous honour to pull the Irish jersey on and represent the country, we always had a strong following of supporters, early days GAWA (Green and white army)!! Who made the experience special. I recall lining up with Jeff Stanton, factory Honda star from the USA, sat beside me on the start line and managing to beat him into the first turn, short-lived I should add!

Gatedrop: What top riders where you up against from other countries to give people an idea of the level – do you remember which nation and individual riders that won (also who were your Irish team mates)?

Steele: The trip to Australia was genuinely memorable; we spent 3 weeks in Perth with a great bunch of people including Laurence Spence, who looked after the bikes we borrowed, my teammates, William Burgess and Stephen McCreery. Looking back at the riders I raced with over the 12 years it’s incredible to look at names like Jeff Stanton, Damon Bradshaw, Jeff Emig, Jeremy McGrath and Ricky Carmichael to name a few.

Gatedrop: What were the tracks like at the MXoN you rode and did you feel you were well enough prepared for them?

Steele: Tracks were the typical GP track, my favourite being Roggenburg in Switzerland, set in an ideal Alpine valley, motocross heaven. A memory from this event was Greg Albertyn hitting a deer on a fast downhill section while he led the race, the race was stopped because of the incident. While hard pack tracks are pretty straight-forward to prepare for I found the sand tracks a more significant challenge, deep sand is notoriously tricky and not something I often rode in, that said a rider must be able to perform in any condition to be viewed as a complete package. 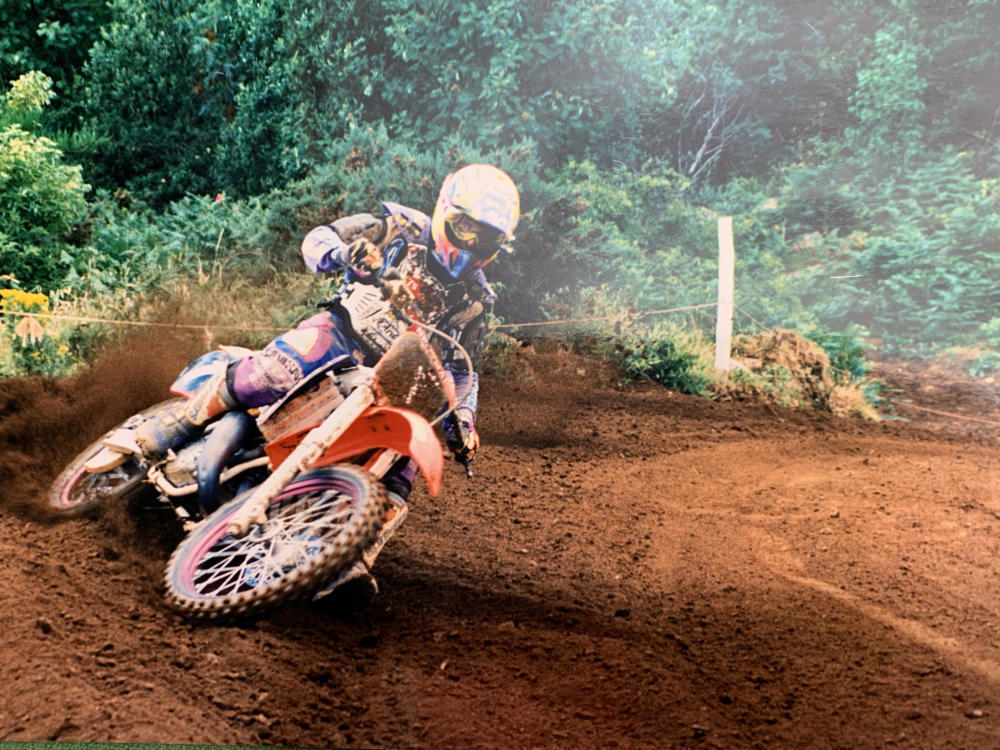 Gatedrop: When you look at the Motocross Des Nations now, do you still think it’s still as special as it used to be?

Steele: I feel the event has lost some sparkle over the past 5-6 years, the USA team have lost interest somewhat due to their long Supercross and Outdoor season starting in January and ending September meaning the time they can get a break is October. Roger DeCoster, team USA manager has struggled to field anything like their best team for a few years and that has had a negative impact. My view is there is merit in having a “Ryder Cup” style event, top 15 from Europe v’s Top 15 from the USA, I feel there would be a real appetite from the media and public for that event. I appreciate its not ideal for smaller nations riders who would struggle to make the team but the public would get to witness a truly world-class event.

Gatedrop: What advice would you give to any young rider who might be lucky enough to get selected for the event for the first time?

Steele: Act and live like a top professional before you become one and ride with the best riders you can find locally, many talented riders fall short on the work-ethic and dedication needed to ride with the best riders in the world. Compete in Europe as much as possible, European Championships are a great stepping stone for riders to ride on GP standard tracks with the best young riders which rapidly develops a riders skill set and understanding of how to ride fast. 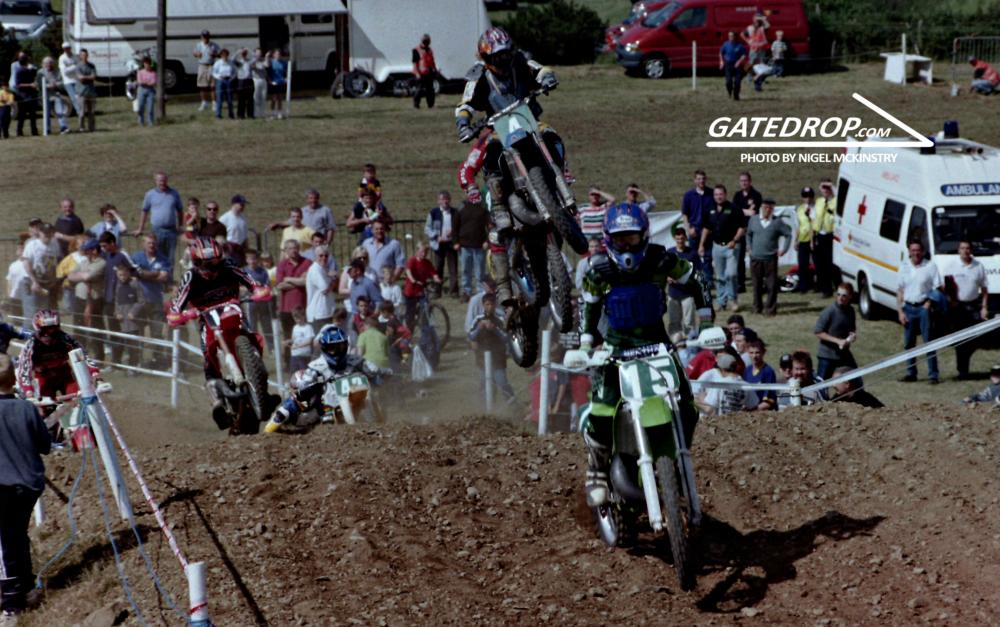 Gatedrop: At a domestic level, what were your biggest achievements and what good memories do you have outside the Motocross Des Nations?

Steele: I’ve been fortunate to win a round of the British 125cc Championship riding for David Watson’s Race Spec Honda Team finishing 5th in the Championship, I’ve won a few Irish and Ulster Championships although having spent a large percentage of my career in Europe I had limited opportunities to ride a complete series. I spent the Winter of 1991 in Florida where I raced the Winter series and raced at the first round of the AMA supercross series in Orlando, a great learning experience in many aspects of life as well as bike riding. I spent time with Kurt Nicoll at his home in Montauban in the south of France, we trained and rode together which was excellent, Kurt was an inspiration in many ways, dedicated in every aspect of being an athlete and how to be the best he could be on a bike a true professional. I valued this time and look back with fond memories of my time there.

Racing at home was enjoyable, an opportunity to have family at the races which was good. I was very fortunate to race in an era where we rarely rode the same track twice in a race season, vastly different from today’s limited number of venues hence the need to race multiple times within the season. In summary I enjoyed a successful career in Motocross, met some great people, made memories with my family and travelled the world doing what I loved doing for that I’m very grateful. 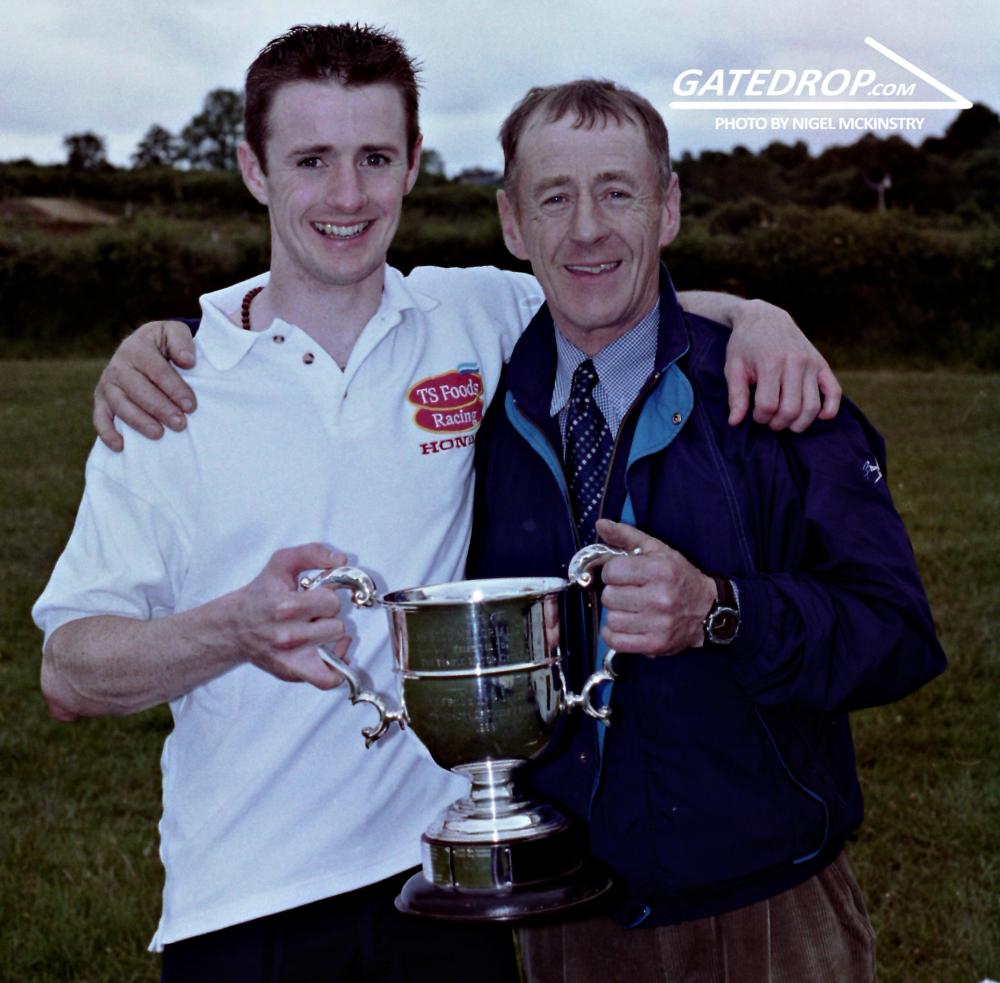