Interview: Thomas Covington – riding for team USA and ready to win the MXoN! 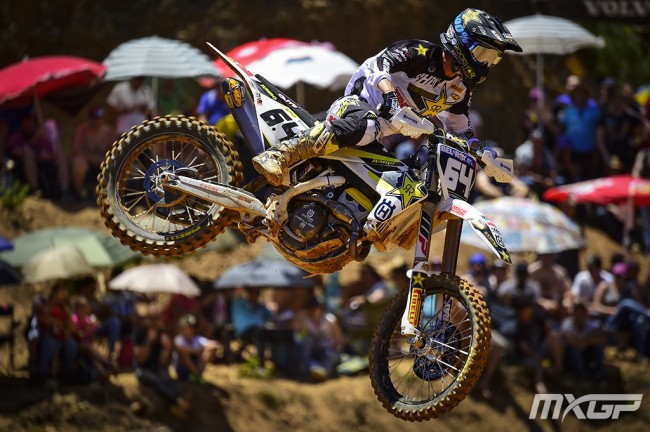 Thomas Covington will represent team USA for the first time in his career this weekend  – and will do it on a 450!

The young American who has ridden superbly in 2017 to claim two GP wins and fifth overall in the MX2 world championship and was regularly in the top three in the second half of the season as he really began to find his groove and show his potential.

“I just had too many DNFs (5).” says Thomas of his season in his Motocast interview. “I was really happy at the end of the year with my riding. That’s where we should have been all year but it just took us a while to get there. Once you get that first podium it gets the confidence going. There are a lot of guys in MX2 who are fast and capable of running top five.”

“We want to come out next year swinging. Even now at the end of the season we were finding more improvement. Testing on the 450 the last few weeks I have found some things I would like on the 250.”

On riding for team USA Covington said: “I think it’s been over 20 years since they picked a GP American. My dad talked to Roger DeCoster trying to get Tomac to come, but Roger was talking to him about me and dad said I should talk to him. So I wrote him an email saying I wanted to go and had experience at Matterley and with the two-day format and metal start gates.

“I also said I could ride the 450, I rode it a bit before the GP in Mexico and it suited me really well, I just loved it. I think some of Roger’s guys probably saw me out at the track riding. He was really positive straight away and thought it would be a good decision. The next week before they announced it at Unadilla he sent me an email to say I was in, I was just really happy. Not many people get to do this, it’s a dream come true.”

“All three of us (Thomas, Zach and Cole) really want to do it, we really want to represent out country. America hasn’t won in something like five or six years. So we are ready to bring it back home.”

Covington says he was pleasantly surprised at the reaction back home at getting chosen to race for America as a current GP rider.

“It was cool to see how many people were stoked and the positive feedback on the announcement. The average American fan doesn’t know too much about GPs, they pay attention a little more now but for the most part they don’t know what it’s all about and how good the guys are here, so I thought it would be a bigger surprise for people. I think people have a lot of faith in Roger.”

“I have only been to one Motocross of Nations and that was last year! The English fans are pretty wild, I think there will be a good turnout. There are a lot of solid teams this year, I don’t think there is one clear favourite.”

There is a nice synergy to Covington racing for team USA at Matterley – it was the first race he did in Europe when he competed in EMX2 and Covington says he loves the track.

“I love it. I look forward to racing there every year. it’s a big wide track, it has really good dirt, the jumps are pretty cool too. It’s kind of American style, big nice jumps and fast, I just feel at home there.” enthused Covington.

You can listen to the full insight full interview by Motocast’s Nicholas Schroder below: