Interview: Jeff Emig on his MXoN career- it’s some of the highest highs and the lowest lows 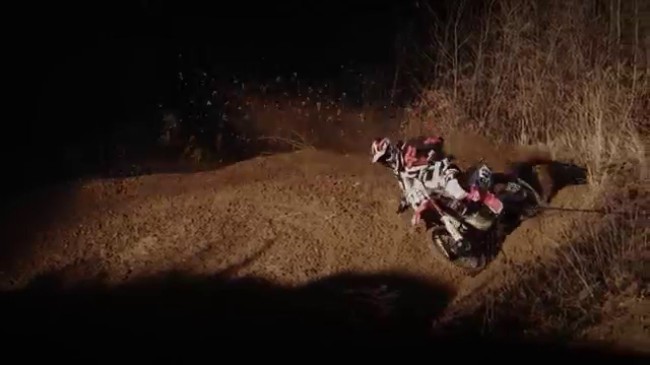 The former 1997 250 supercross champ and three-time outdoor national champion was one of the huge stars of 90s motocross and was known for his smooth riding style and cool riding gear. The now supercross colour commentator gave us his memories of racing at the Nations and well as his pick to win the 2017 edition!

You raced the Motocross of Nations many times, what are your best and worst memories of the event as a rider?

The best memories were winning the event in my first year in ’92. My last year was ’97 and as a team we had a really bad event. The defeats at the Motocross of Nations were really difficult for me. At that time in 90s, team USA were the favourite every year and we were expected to win. So even though my individual results were always really good, as a team I won three and didn’t win three. It’s some of the highest highs and the lowest lows.

The event in ’94 were Great Britain won the event for the first time in a long time and team USA had been on a long winning streak. I think we won 13 in a row and to be on the first team that didn’t win it, and just the nature of it – I went 2-2 in the 125 class but Paul (Malin) was better that day. If I had won both motos we would have won the event, but Paul had a day of days and that’s how it went down. But certainly some of the best days and the best memories and some of the most heartbreaking memories were all wrapped up into that one event.

At that time in the 90s you had a big rivalry with guys like Mike Larocco and Jeremy McGrath. Were you able to put those rivalries aside and leave them in America when you raced the Des Nations, or how did that work?

Yeah that’s an interesting question, but yeah you find a way to put your differences aside and ride for your team and your country. In ’92 my first year we rode in Manjijump Australia and we still had two races to go in our motocross championship at home and Mike Larocco and I were in a pretty intense battle yet we rode the Nations event as a team.

I didn’t speak to Mike much at the time, we didn’t talk much and we were in the van going to the hotel after the race, Mike is a man of few words anyway and he looks over at me and says, ‘man, we really kicked their ass today didn’t we?!’ And I was kinda like thinking, are you talking to me, well there is nobody else in the van so I guess so! And I replied, ‘yeah I guess we had a pretty good day.’ And then we went back to being rivals!

Just on that, with the amount of races you had then and they still do now, what are your thoughts on the riders that want to concentrate on supercross coming up and don’t race this event?

I would rather have a rider with a good attitude and with a desire to be here and be on the team than with a guy that didn’t have his heart into it 100%. Whoever that rider is, if he isn’t 100% dedicated to the success of the team then I will take the B rider if you want or even the C rider with the right attitude. I know that we have talented and fit riders all the way through our choices, so I am not worried about it.

So who do you put in the top three?!

This is a very, very difficult event to predict! When you look at it on paper the Netherlands, after a second last year, come back with the same team. I think that on paper they are the team to beat right now, but we will see!

Finally, you competed in the Vet MXDN a couple of weeks ago at Farleigh Castle, how did that go?

Yeah with a D! It wasn’t a good year for me, team Husqvarna international, we had out setbacks – but we looked good on paper and I looked good! ( in the shift gear) And it’s good to see guys I have been racing with for 20 or 30 years.