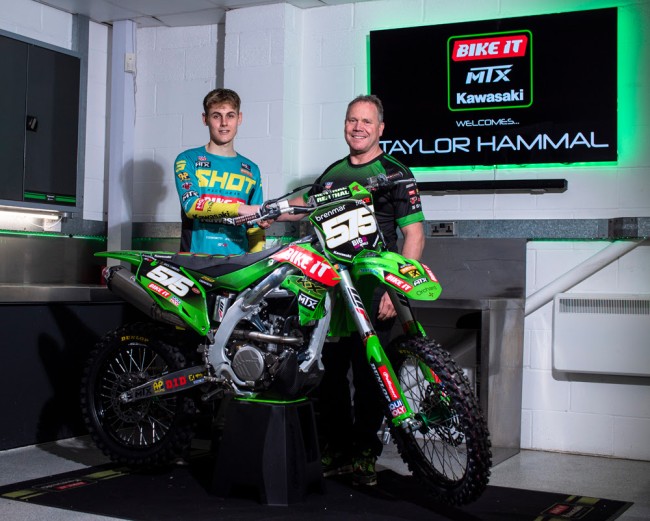 The news finally broke earlier today that young British talent, Taylor Hammal has secured an MX2 World Championship ride for the 2021 season with the Bike It MTX Kawasaki team.

We caught up with Hammal to discuss his exciting deal, goals for the season and much more.

GateDrop: Taylor, the news is finally out. How does it feel to have signed a deal to race the MX2 World Championship for the 2021 season?

Hammal: Yeah, I am over the moon, the opportunity people dream of having so I feel really grateful for the chance to compete in the world championship. It’s what everyone who rides wants to reach so to finally get here feels good but it’s only the start so we will need to knuckle down and get fully focused for 2021 now.

GateDrop: You’ve signed with the Dixon Racing Team and will race Kawasaki, just how did the deal all come around?

Hammal: It was around September time that I first heard about it, we were at Cusses Gorse for the Mx Nationals round. I know a few people that are close to Steve and are at his workshop quite a lot and at Cusses one of them said to my dad that Steve wants me to ride for him or he is interested in me for 2021.

I didn’t think anything of it at the time and just carried on like normal, then he started messaging me just normally but again I didn’t think anything of it. One day I was at work and he asked if I would be ready for MX2 and from then on around mid-September and October I had a meeting with him at a practice track and then in his workshop which is only 15 minutes down the road from me. We talked about it all but I still wasn’t sure if he was offering me a ride or not as he never said but yeah it all went from there.

GateDrop: It can be difficult for riders to land rides that only race in England and that’s what you’ve been doing for a few seasons now, where you surprised when you got the offer from DRT?

Hammal: Yeah, I was surprised to be honest like I said I didn’t think teams approached anyone in the UK to ride for them so I was over the moon when Steve came to me. When he first was speaking to me, I didn’t even think anything of it, just thought he was wanting a chat (laughs). He said he’s been noticing I’ve been getting better and the results were coming so I guess teams do watch what’s happening at the races even if they’re not at the race meetings. 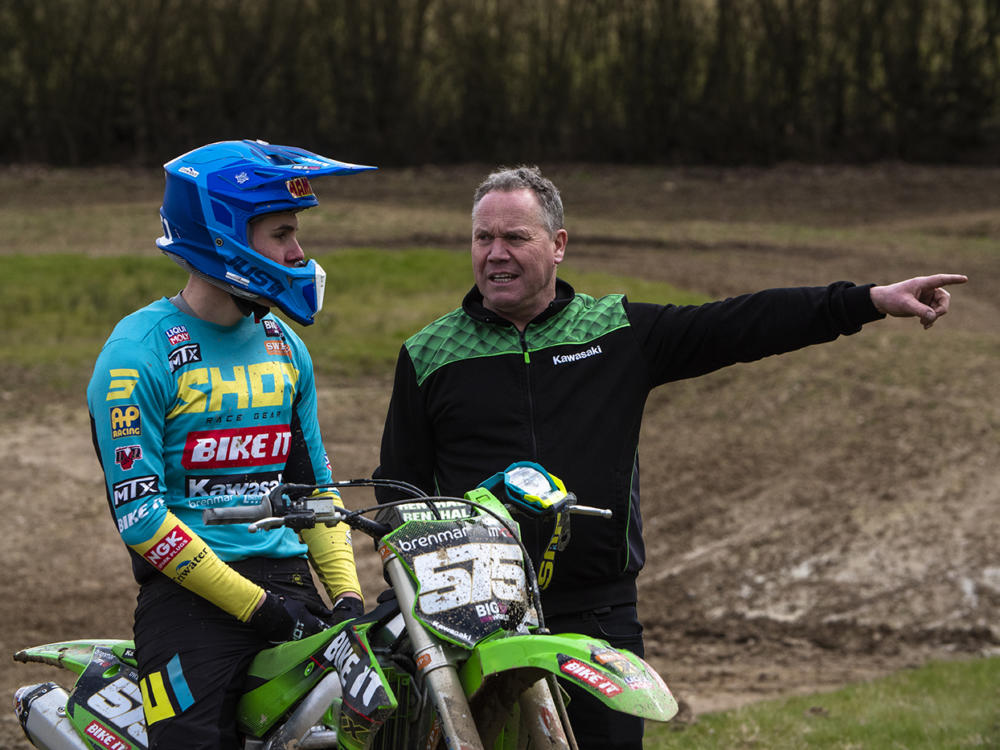 GateDrop: What are you looking forward to the most by racing the MX2 World Championship?

Hammal: Travelling around Europe seeing new places and new tracks. I’m also looking forward to racing with new riders seeing new people and just a change in atmosphere. I feel like if you race in the UK you can get stuck at a level. It’s nice to have a change and a new challenge which is out of my comfort zone but it will be good to experience everything.

GateDrop: Steve Dixon’s team has a lot of history and some big riders have rode for him in the past, do you feel any pressure?

Hammal: When I was down at his workshop having a meeting with Steve, he talked about the riders he’s had over the past. I was sat there thinking, oh my god! He’s had some good riders you forget over the years under his awning like Osborne, Tonus etc. – they’re just a few. So, to be on the same team as them riders have also been on in the past you kind of feel overwhelmed, well I was anyway (laughs).

It’s just amazing to be with the team that I used to look up to and watch when I was younger as a kid. I remember going to Hawkstone when Osborne won the British championship when I was a kid and now to be under that awning is something I never imagined.

GateDrop: Perhaps most people would have expected to see you race the EMX250 series as oppose to MX2, what’s the reason for racing the World Championship and not EMX250?

Hammal: To be honest I have no idea. Steve gave me the opportunity to do MX2 so that’s what I’m doing. I have done EMX250 before and I felt like I did well in the round I did. I rode and beat some riders that were doing EMX this year that were at the front so I feel like if I was doing EMX250 this year I could have done well, it’s just that I was with RHR which are a UK only team. I know you can’t judge yourself against others like that as it’s totally different, but my speed must be there or there about if a GP team have approached me to ride in MX2.

GateDrop: The past few years you’ve been with the Rob Hopper Yamaha team – just how have the past few seasons went – Rob has seemed to really helped you, in what was has he helped?

Hammal: Yeah, absolutely, I can’t thank Rob, Will and everyone involved enough for the last two years. It really helped bring me on as a rider being with them. I really enjoyed riding and going racing with them. The best thing that helped was Rob and Will always going practicing with me week in week out so they really understood and saw my riding where I needed to improve etc. They cared about me whereas some teams all they do is just show up with their riders on the weekends and expect them to win. With Rob he’d be with me throughout the week and see my progression. I am gutted to be leaving Rob but I’m sure I’ll still see him at the races and be around them.

GateDrop: You do have some experience racing the EMX125 championships in the past battling for some top ten results. When you think about what sticks out from riding the EMX125 series?

Hammal: I’ve always contested EMX since I was on the 85’s and have grown up riding against guys that are in MX2 now so the riders are familiar. When I was racing the EMX125 series, the thing that sticks out the most is you have to be on it with qualifying and starts. I think they are so important and they’re the two things I’m not so good at. I’ve been working on qualifying and have got better but I need to improve on both of those for next year as the start is so so important now.

GateDrop: The fastest 250cc riders in the world race the MX2 World Championship, what’s the mindset heading into 2021 and what’s your expectations?

Hammal: To go for it! I have nothing to lose, well that’s not all true but there’s no pressure to start with. I’m going to give it my all as this is an opportunity that could only happen once so I’m going to take it with both hands and do everything to do my best so I can keep doing this as my job in the future. You can’t go there thinking I’m not racing in the same race as Geerts, Viallle etc. Although I’ll probably not get close to them next year (laughs) but it doesn’t matter who it is you’re lining up against they’re all the same as you when the gate drops so you just got to focus on yourself and do your best and not think about anyone else. If I was passing for 20th or passing for 1st the pass would be the same, I wouldn’t think I’ve got to give them room just because they’re leading. 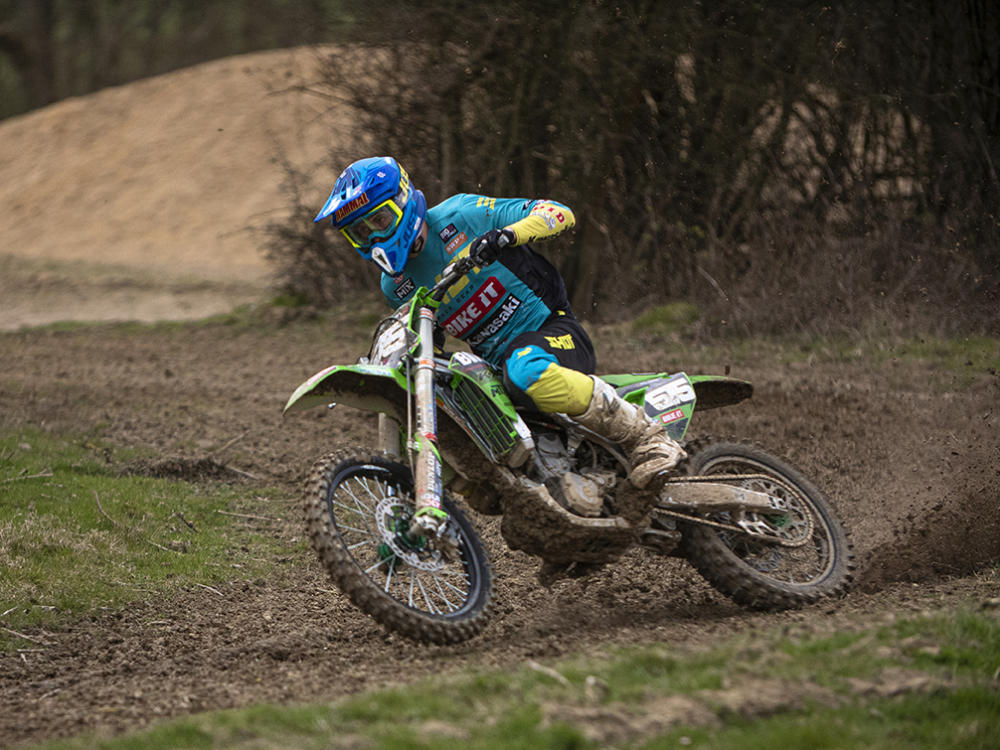 GateDrop: You’ll have a teammate in Wilson Todd who’s raced all over the world. Are you looking forward to riding with him over winter and is there a plan for what you’ll do over winter yet?

Hammal: Yeah, Wilson will be my teammate, I don’t know him of yet and only rode against him once at Matterley Basin GP last year. It’s always good to have a riding partner to train with to replicate intensity and make it more fun. As of yet I don’t know what the plans are yet for winter riding.

GateDrop: The updated GP calendar was out this week, what tracks are you looking forward to riding the most and what’s your thoughts on the calendar?

Hammal: Looking at the calendar there’s a few tracks I like the look of such as Teutschenthal in Germany, Uddevalla in Sweden, Kegums in Latvia, Agueda in Portugal and a few more. I don’t like the look of the man-made tracks they keep going to recently like the one they have in Finland. They just don’t look good. It’s good to see more  natural tracks such as Maggiora back on the calendar as it looks really good. It’s great to see Matterley Basin added, personally I think it’s the best track in the MXGP calendar and all my family come to that one with a good atmosphere so I really hope it does go ahead.

GateDrop: Anything to add/anyone to thank?

Hammal: I’d just like to thank Rob for the last few years, it was an absolute pleasure riding for his team. A thank you to Steve for giving me the opportunity. A thank you to everyone that’s helped me in my motocross career to get me to this point – especially my family. One day I hope to pay you all back in return (laughs).