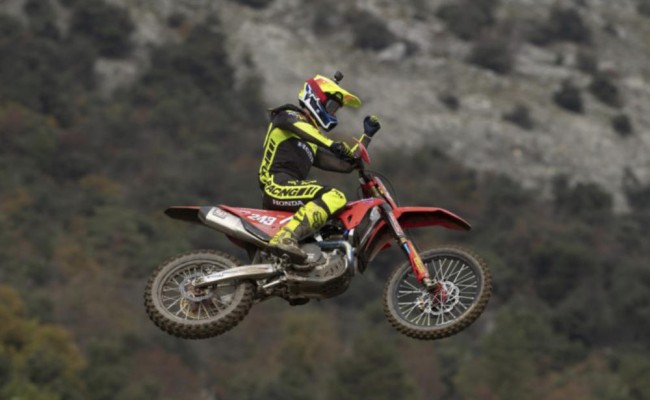 MXGP 2021 is set to launch on June 13th 2021 in Russia meaning a break of seven months and 217 days since the world championship last fired into life. For many teams and riders the twice-delayed schedule has been frustrating but also presented a strange period of limbo where carefully planned training regimes have been junked.

It’s not a totally bewildering experience for them however. A similar occurrence happened in 2020 between March 8th and the Grand Prix of the Netherlands and August 9th in Latvia which force a hiatus of 154 days. “Last year that type of thingwas new to everyone but now we’re quite used to it,” says reigning MXGP world champion Tim Gajser. “It’s still strange to be at the end of March and not racing. Usually, we would have had one or two GPs by now.”

“I feel in good shape already so that’s why I’ve slowed down a bit because we still have at least two more months to wait,” he added. “It’s important to have the balance between training and resting because you can easily burn-out and do too much too early.”

The swirling effects of the pandemic continue to impede travel and sporting events in Europe meaning that even pre-season, domestic or invitational International races have still to be confirmed and fill the teams’ empty spring agendas. Gajser believes this current period without serious racing action will take a toll.

“It’s difficult,” the HRC man opines. “We haven’t raced since November. It’s a long time. We do pre-season races because you get a bit rusty after the winter and you need that rhythm back. It’s usually at that time when you get some arm-pump because you’re not nervous but holding the bike a little tighter than usual. Even if you had a great winter with a lot of motos, the race situation is always different. In fact you need to have one or two [races] before the world championship starts just to relax a bit on the bike.”