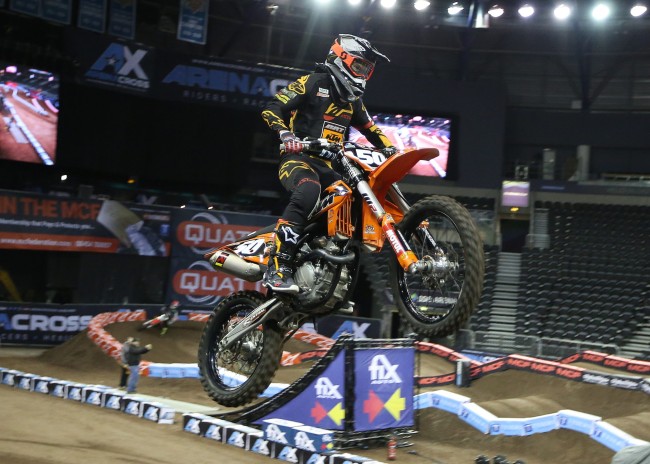 It was a big weekend for Martin Barr as he got to reveal his new BRT KTM team in front of his home crowd in Belfast at round one and two of the 2020 Arenacross series.

Barr rode well against the indoor specialists but starts didn’t help his cause to make the Superfinals against a high quality field of Arenacross experts. However, the Northern Irishman was in good spirits when we caught up with him on Saturday night as he reflected on his weekend and looked ahead to the rest of the season.

You were looking fantastic on Friday morning, new bike, new team, new kit and you went fourth fastest. But I saw you limping from yesterday, plus bad starts and being taken out, it all meant a tough weekend for you!

Coming into it I knew it was going to be hard. These guys are Arenacross/supercross specialists but the way Friday morning went I was more than happy. It was my debut with BRT KTM, there has been a lot of work to get to this point, organising everything myself, nevermind the training and everything. I thoroughly enjoyed it, Friday night didn’t go to plan, I wasn’t riding great and never got a good flow. I hurt my knee a little bit on Friday morning and it just got worse and worse and worse.

On Saturday I had two more big crashes, so I sat out Q2 just to try and settle myself. I didn’t want to do anything stupid. Tonight I felt I was riding good and was there or thereabouts, the second heat I got a really crap start but got up into fourth and then Woodcock (took him out). I don’t mind, rubbing is racing, but I was already coming out of the corner so it was head-on (take-out). I’m not a fan of that whatsoever. He took all the buckles out of my boot, he hit me straight on the leg, there was no call for it. It is what it is, but it put a bit of a dampener on it because I was feeling good there.

The head-to-heads, me and Graeme, I knew it was going to come at some stage! Fair play to him he didn’t disappoint himself out there but I felt I was riding decent and then again when me and Chatfield went at it, he was nearly on the podium the night before in the Superfinal, to beat him it gave me a bit of confidence. The last chance I got a crap start and got caught behind a load of people and knew I wasn’t going to do anything so I didn’t want to do anything stupid as I was already feeling a bit second hand. 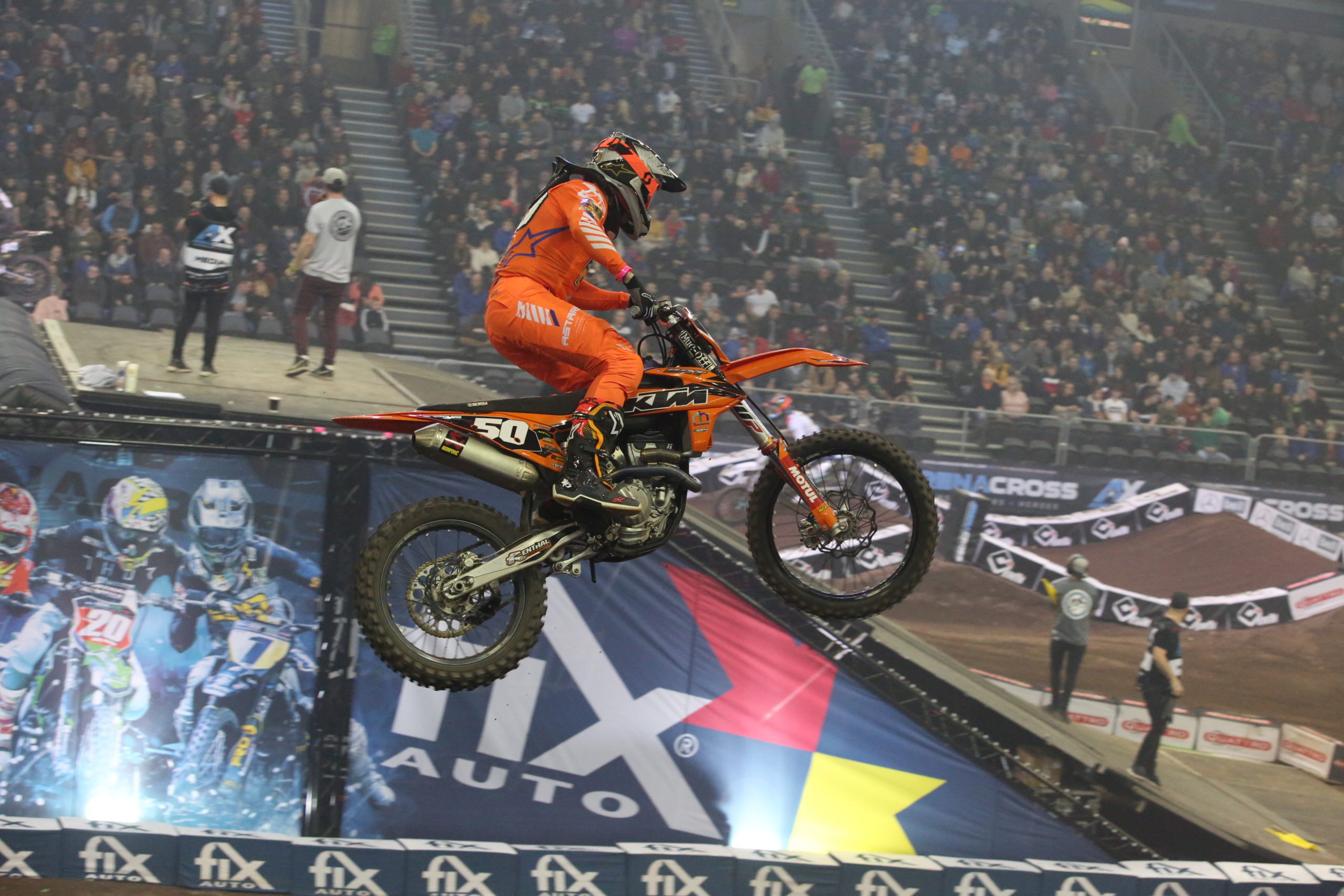 It is hard to switch between the 450 for motocross and 250 for Arenacross?

It’s obviously two different riding styles, the Arenacross, I really enjoy it, I know it’s going to be hard to be competitive. I have to be realistic about it, I really do enjoy it, I think it’s very beneficial for me before the motocross season starts.

As I say I’ve only just got my 450 and I’ve only been out it once.  I’ve a lot of work to do now within three weeks with suspension testing and getting up to speed on it and all the rest of it because it is such a different riding style. But I’m excited for the outdoors to start.

Christmas wasn’t long ago and you are trying to sort everything out for the new team, it is it nice to get this first round over, maybe a weight off your mind?

Yeah definitely, as you were saying a lot of companies are off over Christmas so after the new year and everybody back to work it was a big massive rush but everything came together. I’m really, really happy with the way everything turned out. KTM UK were really pleased and my sponsors and stuff. Everybody that has seen it, seemed to really like it.

Hopefully we can get the results I know I’m capable of. MX1 in the British championship this year is really stacked, it’s probably the toughest it’s been in seven or eight years. In saying that, it’s a good year to go and do well against them guys, I can’t wait to get started.