Interview: Marlene Sykes on the Cookstown club and more 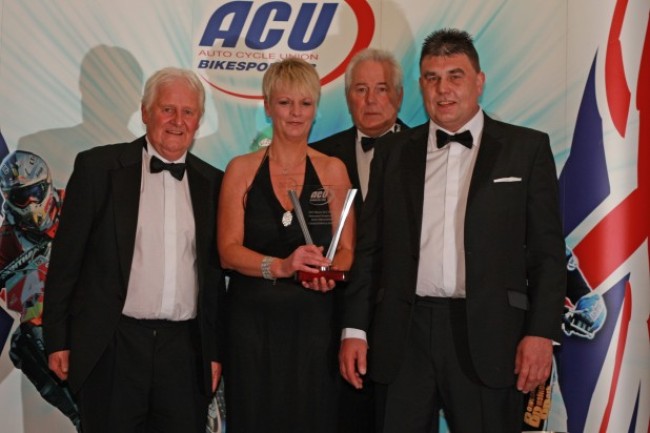 The Cookstown club put in a serious amount of hard work to make this possible as well as running Irish/Ulster Championships throughout the year – the track is always prime.

We caught up with Marlene Sykes from the Cookstown club to get her thoughts on Desertmartin and much more.

Gatedrop: It’s been a great few weeks for the Cookstown club and Desertmartin as it’s been announced the track will host an MX National as well as a British Championship that’ll run with the British Youth on the same weekend. You must be happy to host all three events and how long has it been in the works for?

Marlene Sykes: Yes, we are very pleased that these three events will come to Desertmartin Motocross track in 2020. The Cookstown Club is a small club and to be fit to attract these level of classes to Northern Ireland is good for motocross and all our Irish riders and supporters.

Gatedrop: This will be the first time the Michelin MX National National series heads to Desertmartin, when did talks start to have the event in 2020 and have you tried to host the event in the past? Is it a reward for all the Irish riders that have to travel to England and also back the racing at home as well?

Marlene Sykes: Back in mid August, Paul Irwin, from the Michelin MX Nationals team, was over at our Mountainview track for a trade day and he spoke to Billy about the possibility of maybe running a round in 2020. It was a brief conversation which was followed up with a call from Paul to Billy in October and shortly after that the dates were agreed. It will be great for the Irish riders to compete on home ground and also for the spectators to see motocross at its best at Desertmartin. We have heard great reports about this event and look forward helping them in anyway we can leading up to the event.

Gatedrop: With regards to the track, obviously Desertmartin is always a great track but it hadn’t been getting rough for a while until the start of last year until you brought in the extra sand, I feel it made the track even better. Was it a lot of hard work getting that sorted?

Marlene Sykes: Billy McKeown was one of the founders of Desertmartin Motocross track when it was a disused sandpit and along with a number of others he helped create ‘The Desert’ as it is today. I don’t think you could get anyone more dedicated to looking after a track than he is and after 40 years he’s still there and still looking after the track.

Two years ago he knew that the track needed a sand injection and when a local sandpit said they were closing down and they had the sand that was needed the lorries started bringing it in. 240 loads of sand have come in, 6240 tonnes. Without the backing of a number of our sponsors this would have been impossible but Billy got them on board and the track is in mega shape. However and I quote ‘If there is anyone out there who would like to sponsor a few more loads, I can get the sand…’ as per Billy.

Gatedrop: In 2011, Desertmartin received the award for the Organiser of the Year the year award. The club must be very proud of this achievement?

Marlene Sykes: The Cookstown Club received the Organiser of the Year award in 2011 and 2013. We are pleased to say we have also been awarded this accolade again in 2019 as joint winners with Woodbridge MCC.

Gatedrop: Having races like the British Championship and British Youth. How much extra work go into those races over an Irish/Ulster Championship?

Marlene Sykes: Every race day at Desertmartin is important regardless of status. The track is prepared for each race as if it is a British Championship. The riders deserve the best so that is what we try to give them. Some of the extra work for British championships is the yearly repairing of all the facilities and the painting and dressing of the whole area, the lifting of stones of the track, the cutting of grass and the list goes on. Afterwards all our local riders benefit so it’s a win win for everyone.

Gatedrop: At the first round of the Ulster this year, the track was really rough and technical.  After the last corner there was a jump added which helped slow the track down but it was flat for the British. Will you consider adding that to the track for the British again?

Marlene Sykes: The jump on the finishing stretch was removed before the British last year as it was felt that it was unfair to the riders to deal with a jump and also try to check out their pit board at the same time as that was the pit area. There are no plans to put it back in at this stage.

Gatedrop: Having the two day format for the British Championship in 2020, that should really help the track, I feel there wasn’t enough bikes on it this year for the track to get really rough. Does having the British Youth on the Saturday then the Adults the day after help you as a club? I hope you don’t do too much track work over night (just the jumps and dangerous areas)!

Marlene Sykes: The British Youth & British Adults running on the same weekend is completely new to us and that is why we are running it in partnership with RHL Activities. As a team we will be sitting down in December to plan the event out. In the past we have worked very well with RHL and between us we hope we will have a great weekend of racing for the riders and spectators. We are certainly looking forward to this event. 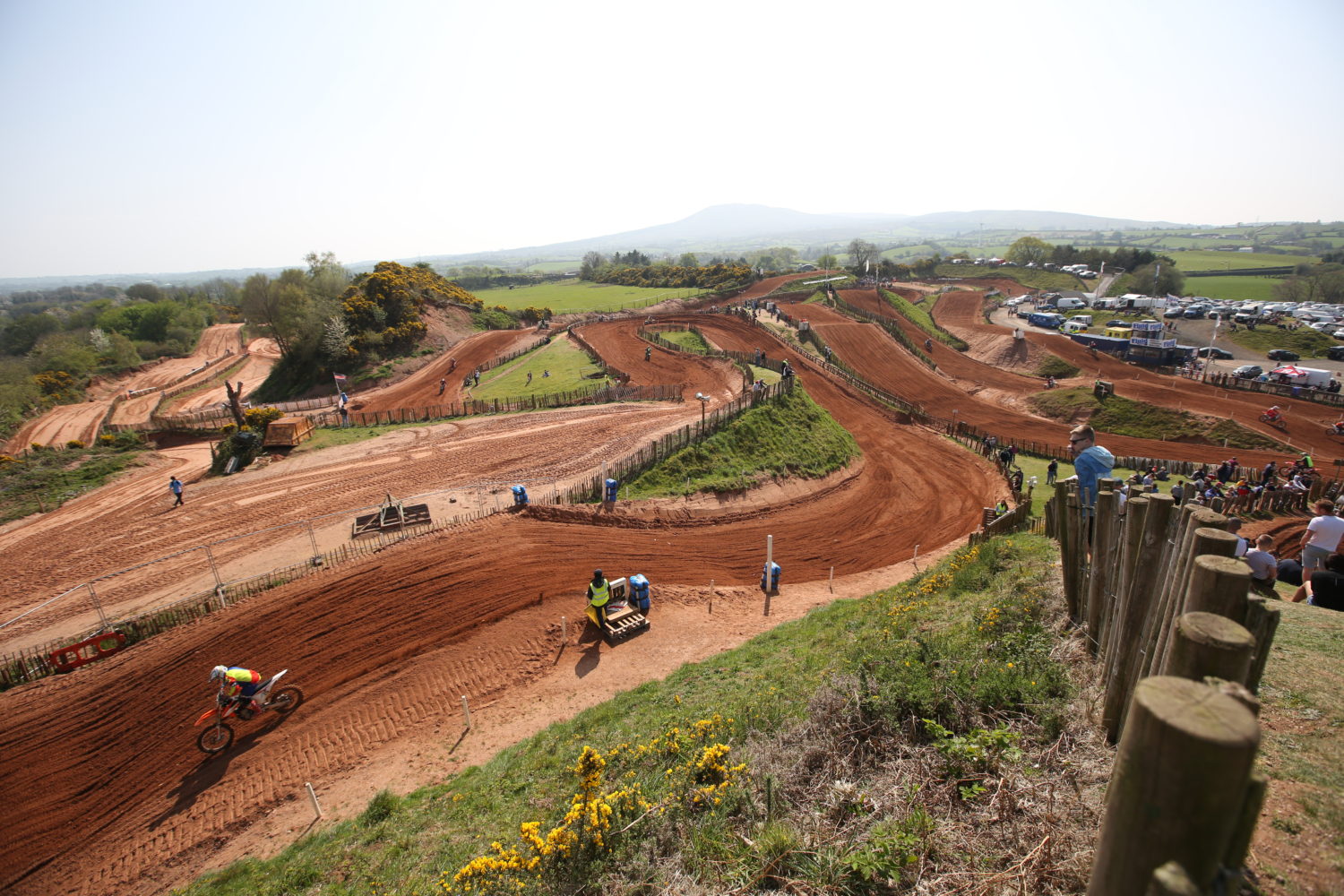 Gatedrop: You also have the practice track at Mountview, is it hard to keep it running along with Desertmartin – what’s your motivation?

Marlene Sykes:  Its difficult to maintain any motocross track and the weather plays a large part from week to week to what track we can run. Mountainview was taken on to help raise funds so that we could put it into the main track and that is the logic behind as well as ensuring we don’t have a competitor running close by on race days. We are not a business but a club who are about motocross and providing facilities for this sport.

Gatedrop: In terms of the crowds at the British Championship the past few years, have you been happy with the attendance?

Marlene Sykes:  We have had good gates in 2018 and 2019. The weather plays a massive part when running an outdoor event and while we had mixed weather this year overall it was fairly dry. We need the good gate to pay the bills as we try to make sure the track is the best we can make it and that comes at a cost. We own our own machines and they are vital for preparation. A heavy night of rain can wreck a sand track.

Gatedrop: Of course, this year Jeffrey Herlings was there watching and that must have helped with the crowds. If he wasn’t injured at the time would he have rode? In 2020 we will want to see him race the event!

Marlene Sykes:  Jeffrey Herlings was brought to Desertmartin this year thanks to Dale McElveen and Milwaukee Power Tools. Was great to see him at Desertmartin and he certainly added to the excitement in the paddock. There was always a space on the start line had he have been fit to ride, the choice was his. Will he be back in the future, watch this space.

Gatedrop: Desertmartin has hosted World Championship events in the past, is it something the club would like to run again in the future? The track is good enough, the facilities have improved a lot over the past few years so it’s certainly good enough to host an MXGP. Funding might be an issue though..

Marlene Sykes: GP’s are great to watch and great events to attend but the running and organising of such an event takes many demands and a massive amount of funding. We doubt there will ever be a GP back.