Interview: Kevin Horgmo – stepping up to the front of MX2 and feeling good on the F&H Kawasaki 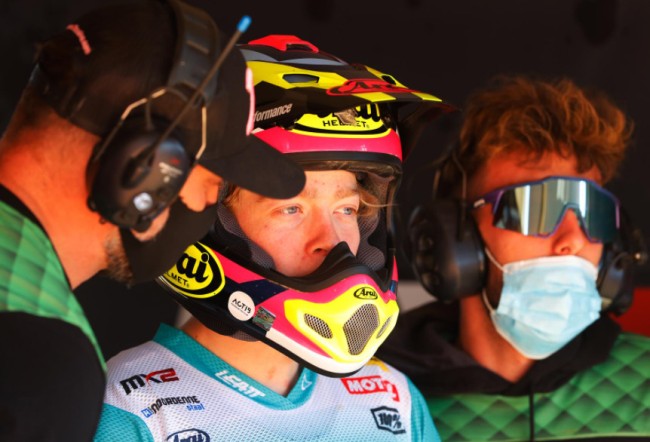 Coming into the 2022 season, Kevin Horgmo finally got an opportunity to step up and race the MX2 World Championship with a good team after F&H Kawasaki Racing team snapped him up. The Norwegian has showed some amazing pace at the beginning of the season and sits seventh in the standings but if it wasn’t for a few to many crashes he might be even higher up in the standings.

We caught up with Horgmo to discuss the start of the season, how things are going with F&H Kawasaki and more:

GateDrop: Kevin, fifth overall and even though you had that result at Mantova I feel that the speed was better here in Portugal so you must be really happy with your day?

Horgmo: Yeah and not only today but yesterday I did 1-1-3 in the sessions and I couldn’t really believe it, it was amazing. It felt like it was coming easy, so it was really nice, I just threw it away in the first moto tucking the front. I had a small soil sample on the first lap in fourth so it could have been a big day but I threw it away in the first moto. I had the third best lap time, so I knew I was competitive for the second moto and I grabbed the holeshot. I was leading there for a while and that was nice. Jago and Tom passed me so finished in third, it was nice to be at the back of Tom actually, I could stay with him and it was really nice.

GateDrop: What did it feel like leading that second moto? I don’t think you’ve led an MX2 moto before so that was unknown territory, but it must have felt pretty awesome!

Horgmo: For sure, it was nice but I didn’t think to much of it, I just tried to keep my focus on going forward. But I did stiffen up a little bit when I heard the Yamaha revving behind me but overall it was really good.

GateDrop: In my opinion, Vialle and Geerts are the best MX2 riders in the world, people can say what they like about America but these two guys are just unreal… It must be nice you were able to stay there…

Horgmo: Yeah, in Argentina when I was third in the first moto they were already gone so I didn’t really see them to get a feel of the pace but here I was right in the mix so that was nice.

GateDrop: Not sure if you’ve raced here before but what was your thoughts on the track here at Ageuda?

Horgmo: I’ve raced here two times, on Saturday the track was quite hard and slippery but today they ripped it a lot deeper and also before the moto’s they ripped it quite a lot. After just two laps it was really rough again but anyhow, I enjoyed it and felt good no matter what they did to the track to be honest.

GateDrop: Watching you on Saturday, I just thought you looked really comfortable on the track and you were able to put it exactly where you wanted along with some great corner pace, how’s it feel from your end?

Horgmo: For sure, that is what I like about this bike, the frame and the setup I have a really good feeling in the corners and can trust the bike to get grip. I feel like it’s a strong point. 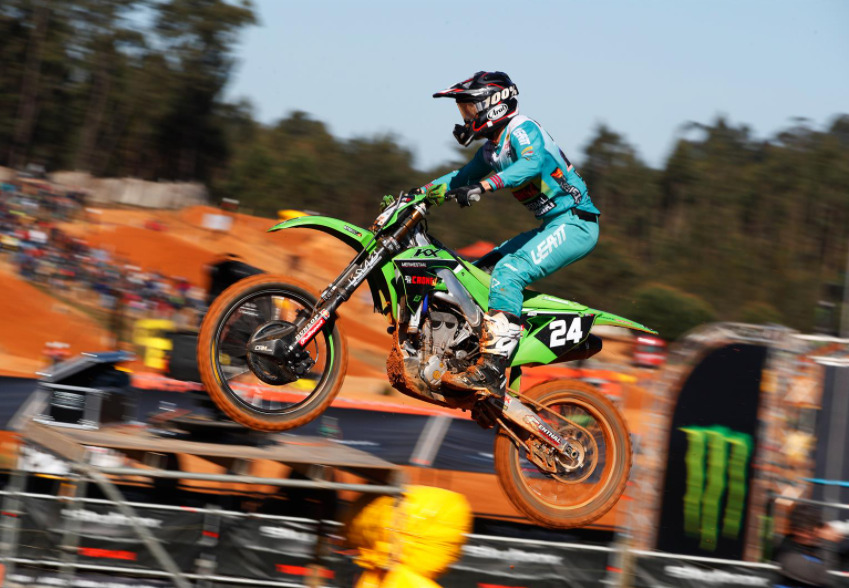 GateDrop: Next week if you can keep it on two wheels for both moto’s – a podium shouldn’t be far away?

Horgmo: Definitely, I’ve maybe not been in the hunt but I have been close the last four GP’s and that’s the goal throughout the season to get on the podium. I just need, not luck on my side but just need to keep it on two wheels.

GateDrop: Heading to Arco next week, it’s going to be very different from Argentina and here in Portugal with it being a hard pack track, are you looking forward to riding some hard pack to prepare?

Horgmo: For sure, a lot of the races this year have been quite hard and slippery but in a different way than Trentino, it’s really gravel like so we will see. I have good memories there from last year in the EMX250 class I took my second win ever there, so I am looking forward to it. I think they’ve changed the layout a bit so we will see how that is and then just send it.