Interview: Jorge Prado eager for MXGP restart – “I am a winning rider, I am not racing to finish fifth” 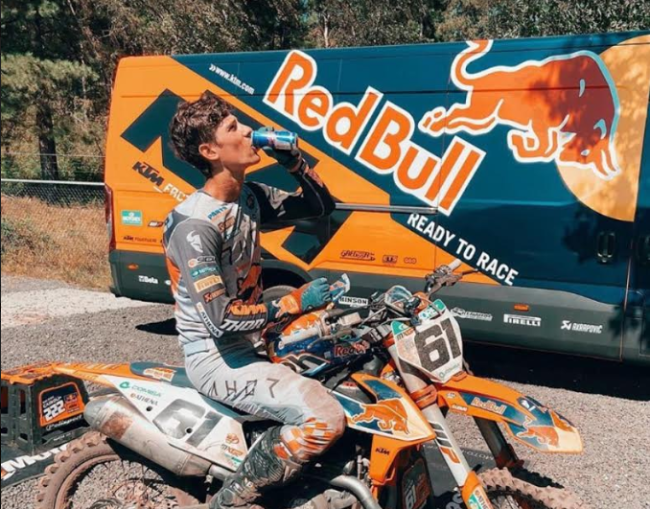 – “I am a winning rider, I am not racing to finish fifth.”

He remains the same as always. A nice boy, open, talkative and wanting to laugh, although the blows that life gives are already beginning to mark his passage from adolescence to youth. This can be seen in a greater maturity in his reflections and in a growing self-sufficiency when it comes to giving an opinion; the boy makes judgments with great confidence and perfectly controls the timing of the conversations without letting doubts cause any interference. After already many hours of filming, a long experience of years as an elite athlete with all that implies. Anyone would doubt his age (19 years old) by seeing him riding a motorcycle, talking to the press or handling a publicity event. What has not changed, and likely won’t, is his insane passion for motocross and his positive attitude to face the future, he is still Jorge Prado, the sixty-one.

He has just closed his suitcase with everything he needs to spend twelve days in Latvia: “You don’t have to carry so many things either, a few T-shirts, underwear and little else.” It is, without a doubt, one of the most anticipated trips of his sports career, the one that puts an end to a tough stage in all of our lives and in a slightly more acute way, in Jorge’s. Exactly five months have passed since the last Grand Prix was held in Valkenswaard and in between, a world pandemic, an uncertain lockdown situation that the Prado underwent in Belgium, a progressive rehabilitation of the fractured femur, another setback with a broken collarbone and a new lightning fast recovery to be able to arrive on time for the reopening of the season. It could be said that it has been a
horrible year but the Galician refuses to show the slightest crack for any negative feeling to appear: “I don’t think it is a year to forget, on the contrary, to remember, to learn and to value what we had, the freedom we had, how easy life was and with this virus we have seen how everything can be complicated so much that we have to be locked up at home. That is why we must realise how lucky we are to be able to leave home every day and to be able to ride a motorcycle, and with injuries I have learned to enjoy every day of training, to make the most of it because it is one more day that I train, one more day that I have a good time, because for me it is much more than a job. It is my passion and I am lucky to be able to live on my passion.”

-Like everyone, you will have had a bad time during confinement, have you been afraid for yours?

– “You are always a little scared, but I was in daily contact with my grandparents and they, as vulnerable people, have been very responsible, have not put themselves at risk and have taken all measures to avoid risks and that reassured me. Personally, the confinement has not been so hard because I was in Belgium and we had much more freedom to be able to leave”.

TWO INJURIES AND A PANDEMIC

He seems to forget about it, but in the middle of his quarantine, when the tracks were reopened and Jorge returned eagerly to the arena to make up for lost time, an unfortunate fall sent him back to the operating room, to the dry dock, to despair of having to disrupt plans. Fortunately, the clavicle fracture was more bearable and also quick to recover: “Let’s say it was very easy compared to the femur. I never had pain at any time. It is true that the first weeks you have a little discomfort, but at 4 weeks I got back on the bike and my shoulder felt good. Everything was perfect. Not a problem. Now my shoulder is 100%, super good. “

And since then you have been seen many days on the sandy terrain of Belgium and Holland, but also on the hard terrain of Italy. Was it a good preparation?

– “Three weeks on soft and two weeks on hard terrain, it did me good to do both things because you complement, you don’t use the same muscles in sand
and hardpack and we have changed the environment and the house. Well, it was a good preparation. “

-Your hands are busted, full of calluses and wounds: A good beating, right?

– “Yes, training hard, a little tired. We have been training a lot the last weeks and today I am a little tired. I just had a massage and I am ready to go to Latvia. Physically I am quite well. This week was quite hard with a lot of training and that’s why I’m a bit broken, but fine. I’m not 100% but quite good. Very good for the time I’ve been on the bike. Let’s see, I still can’t go flat out for 35 minutes twice, no, but I can still do two full races at a decent pace” (laughs).

-Do you notice that you have improved, that you are getting more level with more hours of motorcycle?

– “Yes, of course, the only thing is that since we did not have a lot of seat time and I have been getting faster, let’s say we have to work a little more on the set-up. Now I am going faster and the suspensions are a little soft, but we will work on it.”

-What do you lack, strength, stamina…?

– “In general, more hours on the motorcycle. I can do many kilometers by bike or lift a lot of weights, but in the end what I lack are hours onthe bike. Seat time is the main training and the rest are complements, but the base has to be having many hours on the bike. It’s what I lack most. “

-Has your training with Mikel Zabala changed a lot?

– “No, the training is basically the same, it is very similar. The only thing is that we monitor everything and we take everything daily and we are taking supplements and we know what we have to do at all times to be able to maintain the shape until the end of season. The motorcycle part is carried by Claudio and we are super happy with the combination.” 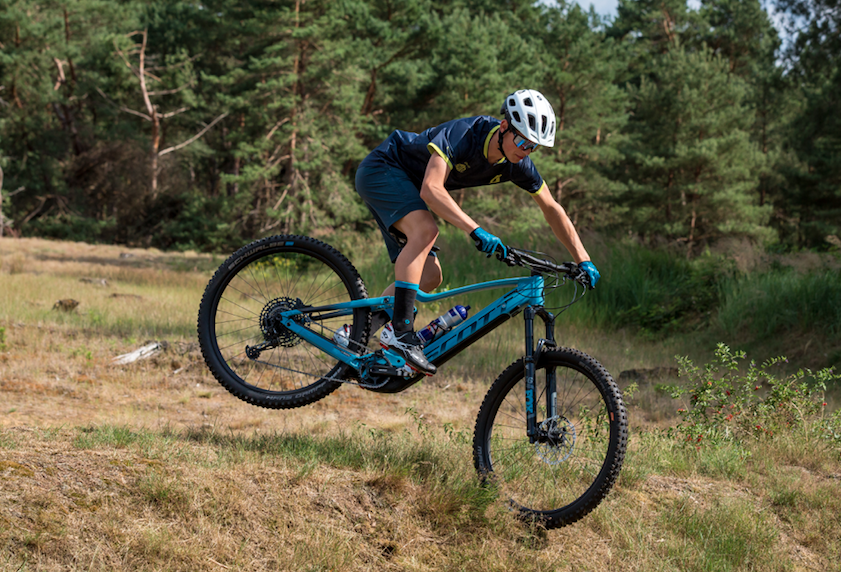 -And have you fully adapted to the four fifty?

– “Yes, I feel very comfortable with the 450, I have adapted well and although I can still improve a lot on the set-up and on my riding when I have more hours, I don’t miss the two fifty. They are different, but In the end it is motocross, one bike makes it easier to get to the jumps than the other, it accelerates more, but it is harder to slow down due to its inertia. The 450 is more powerful and you carry more speed, I love it. “

Everyone knows that Jorge is in the maximum MXGP category by his own decision and also bound by the regulations that prevent a double world champion from remaining in MX2. Prado won the World Championship in 2018 and 2019 and is now in the big-boy class, although he is still keeping an eye at the talent coming through the MX2 class: “Yes, I follow them a bit, races are always fun. I think Olsen, Vialle and Geerts are the fastest.”

That forecast also dares to do it for his category without any shame and, as “rookie” of the year, he is also included in the predictions…

– “In MXGP the favorites are Jeffrey (Herlings), Gajser, Toni (Cairoli) and then the 61 will try to get there and make the fantastic four, ha ha ha.”

-You look very motivated and ambitious, do you already have the level to fight with them?

– “I have no idea, but I am a racer, I am not a training rider and if we take the references that we are seeing here, I think I can be close to the front. I am a winning rider, I am already Champion of the World and my mentality is of a winner, not of making a fifth, I don’t care who is ahead. “

-For that, your starts could help you, you already have a holeshot in the maximum category, but it won’t be easy, right?

– “The truth is that in 450 everybody is starting very well and there is also the electronics factor, with more engine technology, with more developed motorcycles that greatly equalize the forces and make it more difficult to get ahead, but we will keep trying.”

The season that began with the races in Great Britain and the Netherlands, had to be suspended by Covid 19 and now it is resumed with a new, shorter calendar, with a lot of sand and full of uncertainty. The new schedule includes multiple double or triple-headers on the same circuit. The first of them is that of Latvia, which will celebrate three GPs in one week (Sunday, Wednesday, Sunday). This is still unprecedented in the performance of the pilots:

– “Well, if the first one goes well, I’ll be motivated for the second and then the third. I don’t care, really, I adapt to whatever it is, I don’t have any problem competing three times on the same circuit. I suppose that in the second one the direction of the track is changed and I think that in the other direction it is physically harder. If you consider that I train every day in Malagrota, I don’t mind running three days on the same circuit.”

The race format also changes because the qualifying round on Saturday is suppressed and the training sessions and the two rounds are concentrated on Sunday’s day, something that can also affect athletes:

– “I like the format in one day, without qualifying, so there is less riding, otherwise we get very tired. That day will be very long, but we will not drag the fatigue of the previous day. The timed practice will be very important, it is crucial to know when to go for the fastest lap, the track is breaking down and you have to see how the lines are developing, but maybe you have to attack at the beginning, you can’t distracted, especially in Latvia where the first corner is very tight. “

-And it is possible that some races are behind closed doors, without an audience… How boring, right?

– “The beauty of the races is the atmosphere that the fans give, it will be a super strange feeling when you compete and if you win it must be very strange, nobody celebrates it, it is like doing a training session.”

The interview is winding down, he is nervous and excited about the trip and the return to action. Before finishing he has an affectionate memory for his colleague Iker Larrañaga, who has had even worse luck with injuries:

“What a bummer, it has been a very bumpy year. I want to send him a message of
encouragement.” Then he tells us all the protocol for traveling: “We have done a test in Belgium, when we get there we will do a final one and then drop the gate.” And finally he jokes to remind us that he is still a kid: “I have tested positive… Just kidding! Otherwise I would not be packing…”

What we will have to wait to know is whether there is room for trophies in that suitcase.