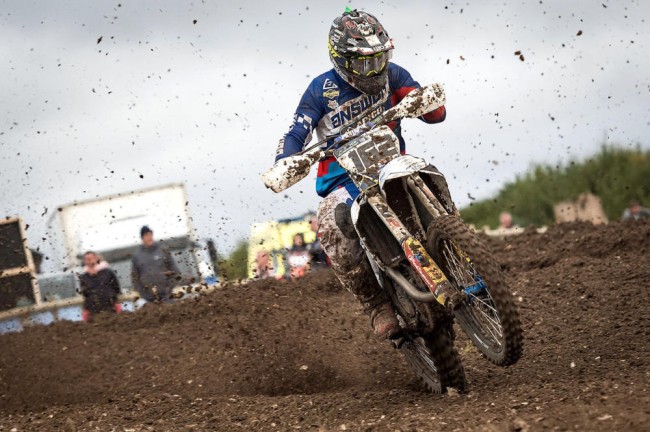 Stuart Edmonds had a tough start to the delayed 2020 season after not being able to get a lot of preparation ahead of round one at the MX Nationals but, just a few days later, the Irishman had got his Apico Husqvarna on the podium at the Rock it ‘Till sundown mid-week event! 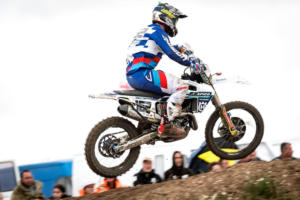 We caught up with the fan favourite to discuss his two contrasting race days within a week and how hard it has been to prepare for the season’s return.

“Getting prepped for MX nationals was tricky for me,” admitted Edmonds. “I had only started back riding a couple weeks beforehand due to the massive impact  Covid had and also Ireland going into lockdown.

“I really felt it was important that I did my part for the community with regards to the lockdown rules, making sure I set good examples for our sport and that meant no time on the bike for a number of weeks. 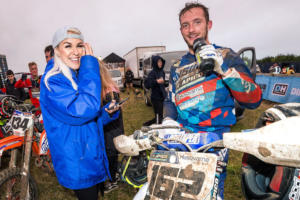 “The last time I rode the race bike was Spain in March so we had no testing done with the bike at all other than those few days in March. The MX nationals wasn’t a weekend to brag about that’s for sure but I took some positives out of it and came home with plenty of things to work on along with a few adjustments to make on the bike, and got test them on Wednesday in the Rock it ‘till sundown event at Cusses.

Those adjustments meant Edmonds was able to show more of his true potential on Wednesday night at Cusses.

“Practice went ok and l still felt a little more could be done with the bike so i made a few more adjustments before race one and it was a step in the right direction,“ he continued. “After  a bad start i was able to chip away at the riders and finished 7th. Race 2 i got a much better start held second for majority of the race, made some mistakes which resulted in me getting past on the last couple of laps.

“The Superfinal was pretty much the same with a mega start sitting behind Harri for a while as he was inching away from me each lap, As I was getting more tired trying to hold onto the back of him, Jack then nipped passed me with 2 laps to go so it was a 3rd in the superfinal! I was very happy with my riding and felt more like my self again on the bike. 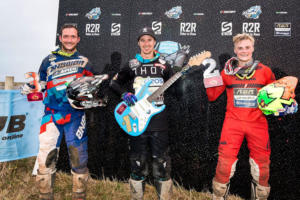 “I know there is still plenty of work to be done and thats exactly what i have been doing working hard and making adjustments with the team to make sure i get back up to fitness as quick as possible. I’ll keep the head down and make sure i put some good results at landrake and foxhill to redeem my self from mx nationals in hawkstone. A big thank you to Sophie and Lois for coming along last night helping me for the evening as top mechanics and goggle ladies, also to Dylan, Anna and the Apico team for their hospitality over the last week and coming weeks too.“