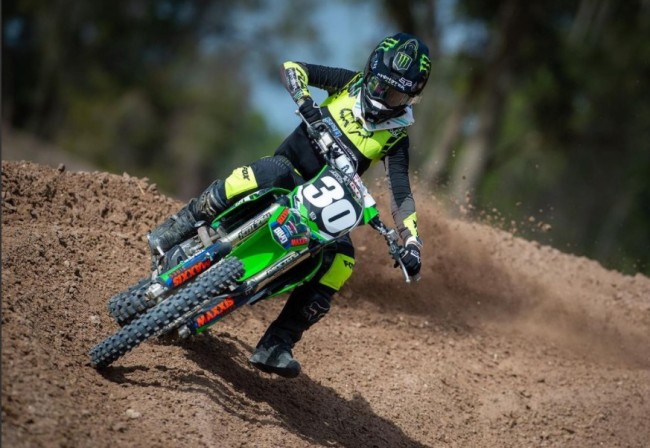 While a handful of European riders are dreaming of a career like Roczen, Musquin or Ferrandis on the other side of the pond, Jordan Jarvis is dreaming of going the other way around, and of landing a spot in the GP paddock.

Jordan Jarvis, number #1 female rider in the United States, has moved to the other side of the spectrum after collecting dozens of amateur titles. By qualifying for two outdoor events among the men in 2020, the young American rider is no longer eligible for amateur events; but since there is no longer a women’s championship at the professional level in the United States since 2018, it has now forced the young woman to compete against men on the AMA Motocross Championship.

While Courtney Duncan has just won her third consecutive world title, the 20-year-old American rider is keeping her fingers crossed in hopes of getting an opportunity to finally compete against the world’s best riders in Europe. An opportunity; just one.

Kevin Frelaud caught up with Jarvis to discuss her ambitious on racing the WMX series.

Jordan, in addition to dominating the women’s categories in the amateur ranks, you have really made a name for yourself lately by competing the AMA Motocross championship in the men’s division. I remember hearing AJ Catanzaro say how impressed he was with your technique. How hard is it to make a name for yourself as a woman rider over there, in America?

Jordan Jarvis: It’s very difficult to make a name for yourself as a woman in America. There is no Pro women’s class here in the states so if a female wants to make it in this sport we have to ride with the men. I have known this since I was a kid so I have always raced in the men’s class and continue to do so. In general its hard to get sponsors in this sport but it is twice as hard as a female. I’ve worked so hard throughout my career and won so much and I still struggle to find support. If I was a guy and won half of the stuff I have I probably would have a factory ride of some sort but because I won the Women and Girls classes it really doesn’t mean much. I refuse to let that hold me back as I have continued doing things I was told was almost impossible to accomplish as a woman. I have made it into two mens pro national in the 250 class and I have a supercross license as well. I haven’t raced a supercross yet. I was training for it last year but I ended up getting hurt and decided not to race it that season. But I believe I am the second female to do that.

I guess there is a woman category during most of the major amateur competitions in the USA, like Loretta Lynn’s for instance. But for a woman racing in America, what are the options once she wants to step into the pro world?

Jordan Jarvis: Unfortunately there isn’t much. They got rid of the last wmx pro class a few years ago and it has not come back yet. If you want to continue racing in the pro world you have to make it in the Men’s pro classes.

You have spent the 2021 season with the SGB Babbits Kawasaki team. Recently, you announced you would be riding on red from now on. What are Jordan Jarvis plans for 2022?

Jordan Jarvis: My plans are to compete in the 2022 pro national series again and hopefully do the wmx GP series. There is possibly going to be a wmx class coming back to America for the 2022 season. If that does end up happening I will do that as well.

In your opinion, why is there so little made for women dirtbike racing in america, and what could turn that around ? There used to be racing for women in America, but that is long gone…

Jordan Jarvis: I think the reason there is so little women’s racing in America is because when the original women’s pro class (the WMA) lost support and transitioned into the wmx class a lot of things changed. The WMA raced at pro mens nationals during the day when the men raced. That allowed for national coverage and possible factory support. When the wma fell and changed into the wmx class all of that went away. All the support women had went away along with the WMA. Being a pro woman racer didn’t mean the same anymore and eventually each year and each season the support for the wmx series slowly dwindled away till it finally stopped all together the first and only year I raced it in 2018. I was the youngest to win the wmx.

You rode WMX in Matterley Basin in 2020. With zero experience in the category, you came out with a 9th overall, on a bike you didn’t know, and despite the difficulty encountered in the races. Can you talk us throught how this weekend went?

Jordan Jarvis: Matterley Basin was wild. I showed up the day before the race and got to check the track and the bike out and that was it. I was very nervous, I didn’t get a chance to ride the bike beforehand so I was very uncomfortable on the bike. The conditions were not ideal for me. I have never rode the track nor the bike so I needed all the time I could get on both but unfortunately it rained so bad that they cancelled the first practice. At that point in the year I really struggled in the mud due to lack of time and practice in those conditions. I really struggled with the conditions and with how different the bike was compared to what I was used to riding back home in the states. By the time racing came around I was nervous but thrilled. I’ve never seen a woman’s race so big and professional. I was having a hard time but it was so cool to ride with all the top girls and kind of get an idea of my speed versus theirs.

I was nervous. I felt like I was racing the men’s pro class in America. I’ve never seen a full gate of super fast women. I was totally expecting it but it was just different to see it in person.

In that second moto, your best lap was challenging the best laptime registered by Fontanesi, Verstappen, Valk or Van de Ven. These girls are at the big gun’s of WMX. It speaks volume of what you’d be able to do with the right off season prep’, team and bike. Would riding WMX full time be a goal of yours?

Jordan Jarvis: Riding full time WMX is definitely a goal of mine. I have always wanted to race the gp series so it would be a dream come true for me.

Actually, how did that opportunity to race Matterley Basin in 2020 came along ?

Jordan Jarvis: I had express interest in wanting to race the WMX series and after talking to my dad and at the time my manager then worked hard to talk to people and make something happen.

After that round, have any teams showed interest in signing you at all?

Jordan Jarvis: Unfortunately not really. I would love to go back and really prove that I could be running up front and battle for the championship. 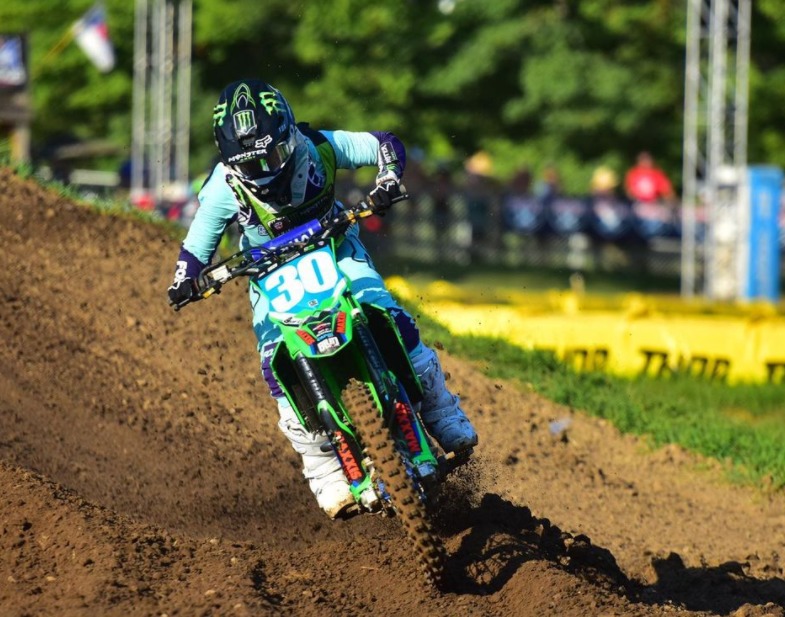 Some riders are ready to ride in Europe for very little money, just to have the opportunity to show their potential and open some doors for themselves. Is that something you’d be ready to do if the opportunity came along?

Jordan Jarvis: I am more than prepared to do what I have to so I can show everyone what I am capable of winning races and possibly a championship. I just need some help getting there and some help with bikes and parts.

In Europe, it’s rare for WMX riders to try their luck in MX2 among the men once their championship is over. It has happened in the past, but it is pretty rare. Racing against the men surely helped you develop your technique, racecraft, intensity, and speed, right?

Jordan Jarvis: Racing against the men helps me tremendously. The men ride so much more aggressively and are so intense, it helped to teach me how to ride hard for the whole moto and to sharpen my race craft. I’ve learned how to ride on the offense and defence at the same time because of the target I have on my back being a female racing with with the men.

Have you followed the WMX championship at all this season ? If yes, what’s your thoughts on the series, the tracks, and the level of the competition?

Jordan Jarvis: I have followed the WMX season. I think the series is fantastic, the amount of support the wmx has is crazy. The level of competition is absolutely insane. There are so many front runners who could win, it’s always a battle because everyone is so close in speed. Personally I don’t think the tracks are as tough as what I ride in America. I don’t know if it’s the lack of jumps or ruts but regardless the tracks look fun and looks like I could learn a lot from them.

Your dad told me you had no agent because they work off commissions, and they don’t see you making money in AMA racing. If someone wants to get in touch with you for the 2022 season, what’s the best way to do so?

Jordan Jarvis: The best way to get hold of me is by emailing me at jordanjarvisracing@gmail.com or reach out to me on instagram @jjjordan30.