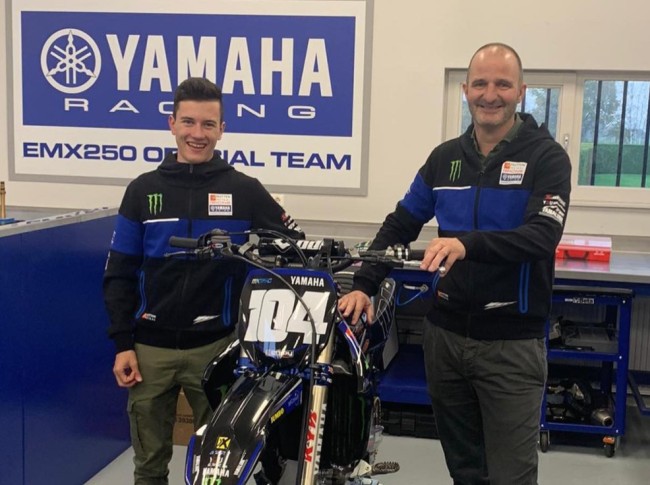 Young German talent, Jeremy Sydow didn’t have the best of years in what was his rookie MX2 World Championship. Injury issues meant he was out for most of the season but despite a collarbone injury two weeks before the opening round, Sydow still had good results at the opening two rounds of the series.

Unfortunately, it was not enough to stay with the DIGA-Procross GasGas team for the 2021 season so Sydow was on the look out for another ride. It has recently been announced that he’ll focus on the EMX250 championship once again but go for the title this time after signing with the Hutten Metaal Yamaha team. The team won the EMX250 this year with Thibault Benistant and will be looking to clinch the title once again next year.

We decided to catch up with Sydow to discuss his season, signing with the Hutten Metaal Yamaha team and more.

GateDrop: This year was your rookie season in the MX2 World Championship, and it got off to a good start with 13th and 8th overall at Matterley Basin and Valkenswaard. You must have been happy with how your season started?

Sydow: Yes, I was really happy with that. First, I didn’t even expect it to ride at Matterley Basin because of the injured collarbone I got 2 weeks before. So, I did solid moto’s and showed what I’m capable of.

GateDrop: The second moto at Valkenswaard you were running in the top five before coming home in eighth, you must have been happy with that? The track was brutal!

Sydow: Yes, that second race was really good. I messed up my qualifying race and had a bad gate pick, but I anyway almost took the holeshot. Then I was for a long time in the top five before I made some little mistakes and finished in eight position which was anyway a really good result for me.

GateDrop: I believe you were carrying an injury coming into the season? Then after Valkenswaard you got injured again, that must have been very frustrating?

Sydow: 2020 was a really unlucky year for me. I started with a broken collarbone 2 weeks before the season started and then I had a strange illness where I wasn’t able to do sport for almost 4 months. That was also the reason that I missed the races in Latvia. It was hard to accept but I could not do anything about it and tried to make the best out of it. It was a shame to get injured again at my comeback at Faenza because I worked really hard to be as good as possibly prepared. 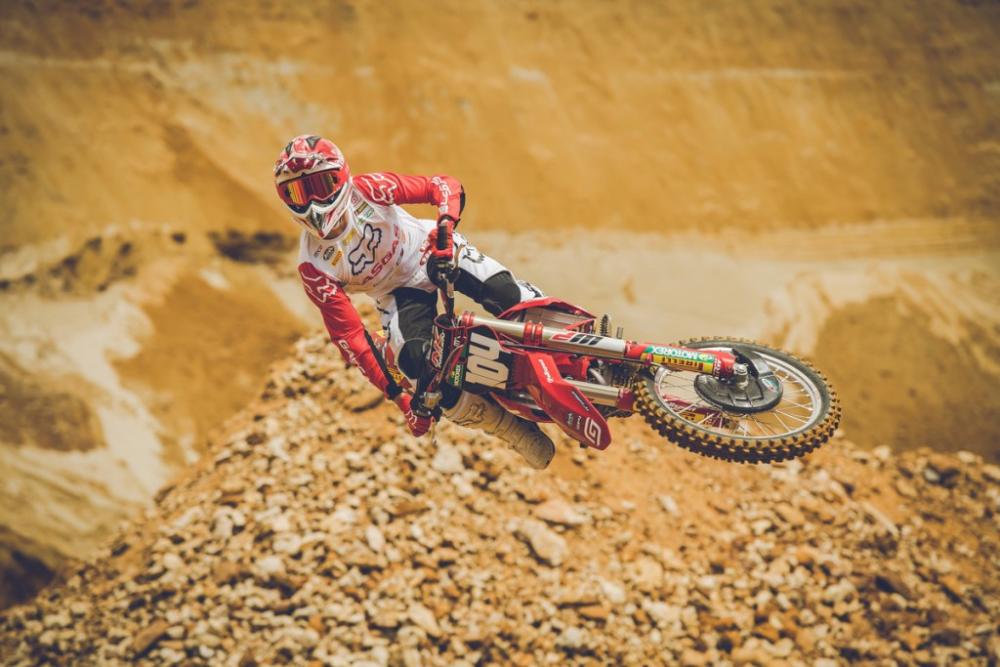 Sydow preparing for the 2020 season before the injuries. Pic: GasGas

GateDrop: You were ruled out for the rest of the season, when did it become clear you wouldn’t be with the GasGas team for 2021? How did you feel about it – a shame because you and the Diga-Procross team did good things together!

Sydow: I don’t know the exact time they told me, but it kind of came out of nowhere. It was a little hit in my face because I was hoping they’d give me one more chance because I always gave a 100% and made good steps. But I accepted the decision and can look back on 2 great years with the team.

GateDrop: You then start to look for options in 2021, did you have many offers and was it difficult to secure a team?

Sydow: it was already quite late when I got the news that I will be not in the team anymore so not that many options were there anymore. I was in contact with some teams and tried to make a useful decision.

GateDrop: You inked a deal with the Hutten Metaal Yamaha team for the 2021, how did the deal all come around?

Sydow: I had contact with Yamaha and they told me the plan they had with me. I was always impressed with the Hutten Metaal Yamaha Racing Team and didn’t have to think about it long to say yes.

GateDrop: Was it a difficult decision to race the EMX250 championship once again and why did you come to this season?

Sydow: Of course, it wasn’t an easy decision, but I wanted to take this opportunity and have a new start with a great team. I know that I am capable of winning the title and then finding a good ride for 2022 in the MX2 World Championship again.

GateDrop: For 2021, what’s your expectations – I’m guessing you are setting your sights on the title?

Sydow: Exactly. I want to be consistent and try to win this title.

GateDrop: You have probably the best team in the EMX250 series and one of the more experienced riders in the class. Do you think this puts you under more pressure to perform?

Sydow: No, I don’t think so. I just do the best I can, and the rest will come. I know that I have a really great group of people around me and that just gives me a good confidence.

Sydow: Yes, I will start to live in the Netherlands from December on. I visited the team already and felt directly like home so this will be no problem for me to live there.

GateDrop: You will be working with Herjan Brakke, is that something you are looking forward too? He seems to be a very good coach…

Sydow: Yes, I like the way he coaches and we will be a great team. I can’t wait to start the preparation for the 2021 season.

GateDrop: Is there an opportunity you could race some MX2 World Championship races that don’t collide with the EMX250 series next year? Of course, your target has to be MX2 for 2022 – could you even stay with the team to race MX2 in the future?

Sydow: I can’t say anything about this yet. We will see what the season brings.

GateDrop: Have you got any plans for the winter preparation yet and what you will do with the team? You must be excited to do some laps on the Yamaha after so many years on Husqvarna/KTM/GasGas machinery…

Sydow: First we will start with physical training and later when my foot is 100% again start to go on the bike. I really can’t wait to ride the Yamaha the first time! I’m really excited.