Interview: Jago Geerts on another MX2 GP win and his future in MXGP 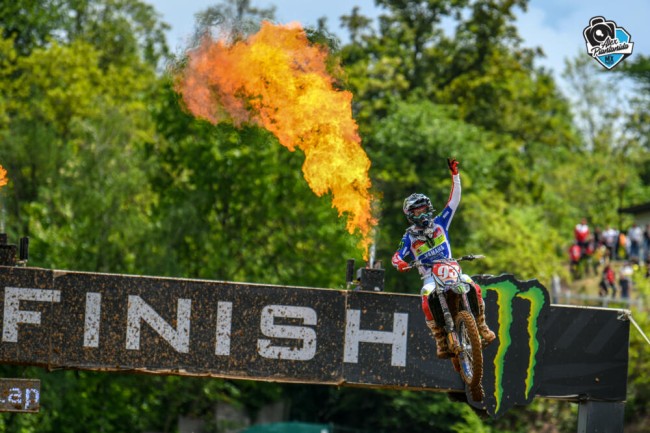 The MX2 World Championship has produced some fantastic racing so far this year and after seven rounds of the series, Jago Geerts has won three GP overalls and has the championship lead of seven points at the top of the championship over Tom Vialle who already knows what it takes to win an MX2 GP title.

Geerts looks mentally stronger this year and is pushing for wins more often than in the past which is great to see because he’s always had the talent and the speed.

We caught up with Geerts to discuss his season so far and his future in MXGP.

GateDrop: Jago, a fantastic day for you taking another win and keeping hold of the championship lead… You must be happy, and can you talk me through the moto’s?

Geerts: For sure, it was a really nice day for me. In the first moto I was second or third at the start but Guadagnini and Vialle made a mistake, so I took the lead. I had a good pace the whole moto and didn’t have too much pressure from behind so I could ride my own race. The second moto, I didn’t have the best start but at the second corner I made a lot of passes and was in third for a couple laps before going to second. There was a small gap to Tom, by the end I closed the gap but in the end, it was too late. It was very difficult to pass as the track was really one-lined so I finished second, but it was a really good day for me.

GateDrop: What was your thoughts on the track both days? Totally different!

Geerts: Yeah, on Saturday the track was pretty flat and fast, it wasn’t that technical as it normally is here. After the rain, the track was really technical, there were a lot of ruts and a lot of bumps so for us it was really nice to ride.

GateDrop: Just on that second moto, Jago Geerts maybe a couple of seasons ago would have been happy to settle for the second there but today you really tried to win… Mentally have you changed anything to always go for the win and maybe not be so happy with just a third or a fourth you might have been in the past?

Geerts: For sure I want to win as much as possible but if I need to risk anything to win then I will still be happy with the second place also. When I closed the gap for sure I wanted to win the race.

GateDrop: What did it feel like to close the gap to Vialle? I think it was around six seconds at one stage so even though you didn’t win mentally it must feel good as you showed you were the faster guy today, I think…

Geerts: After like fifteen minutes, I made some mistakes and was losing some ground but then I found some better lines and was closing the gap pretty fast. Then you get a confidence boost and it was nice. Even though I finished second I still felt really happy about my riding.

GateDrop: MX2 this year, just on the level, it feels like there’s probably about fifteen guys that can podium on any given day but at the same time when you and Tom step it up, it does feel a little like the Vialle-Geerts show at times, does it feel like that out on the track?

Geerts: Sometimes it is but the class, there are a lot of riders that can put in good results so it is nice to have a really stacked class. Our lap times are quite similar to the 450’s most of the time so the pace is really high this year. 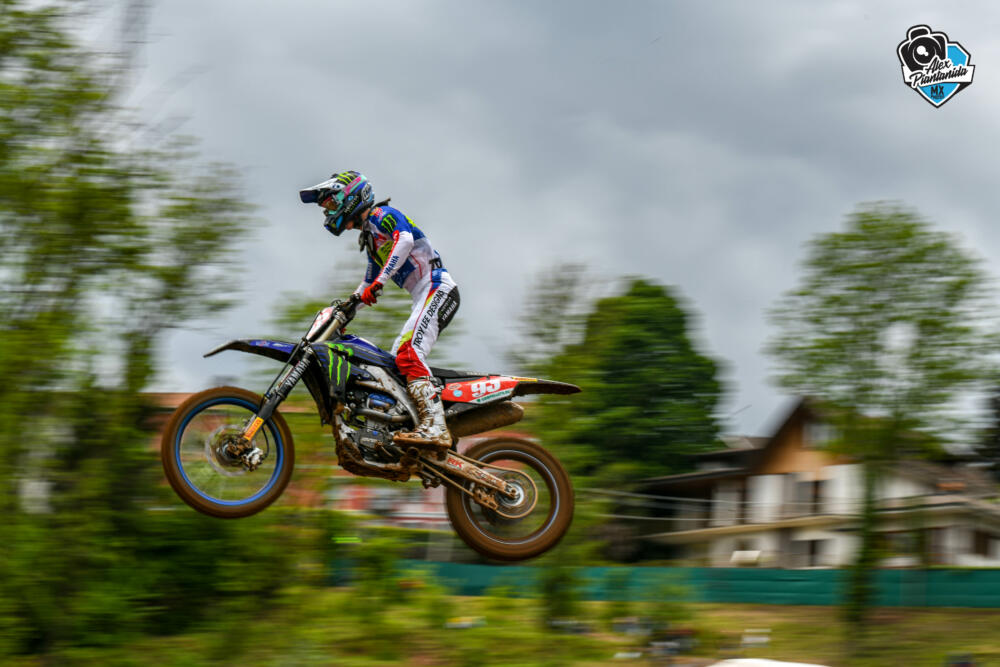 GateDrop: It is early to talk about this but there are some rumours flying around that you might want to make the step to MXGP next year even though you still have time in MX2… At this stage, have you any preference?

Geerts: Yeah, I don’t know yet… I haven’t decided anything yet. For sure, I will like to ride in MXGP but after this one I have another year in MX2 so maybe I will just stay in MX2 because I can ride in MXGP for a long time. It is something that we will still need to talk about, we don’t know yet.

Geerts: No, I have just rode a stock 450cc a couple of times. For me, I do like to ride the 450cc but for sure when I go on a factory bike it will be quite different than the stock bike.

GateDrop: Just on your style, you are lovely to watch and very precise. Watching you ride you wouldn’t really know you are riding a 250cc at the moment, so you probably won’t have to change your style too much when you do race the 450cc?

GateDrop: Just on your goals for the rest of the season, I’m assuming you only have one and that’s to win the title? Anything else and you’ll be disappointed?

GateDrop: The next GP is at Riola which is a very bumpy sand track, you must be excited for that one?

Geerts: Sure, it is the first real sand GP of the year so I am really looking forward to it and racing there this weekend.