Interview: Håkon Østerhagen on stepping up to the EMX250 class on his Fantic two-stroke 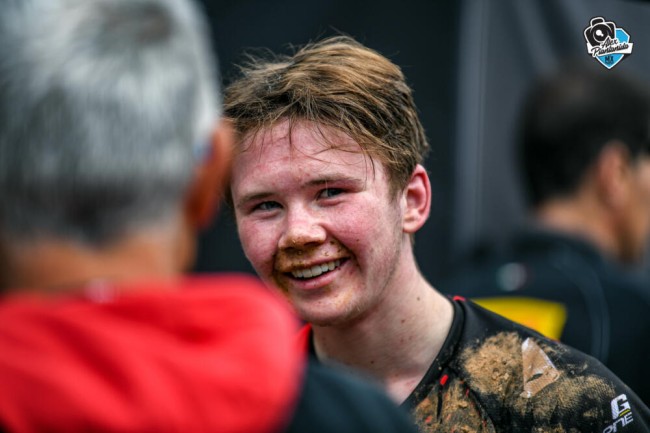 Young Norwegian talent, Håkon Østerhagen missed a lot of racing last year after an injury killed his hopes of an EMX125 title but he’s made the step up to the EMX250 series. Despite making the big jump up from the 125cc to a 250cc two stroke he looks great on the bike and is already running at the front of a stacked EMX250 series.

We caught up with Østerhagen to discuss his rookie season in the EMX250 series and much more.

GateDrop: Håkon, a very good weekend for you racing here at Maggiora, second overall in the EMX250 class and taking a convincing second moto win, you must be pleased with how it went?

Østerhagen: It was super good. I started off yesterday with a third place in moto one with some okay riding, I did some mistakes and slipping out in some places. The track was pretty rough today, but I had a pretty good feeling before I went out on the track and I was super motivated to race in the mud again. I feel like mud and a lot of ruts is more my style so I can use my riding skills to do what I did today. I had a good start and I just went for it.

GateDrop: You’ve got a very nice style on a bike and are lovely to watch, is that something you’ve been working on since a young age? I can imagine it can take years to perfect… That second moto, would you say that’s the biggest race win of your career so far?

Østerhagen: For sure, this win today was probably the biggest win I’ve had in my career. It’s a new class against bigger opponents and a bigger class overall. My riding style, it’s been okay, but I mean I still can fix somethings but for today I am happy with the style. I just need to fix those some things to make it even better.

GateDrop: Coming into the season, what were your goals to start the season because you obviously missed more than half of last season due to injury and then having to go from the 125cc to the 250cc two stroke… it’s a big jump up and not the natural move so how did you feel coming into the season?

Østerhagen: When I got back from the injury, I had some problems with the leg with a little bit of pain and I also got arm pump but that’s normal when you are out for so long. When you don’t ride or race it is going to be difficult to come back and on the 250cc two-stroke… I was so nervous with so much power. My goals were just to learn as much as possible for the next year, but I think I’ve already achieved more than I expected to be honest (laughs). I am pretty much just trying to learn as much as possible in this class and then do it even better next year.

GateDrop: You also raced the International Italian Championship and the second race you were already right at the front, did you surprise yourself that day already being so fast because you had little experience on the bike at that stage?

Østerhagen: The first race at Alghero, it was a little bit sh*t because I was stressing too much and thinking about the new class, bigger riders and stuff but at Riola everything went upside down. I got two good starts – in the first race and then also the second race with the 450cc’s so a third place and then an eighth place was pretty good. 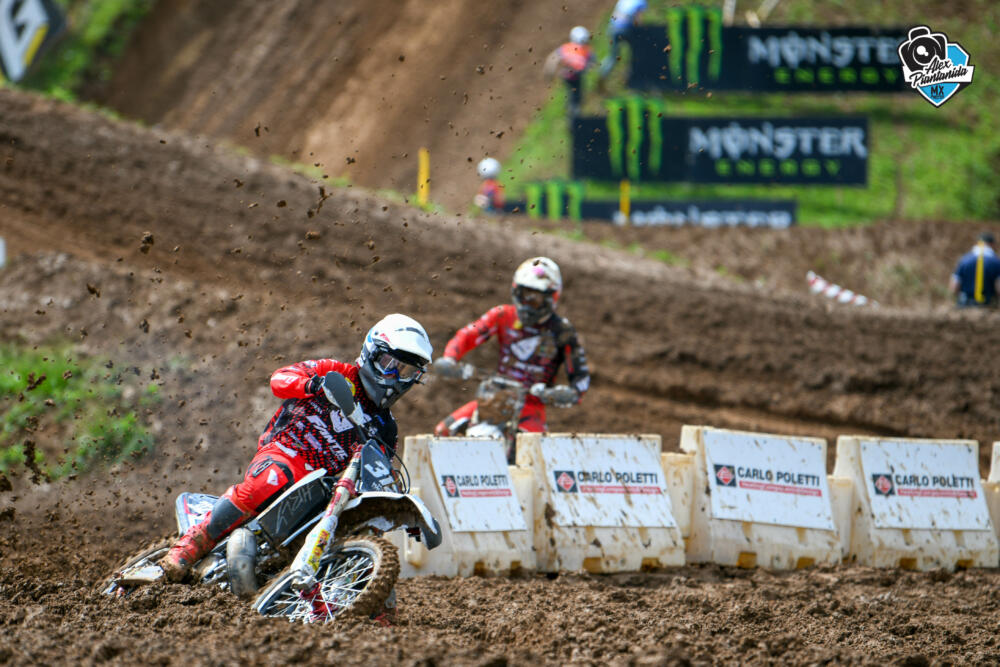 GateDrop: I know it’s early to talk about it but the EMX250 class is all about developing and you’ve already showed you’ve developed really well – you’re already showing good MX2 pace. Is the goal to maybe race the MX2 World Championship in 2023?

Østerhagen: I don’t know, we will see what will happen. For sure now I know that if I took a good start then I know that I can be up there. To go P3 and P1 is just unbelievable and if I can continue having good starts, I think I can be pretty consistent.

GateDrop: Have you rode a 250cc four-stroke at all yet? That is probably going to be the next step for you when you make the step up to the MX2 World Championship…

Østerhagen: I have tested a 250cc four-stroke, I haven’t raced one. I felt pretty good but it was standard, so it wasn’t the best power. Maybe if we have a super good four-stroke it can be the same as the two-stroke but I don’t know how it would race because I’ve never did it. I hope it will be good.

GateDrop: Just on the Norwegians, you’ve got Horgmo getting podiums in MX2, yourself and Tondel at the front of the EMX250 class and Hughes in WMX, for such a small country, what’s the secret there? (laughs).

Østerhagen: (laughs) I don’t really know. For me it’s been my trainer Kenneth Gundersen from when I was super little. I know also that Kevin and Hakon Fredriksen were training with him, but I think for me to sign with Maddii has helped a lot and Kevin with F&H Kawasaki. I think these are good teams with good trainers so I think that has helped us. Kevin had some problems in the past as you know but I am glad he has a good team now; I am happy for him. 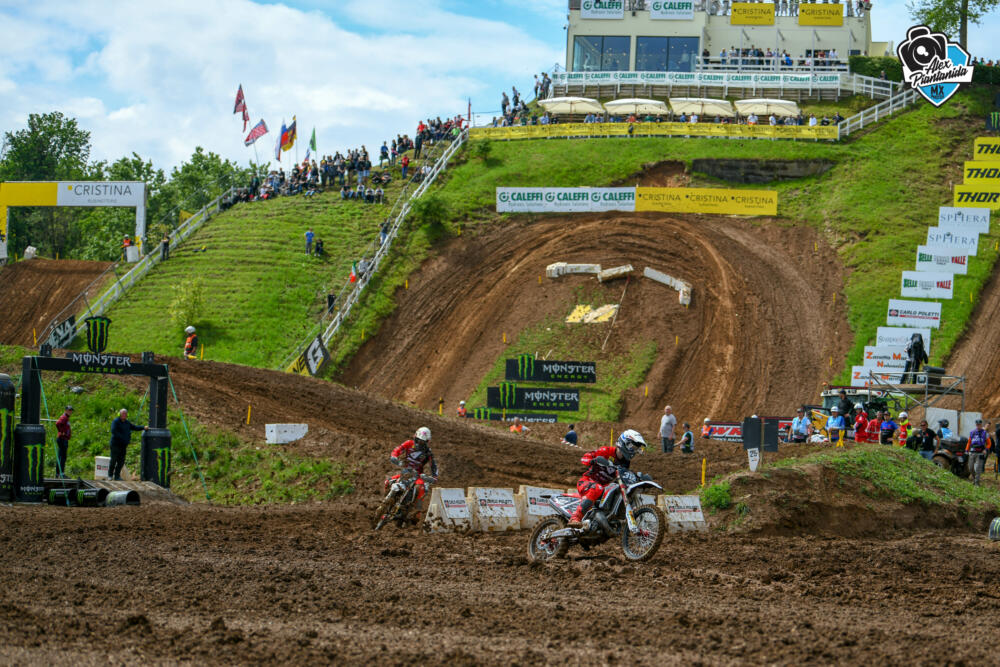 Østerhagen: I mean since I am never home now, I was only home one time this year and it was when I was injured so I didn’t train a lot but I do still have a little bit of a connection with him. If I need something, I can call him, and he can help.

GateDrop: How’s it been working with the Maddii’s, they seem really good at spotting young talent and helping them improve…

Østerhagen: I mean the whole team is just fantastic. It’s like a family and you don’t get that much in other teams. They really care about the riders, and they are great with the suspensions, engine and the bike. It’s just down to me to put in the hard work.