Interview: Gustavo Pessoa on his opportunity to race the World Championship! 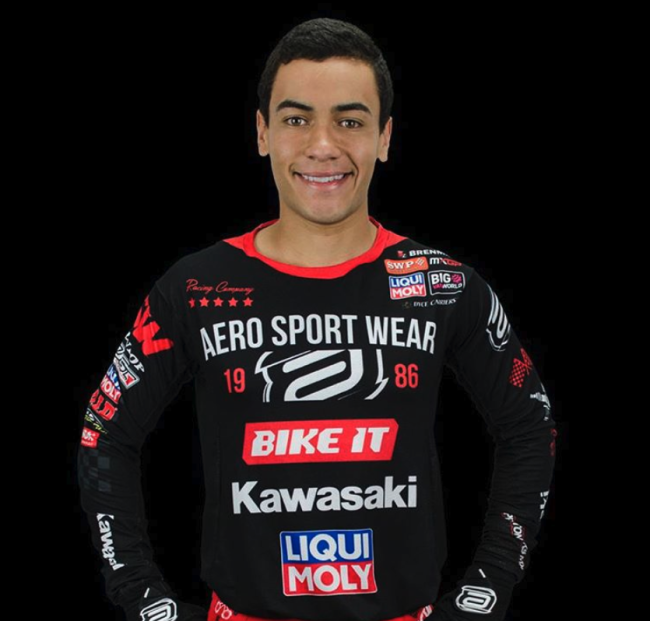 Last week the news dropped that the Dixon Racing team has replaced the injured Darian Sanayei with Gustavo Pessoa for the rest of the season. It means we will see a Brazilian contest the MX2 World Championship.

With most of the young talent in Europe already under contracts, Dixon decided to look outside Europe and has ended up with Gustavo Pessoa for the rest of the season who will be hoping to impress during his time competing in the MX2 World Championship.

The 20 year old has experience racing the AMA Pro Motocross series in America and has secured points in the 250cc class over there. After ten years with Honda Brazil he will be swapping the red machine for a Kawasaki, he will be hoping to adapt as soon as possible.

We decided to catch up with Gustavo Pessoa to get his thoughts on racing the MX2 World Championship.

Gatedrop: Gustavo, it’s confirmed you will race the rest of the MX2 World Championship races from Loket until the end of the season, you must be really excited about it all and how did the opportunity come about?

Gustavo Pessoa: This opportunity come by one call from Leandro who is the owner of ASW. He asked if I’d like to race the MX2 World Championship. Without thinking twice I said yes for sure, I want go there and race with the best riders in the world.

Gatedrop: You’ve been with Honda for 10 years I believe, was it difficult to leave them?

Gustavo Pessoa: Yes I was with Honda for 10 years. It was difficult to leave them but since I was a kid I had the dream to race for a team in MXGP or AMA. So, when this opportunity came I didn’t need to think twice about it. But the guys from Honda Brazil understand my dream and my goals. I am really happy for all the Honda Brazil for what they did for me the last 10 years.

Gatedrop: You contested the first three rounds of the AMA Pro Motocross championship, how did they go for you?

Gustavo Pessoa: Yes, this year I just did the first 3 rounds of the AMA Motocross. It was good for me as I scored points in the races. My best result was 18th place. Last year I did better as I finished 16th place but this year I just travelled over the week before the first round so I didn’t get much time to get used to the bike or the tracks. But in general it was a good experience me .

Gatedrop: I guess this will be your first time coming to Europe, what do you expect?

Gustavo Pessoa: Yes, this is my first time to come to Europe. I expect it to be good, I know the tracks are different than in Brazil but I am going to have short time before my first GP in Loket so I hope I can get used to the European tracks before my first race.

Gatedrop: Out of all the countries and tracks, which ones are you looking forward to the most?

Gustavo Pessoa: I’m really looking forward to competing at every race. For me it will be incredible to travel all over Europe to race and do what I love to do.

Gatedrop: Which country will you be based in during your time racing in the MX2 World Championship?

Gustavo Pessoa: I am spending my first few days in England and after Loket we have a plan to move to Belgium to start getting used to the sand before the sand GP’s.

Gatedrop: Do you know anyone that’s rode GP’s in the past or maybe even in the paddock at the moment that you spoke to about the world championship? What did they say about the series?

Gustavo Pessoa: I’ve never talked to someone who’s raced at all the GP’s. But I know the tracks will be really hard with a lot of bumps and deep ruts.

Gatedrop: I guess your goal will be to impress enough to secure a ride for 2019, do you think you’ll be able to realistically do that?

Gustavo Pessoa: Yes that is my goal. I am going try my best and give my best for it.

Gatedrop: What’s the level like of motocross in Brazil – do you hope to raise the profile of the sport back home?

Gustavo Pessoa:  The Level in Brazil is really good just the country’s economy is really bad for the moment so the championship goes down and the teams too. But I hope with me coming to Europe the guys get more excited and start doing good again for the level to get better.

Gatedrop: You’ve also been selected to race the Motocross Des Nations for Brazil at RedBud, you must be excited for that and to work with Antonio Balbi who’s been announced as the new team manager?

Gustavo Pessoa:  Yes I am really excited about getting selected to do the Motocross Des Nations this year. The team looks strong and Balbi will be a really good manager for the team.

Gustavo Pessoa: I want to say a big thanks to Leandro the owner from ASW and Steve Dixon for this opportunity. I’d also like to thank my parents.