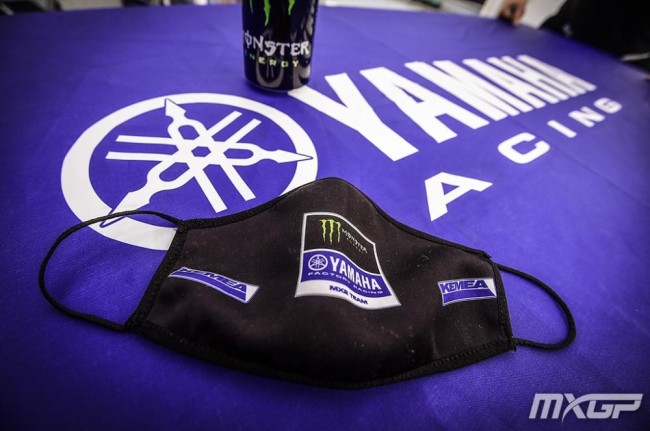 Infront Motor Racing’s David Luongo has had the uneasy task of trying to pull MXGP across an ever-changing landscape in 2020. We quizzed the CEO on the rest of this year and the next.

Your life must have been an endless cycle of phone calls, emails and meetings over the last few months…
It was like this! Like a nightmare. We had to change many things almost on a daily basis because of each country’s restrictions. There was a moment when the COVID-19 cases were going up and up and it seemed like there was no hope we’d start again and then when they went down there were still countries that had blocks or went from green to red and back. It was really difficult. Also planning on the logistical side and what countries we could arrive to. At one point the year was flying: it was almost five months without any race and we know that motocross is impossible in Europe in December. It was important to do something before the end of October. Fortunately, the situation got better. I can only thank the organisers because even the ones that had to cancel or postpone did their very best to make their races happen. Every minute of work went into making the
championship live. The manufacturers make and sell bikes, the riders ride but we have to make races and we had to find solutions to make this championship happen.

There must be a big web of contracts and obligations, aside from the human factor of making sure the sport exists…
Yeah, yeah. If the championship is finished, then it is game over. Imagine if you stop the season in March, like we did, and you are forced to start again in February?

You lost twenty years of work in a minute. It’s our mission to do our best to make the season possible and then if the law worldwide tells us to stop then we’ll stop. Otherwise we’ll find solutions to make races happen and even with all of the restrictions and most of the circuits won’t have public. In Latvia we worked really hard with the government to show a protocol with all the sanitary measures to product the paddock from the locals and the social distancing. With that we were also to have authorisation to have public. It was a small amount but at least we have some fans and it was very tough to arrive to that point. In many other countries in April, May and June you could not have public at sporting events, and motocross without public cannot survive.

How tough is it to have events without public? It must be a big financial hit…
We have to think carefully about the cost and the budget reduction because our organiser’s revenue is based on ticketing. Without that then it is a huge cut. You remain with the TV rights and the marketing. The TV rights in motocross is not big enough to maintain the championship because we are not MotoGP, football or F1. It is negative for us in terms of what it costs and what it brings.

The marketing is OK but without racing then you don’t get it. It’s very important to show that the season is going on and our problem is also the same one for the teams and the riders if they don’t race. Contracts will be over. Even if it is a very tough year we must do our best to race for everybody to continue on the dynamic that we know.

It is possible to have any kind of plan at the moment?
It depends where your sport stands in national popularity. In Latvia I would say we are in the top three with football and Ice Hockey; motocross has a high recognition and priority for the government. In Italy it is the same where motorsport is very strong, so we have good contact with the Italian Federation where we’ll have the race. Latvia will be the best example to show what works and that what we suggest can be a reality. The three races here are the best showcase to show to the next country that it can happen. I am still positive about racing in September, October and November also.

What about 2021 and are there any new MXGP projects that are (now slowly) in the pipeline?
It will depend on the next months but I will say now that all the events that were cancelled or postponed will be here next year. They have already confirmed so, ideally, we should have twenty races in 2021 but everything depends on the situation with the virus. Right now, we have to be focussed on finishing the 2020 championship in a good way and securing the work environment. We have 1300 people directly related to MXGP and the series through Latvia. So, the important thing is to finish the season with the biggest amount of races possible.

For the future we have some possibilities with Asia with many requests and the Middle East still and all the strong countries in Europe are confirmed for some time: Germany until 2027, Finland has one more year. The Nations in France in 2023, next year it will be in Italy but we are talking to go back to the U.S. in 2022 or 2024. The snowball is still moving but, like everybody, we are waiting to see what happens with the pandemic.