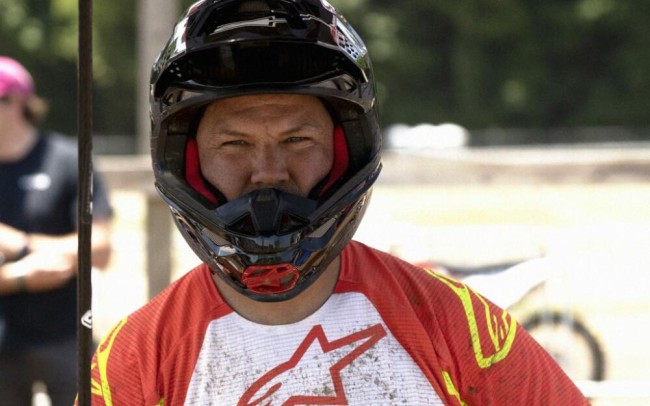 Multiple supercross and motocross champion and stalwart of the off-road scene, Chad Reed, will dust off his goggles and come out of retirement to contest the 2022 World Supercross Championship, which gets underway with the British Grand Prix on Saturday 8 October at Principality Stadium, Cardiff.

Ahead of the season-opener, he talked about a supercross world championship finally going global, his own goals and ambitions, and also why those unfamiliar with the sport of supercross should book their tickets.

Is it important for a World Supercross Championship to be global?

“My favourite sport outside of supercross is MotoGP. When you look at domestic road racing in Australia, Britain, America, Italy, Spain, yes, it’s cool, but you can’t compare it to MotoGP. It’s the best guys, the best bikes, racing all over the world.

“Supercross is huge in America and it’s great, but it is solely based there and it should be a MotoGP equivalent. You’ve got Ken Roczen from Germany, myself and the Lawrence brothers [Hunter and Jett] from Australia, Marvin Musquin from France, Max Anstie and Dean Wilson from the UK, we have people from all over the world competing at the top level, and I think that we should be out there racing in front of fans around the world.”

Do you think this championship can be successful?

“Yeah, absolutely, I think it has potential. You’re having to change the model a little bit, and it’s difficult with the strength of supercross’ base in the US. But I wholeheartedly believe that supercross should be a worldwide sport.

“If I was a racer in my early years, I’d be chasing something that has the potential to grow, not something with a hard ceiling which is what I see within the US. So I hope that WSX is successful, I hope that, in a few years, when I’m watching it on TV, it’s succeeded to the level that I know it should.”

How do you rate your chances of adding another championship to the list?

“If I win, it’s awesome, if I lose, it’s still awesome. Looking at the entry list, as far as accolades, none of them threaten me, I have more wins than all of them put together, I’m not worried about any of them. You know, they’re all my friends, and in the pits we’ll have a good time, but when the gate drops I want to be competitive, I do, even at 40-years-old.

“Can I be competitive? We’ll see, time will tell. I’m excited, I’m ready for some gate drops and to see what we can do.”

What would you say to anyone unfamiliar with supercross, and why should they book their tickets to a WSX round, starting with Cardiff on October 8?

“Anyone that’s not seen supercross and comes to a round will be in for a treat. I think, obviously, there are a lot of sports out there that are exciting. When you start talking about motorsport, whether that’s cars or street bike racing, you kind of see them go past at 200mph or whatever, and that’s it. You see them for about 10 seconds a lap.

“For us, competing in stadiums, we’re in this big old fish bowl, and you’re going to see us battling elbow-to-elbow the whole lap, and you’re going to see excitement at a whole new level. And whether you enjoy the racing, there’s more to keep you entertained: they also have the freestyle shows, live music. You know, that’s what I love about these events, they have a bit of everything: it’s got the best dudes in the world battling for race wins, or some of the best guys in the world doing tricks that even I look at and go, wow, that’s crazy and insane and I would never ever want to do that.

“It just makes for a great night out, and I think everyone can enjoy it.”

Tickets for the opening round of the 2022 World Supercross Championship, which takes place on Saturday 8 October, are on sale here.

For more information on the World Supercross Championship visit https://wsxchampionship.com/