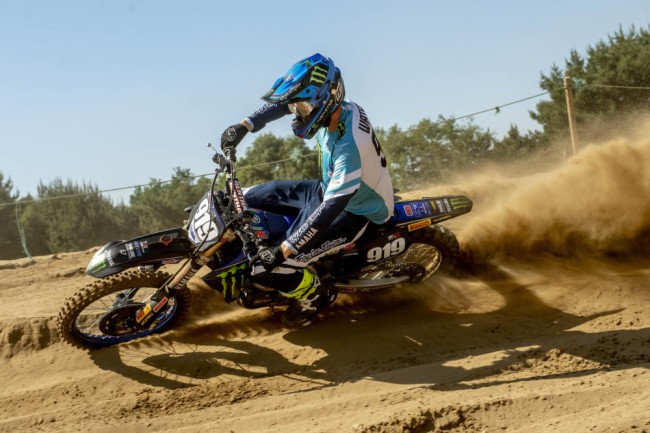 Monster Energy Yamaha Factory MX2 rider Jago Geerts will resume racing this weekend, at the first round of the Czech championship in Dalecin. It will be his first race since the Grand Prix in Valkenswaard, March 8. Team mate Ben Watson decided to wait until August 2 to restart his season – in Magescq, France – after the ‘corona break’.

It’s already more than three months since your last race. How difficult was this corona period for you?

Watson: “Not be able to race, was difficult. But I tried to look at the positive side. I spent more time with my family and took some time off. I tried to improve myself in a different way. Just by thinking about where I can do better. What are my weak points? What can I do to improve? The answers to those questions can now be helpful.”

What was your training program during the lockdown?

Watson: “It was just a matter of staying in shape. Nothing special. Be smart, don’t do too much. We didn’t have and we still don’t have a new calendar, a new starting point, which makes it very difficult to compose a specific training program.”

Did you discover new hobbies, which have nothing to do with motocross, during the lockdown?

Watson: “I live by myself in Belgium, during the season. So, I already know how to cook. During the lockdown I was in the UK, living with my parents. The weather was great most of the time, so we spent a lot of time outside, transforming our garden.”

How relieved were you when you got the green light to ride the bike again?

Watson: “Believe me, it was really nice to get back on the bike. I was more than two months off the bike. No motocross, not even on the trial bike. Longer than during the winter. We really had to be patient.”

How rusty were you during that first bike training?

Watson: “Same for me. I felt fine immediately. It was important to take it easy in the beginning, not expecting too much too soon.”

Some riders got more time to recover from an injury. Was this break an advantage or a disadvantage for you?

Watson: “I think it’s rather a disadvantage. When Valkenswaard came around, my hand injury wasn’t an issue anymore. I was almost 100 percent fit.”

How far are you now from your best level now?

Watson: “That’s hard to say. I don’t want to be at the point to be 100 percent yet. I still need to do intense training. Two or three weeks and I’m ready.”

What about your goals this season? Do they remain the same?

Watson: “I just want to enjoy myself on the bike. When I’m having fun, I’m at my best. I have some goals, but I prefer to keep them for myself.”

There won’t be 20 races this season. Maybe 12 or so. Can you speak about a real championship?

Ben, you are going to wait until August before making a return to racing, Why?

Watson: “I think we are still two months from a possible restart of the world championship. I compare this period with the preseason. In preseason my first race is only a few weeks before the first Grand Prix. I stick to the same plan. That’s why I will restart in Magescq, on August 2.”