Herlings KTM images removed from Instagram – now back on! 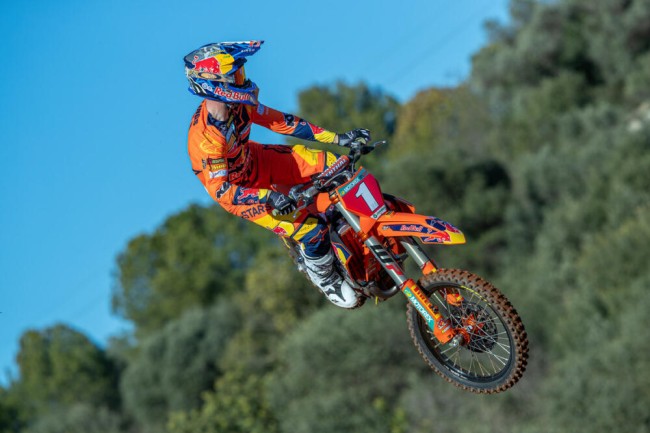 Jeffrey Herlings had appeared to remove images of himself on a KTM on his Instagram creating speculation that he might be moving teams – but then a couple of hours later Jeffrey’s IG was back with all his KTM images back in place!

It was only a couple of weeks ago at Lommel that Herlings was signing autographs with the Red Bull KTM squad and Dirk Gruebel spoke to us in our interview about Jeffrey not racing this season and his motivation for 2023, saying: “He needs to take care of his body now. It’s a really critical stage of his career, if he doesn’t watch out his career is finished earlier that usual. He should really watch out for his body, get this all fixed, get fit and then we know how good Jeffrey Herlings can be if he has a fit season.

“The thing is also, you shouldn’t forget, the injuries are adding up and every one takes it’s toll, it takes it out of you. You get older, you get more pain every day, I mean he has a super high pain level, don’t get me wrong but it still is annoying if you are never pain free. It’s not good for your brain, it’s not good for your body, if it always follows you it’s just not good. Hopefully next year we get a good year with him again, as fit as possible and I look forward to that.”

Herlings has been on KTM since he came into Grand Prix racing at 15 years old and the five-time world champ said on his Instagram at the end of July in the post below: “Me and the boss discussing how many races we’ll win together next year.”

Hear from Jeffrey in a recent MXGP video below: