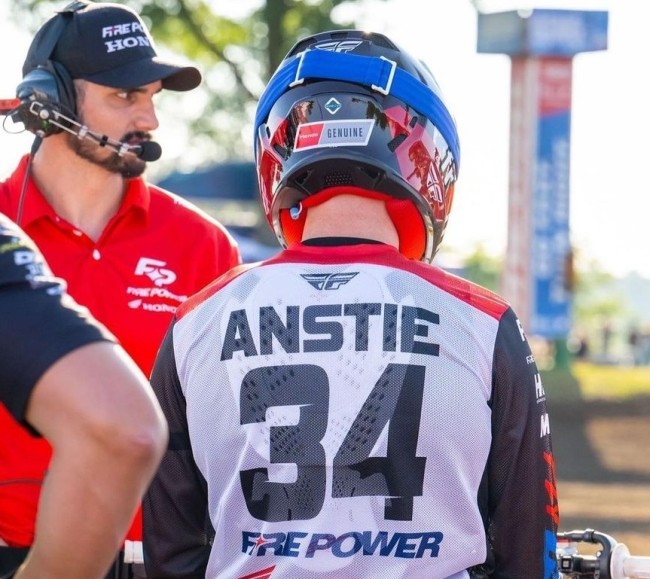 Honda Genuine Honda Racing, led by motocross and supercross veteran Yarrive Konsky and managed by former racing star, Martin Davalos, is proud to announce the signing of Max Anstie and Wilson Todd as their riders competing in SX2 (250cc) for the FIM-sanctioned World Supercross Championship’s pilot season. The championship will kick off with the WSX British Grand Prix at Principality Stadium in Cardiff, Wales on Saturday, October 08.

Anstie, a 10-year-plus powerhouse of motocross racing, is currently on a three-race stint in the Pro Motocross series and recently posted an impressive sixth-place finish at the Southwick National aboard the team’s CRF450R. As he continues to build his racing resume, Anstie is sure to be a formidable 250cc competitor in the SX2 class. Born in Newbury, England, the FIM World Supercross Championship’s first Grand Prix is in Anstie’s backyard giving him additional motivation as he competes for a podium in front of thousands of fans watching in stadium and millions watching worldwide.

“I’m very excited to be racing for Yarrive, Martin and the Honda Genuine Honda Racing team competing for an FIM-sanctioned world championship. It’s the chance of a lifetime, and I’m thrilled to be a part of a race team with a rich history in the sport. Growing up in England, I dreamt of competing in front of my friends, family and thousands of die-hard supercross fans and now I have that opportunity in Cardiff. I’ll be ready to take advantage and am looking forward to competing.”

Rounding out Honda Genuine Honda Racing’s SX2 class is Australian rider, Wilson Todd. New to the Honda team, Todd brings a wealth of racing experience, including Motocross Grand Prix and Australian Supercross, that will serve him and the team well in their efforts to win an FIM World Supercross Championship during this year’s WSX pilot season. An announcement of the WSX (450cc) riders to finalise the team’s line-up is forthcoming.