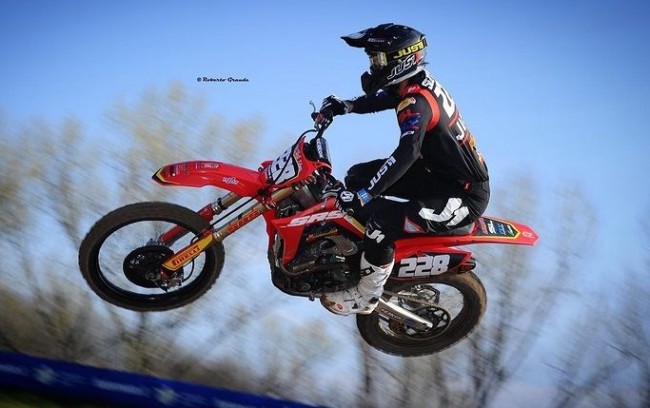 It was announced that SRS Honda would be making a return to the GP paddock this year to contest selected rounds of the EMX250 series with young Italian talent, Emilio Scuteri.

Scuteri contested the International Italian Championship for the team and showed good pace. However, the Italian has announced he’s parted ways with the team due to mutual consent.

It sounds like Scuteri has plans for the future as he will have an update shortly.

“Hi guys, my relationship with the team @srsracingteamends has ended by mutual agreement. I thank Fabio, Marco and Lorenzo for the availability and the great work done in recent months. it’s time to turn the page and shortly I will give you new updates”, Scuteri stated on social media.