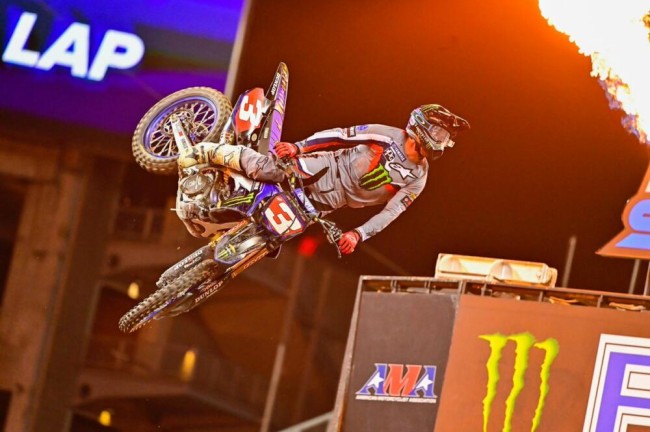 Eli Tomac has had the perfect season. To win a supercross title, a US motocross title or a MXoN title on their own is huge achievement but to win all three in one season – it simply doesn’t get any better than that and very few people on earth have experienced such a feat. Tomac is up there with the likes of Ricky Carmichael and Ryan Villopoto in winning it all on one year.

There were rumours Tomac might not even race this year but the deal to go to Star Yamaha has been inspired and it could easily be argued that this is the best year of his career – and it’s his last full season!

Tomac, although he still has the 2023 supercross to go, couldn’t have ended his full-time career any better by winning the MXoN on home soil at Red Bud after many years of trying. His face told the story of the achievement, this was his last shot at it given the fact he isn’t planning on doing outdoors in 2023. He had the scar of Red Bud 2018 and other missed opportunities but that holeshot in race one and holding off Geerts under big pressure was the moto that gave USA the foundation to get the intensley sought after victory. He delivered yet again when it mattered in 2022.

And that’s the thing about Tomac, he doesn’t make mistakes under pressure very often, and he doesn’t get hurt very often even if, at times, it looks like he is just holding the throttle wide open and railing those patented outside lines. The reality is Tomac knows how to be there week-in, week-out and be a contender for the race wins every week. Staying healthy at that speed, under pressure to win every race you enter isn’t easy, and Tomac deserves a lot of respect for doing it year in, year out. It’s one of his biggest and maybe underrated strengths and gives teams big value for money whether he wins the title or not – he’s always there knocking ont he door regardless.

The last outdoor round again showed how he could deal with pressure, once again, zero mistakes and calmness in the biggest moments to clinch the title. Credit must also go to the Star Yamaha team who have clearly created an environment that makes Tomac happy and at ease, he has never been so open, and clearly loves the bike. Let’s not forget this was his first year on the bike and he won everything – and he thinks the 2023 bike is an improvement on this years!

For those from the UK or Europe going to Cardiff this weekend for the inaugral WSX or Paris in November, enjoy it, because Eli Tomac is up there as one of the best ever riders from the USA, and this might just be the last time you get to see him race in person. For the first time in a season of supercross title pressure, then extreme outdoor title pressure then even bigger MXoN pressure , Tomac won’t have any weight on his shoulders. He will be able to enjoy these races, go for the win with nothing to lose and meet international fans while still having some tough competition like Ken Roczen in Cardiff and Cooper Webb in Paris to prep him for the 2023 supercross season.

He might be being well paid for both races, but his performances and legacy have earned it and, more than that, it’s an experience Eli won’t forget and can really savour at this point in his career, espcially after the perfect season. He is one of the greats.