Alberto Forato confirms his plans for 2023 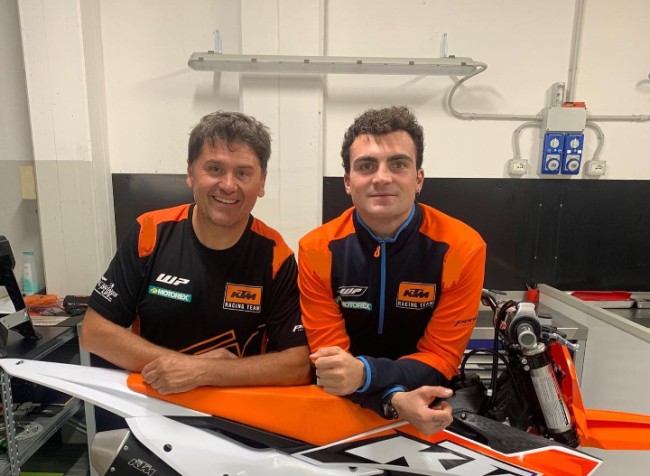 Earlier in the season there had been rumours that Alberto Forato might be on the look out for a ride in 2023 but the good news is that it’s now been confirmed to stay with the SM-Action Racing team.

The team have already confirmed they’ll switch GasGas machinery for KTM and receive official support. After a good year for Forato he’ll hope to have a strong winter and have even better results in 2023.

“TEAM LINEUP 2023. Renewed the collaboration with Alberto Forato for the next season – together we will face the MXGP World Championship class, the internationals of Italy and the Italian prestige championship. After the good performances from the past year we are ready to improve even more in the next season”, the SM-Action KTM team revealed.

“Here we are! Now I can tell you that for next season I’ve got the deal with KTM Official and I’ll ride again for the SM Action Racing team.  I am ready to jump on the new machine and give some gas”, Forato stated on social media.