Edmonds on coaching and giving back to the sport 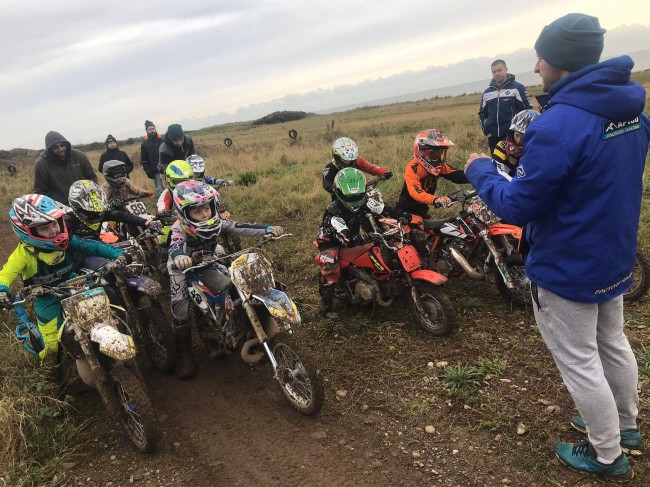 Only a few weeks ago Stuart Edmonds didn’t know where his future was going and he considered hanging up the boots and focusing on coaching the new generation of the sport.

Thankfully, Edmonds has secured a ride for 2020 (he’ll stay with Apico Husqvarna) but we asked him if coaching is something he’ll look at doing in the future on a full time basis.

“It’s not going to be something that’s going to be 100% my all, for income I’ll have my job but I want to put more into coaching kids. I’ve been coaching since I’ve been 16 so I’ve got plenty of experience when it comes to coaching. The kids that are coming up now, they don’t have a lot of guidance and there’s not a lot of coaches out there. I want to try and give back what I can and work with as many kids as possible”, Edmonds told GateDrop.com.

Edmonds is already working with plenty of  young talent and helping them improve. “Jordan Kinselli, I’ve been working with him quite a lot, he’s only been riding a year and he’s come on leaps and bounds massively. I’ve been working with Aaron Grey, Dylan Stynes and the up and coming Finn Wilson. He’s been riding superb in the British Championship and with the results he’s been getting he’s not been getting the credit he should be getting. I want to give back to them and give them guidance because I never had anything when I was younger. I had to learn everything and ask questions all on my own, my guidance was my Dad. He was my main source of coaching and little do you know, Mum taught me to do my gears and stuff when I was younger. They are my main two coaches throughout the years and the rest I learnt myself. It’s important for me to give back and try to do as much as I can”, added Edmonds.

In Dublin there’s an issue with kids riding bikes on the streets and Edmonds wants to try to make a difference to stop giving the sport a bad name.

“Down in Dublin there’s a massive issue with kids riding bikes on the streets and central parks. That’s something I want to go into, get them off the roads and put them on the tracks, give them more places to be able to do it properly and be taught properly. I want them to learn how to do it properly and to understand that there’s an actual sport that they can go into whether they want to work at it or race at it, just to give them the good guidance that they need and stop giving Motocross the bad name down south that we have”.