Edmonds: I was close to hanging up the boots 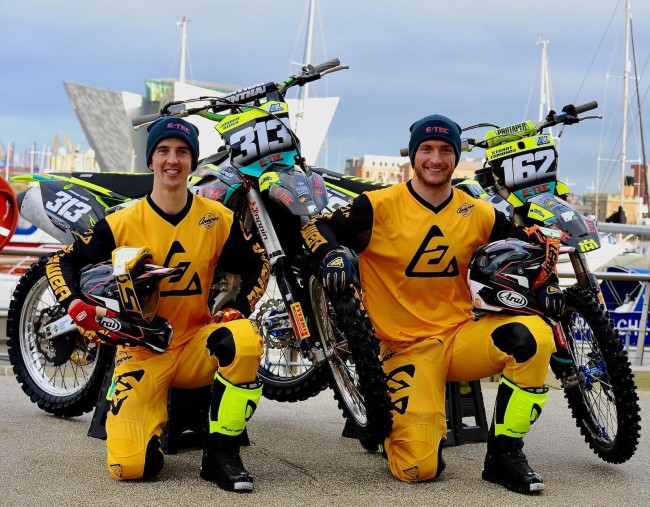 In the British Motocross scene there’s not as many rides as there used to be making it tough for the riders to secure rides. Stuart Edmonds is in and out of the top ten of the British Championship and has a pretty good CV to his name and a few weeks ago it looked liked he’d maybe have to hang up the boots.

“Each year I think is getting later and later with riders getting picked up and things. Unfortunately, there’s a lot of things ruining the paddock in the British. I am lucky because I was able to sort my deal out last week so I just have to wait on the press releases and stuff to come out. There was a point there, probably about three or four weeks ago that if you asked me what I was doing, I’d have probably told you that I could be hanging up the boots and go into full time coaching with the kids”, Edmonds told GateDrop.com.

The Irish rider didn’t have the year he’d have wanted in 2019 but towards the end of the season started to improve and see the real Stuart Edmonds. The last three years he’s been working a 9-5 job so it’s not been an easy ride.

“That’s how bad it is at the minute and trying to get sponsors now is really hard. Luckily I have a few loyal sponsors who are behind me every year, trying to get new sponsors in and to give me that chance to give it my all – to ride 100%, to train 100%. Not having to focus on trying to get the money for next week, trying to get a job and stuff. The last three years I’ve been working a 9-5, sometimes you have to get up a 4 in the morning to do your training. It’s hard and that’s what happened to me this year, coming back from injury, having a job and trying to train. It got to two months in and I just burnt myself out so that’s something I have to be cautious of next year.  I really want to give it my all, with the team and sponsors behind me, we will have to see how we get on and produce some results”, added Edmonds.

We have an exclusive interview with Edmonds coming later in the week.