Interview: Jordan Keogh on his season and doing Arenacross 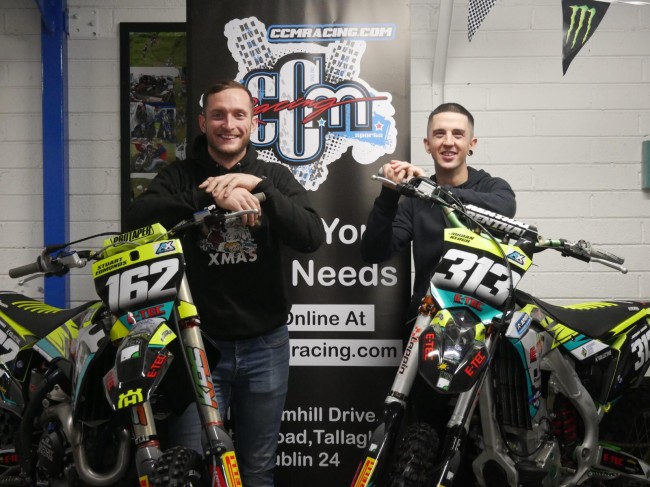 Irish rider, Jordan Keogh missed the entire 2018 season due to injury which meant he had catching up to do but he still managed a good season despite a year out of racing.

Keogh was a front runner in the MX2 Irish and Ulster Championships and even won a title over in England – the expert MX National MX2 class.

For the 2020 season, Keogh aims to have fun as he’ll be racing a 125cc over in England and he’ll also contest the Arencross UK series which will be all new to him. The Irish rider has only contested Belfast once before but when he was seven or eight!

We caught up with Keogh to discuss his season and much more.

Gatedrop: Jordan, I believe you’ve done the Belfast Arenacross before but it was years and years ago. What’s your thoughts on the event and what’s making you want to do it in 2020?

Jordan Keogh: It’s always been something I’ve always wanted to do but I’ve never really had the opportunity. The opportunity came up when Gav called me up a couple of weeks ago. Originally, it was supposed to be just Belfast but a lot more sponsors came on-board: E-Tech, Apico, CCM and a couple of other people came on board. Now we are doing the full series, the opportunity arose and it’s something that I’ve wanted to do. I’m absolutely delighted I’ll have this opportunity to do it. I’m looking forward to the experience being in the arena with the atmosphere. It’s always appealed to me and it’s something I’m looking forward too.

Gatedrop: When I watch you riding, you’re quite aggressive and like to attack things. In that sense you’d think you will suit Arenacross?

Jordan Keogh: Yeah, well hopefully. Obviously the jumps and a small technical track, I think it will suit me. I’m really looking forward to getting out there and seeing how we do against the likes of Stuart (Edmonds), Martin (Barr) and Graeme (Irwin). They’re lads I’ve looked up to for many years, it’ll be good to get out on the track and learn off those boys.

Gatedrop: When you rode the event the last time, you were really young. Do you remember much about it and what the atmosphere was like?

Jordan Keogh: I think I was around seven or eight when I did it. The memory isn’t really there anymore but I do remember that from then I said I’d look to do it again. I’ve now got the opportunity to do it again and I’m looking forward to getting out there.

Gatedrop: Just on your season, you came in with an injury which meant you started slow but you continued to improve as the season went on. Where you happy with how it ended?

Jordan Keogh: Absolutely, missing the 2018 season after a shoulder injury and getting an operation on it, I missed the whole season. To get back in and win the Expert MX2 Championship in the MX Nationals, it was something I didn’t plan or really expect to do. To come out on top in that championship, I was really really happy with it. 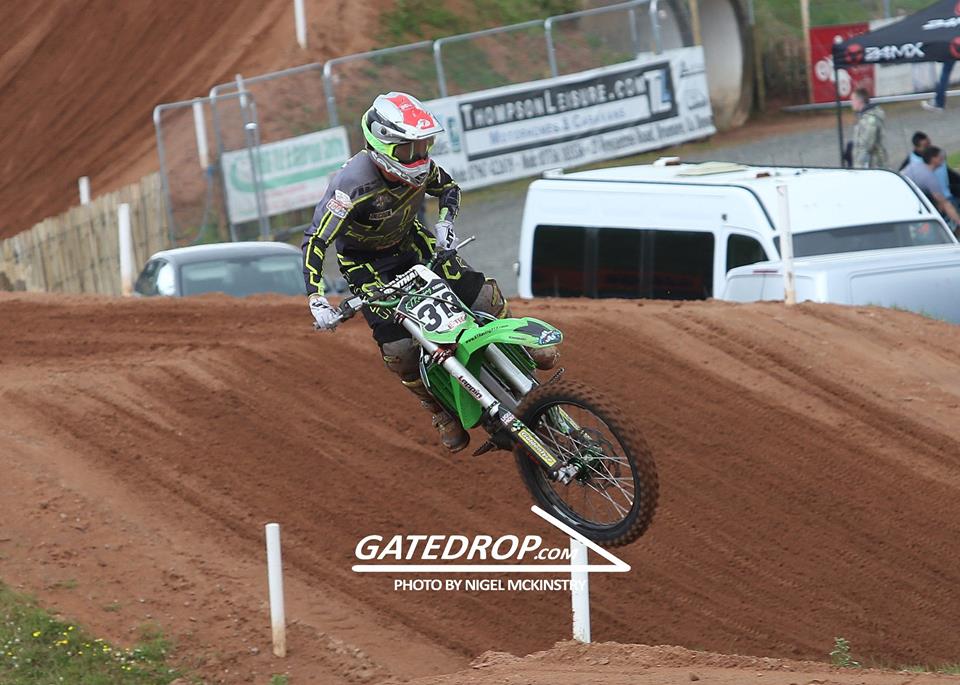 Gatedrop: I actually forgot you missed the entire 2018 season, I think that shows how good of a return you made, it was like you were never away! How hard is it to get back up to speed straight away after a full season out?

Jordan Keogh: It was something I knew that was going to be tough. I got my head down and rode every single weekend. The start of the year was really tough with fitness and getting the bike setup and everything like that. Once I kind of got the first couple of races out of the way, I started to get back into the groove. It was a really enjoyable season because I had no expectations which meant I enjoyed myself a lot more. To come away with that championship was unexpected and really nice to do.

Gatedrop: The racing at home this year, the MX2 class was competitive battling with the likes of McCormick and Sheridan. Did you enjoy battling with them and that must have helped bring you on?

Jordan Keogh: Those guys are over in England pretty much every weekend doing the British and in the MX Nationals they were doing the pro class. Obviously with that, there speed was a bit better than mine but with racing those two throughout the year, it’s a no brainer, it helped bring me on for racing back over in England. I am looking forward now to getting the head down and getting this Arenacross tour underway.

Gatedrop: Desertmartin have confirmed there’s going to be a British Championship as well as an MX National. You must be happy you’ve two close races near by and it’s great for the sport here!

Jordan Keogh: It’s always good when big events like that come to Ireland. I didn’t do it (the British) this year because I was taking a step back and didn’t want to go too big. Next year, we are definitely going to do whatever big races are in Ireland so I’m looking forward to it.

Gatedrop: Have you any plans for the Motocross season next year yet?

Jordan Keogh: We are going to race at home on the Kawasaki and I’m going to ride for TM UK. I’m going to ride a 125cc for them in the Bridgestone Masters so we going to try and bring a bit of fun back into it. I rode a little bit on the 125cc this year and I really enjoy it. The opportunity came up to do that next year so I’m really looking forward to that now.

Gatedrop: In terms of the British Championship and the MX Nationals, will it be select rounds or will you do a full series?

Jordan Keogh: Yeah, it will be selected rounds. As of now it’s just the Bridgestone Masters two-stroke I’m doing on the 125cc. We will see how the budget is throughout the year if we can afford to do some of the British races or MX Nationals and stuff like that.

Gatedrop: You’ve been riding a 250cc for a number of years now, you’re one of the more experienced guys in the class now. Is the idea about riding a 125cc just to bring the fun element into it?

Jordan Keogh: Exactly, at the end of the day, I’m not getting any younger. The sport is all about having fun, I’m still going to ride a 250cc but I find that I have a lot more fun on the 125cc. Next year we will put the head down and put all the effort into riding the 125cc. We will try to bring home that championship.

Gatedrop: When guys get to your age they usually start thinking about MX1 and riding a 450cc, is that something you considered?

Jordan Keogh: We were speaking about it actually and maybe trying out the 450cc but then with the fact I’m going to ride a 125cc, I think I’ll ride it next year and see how it goes. Maybe I’ll ride a 450cc for the 2021 season.