Carmichael: I have to give it up to the European riders! 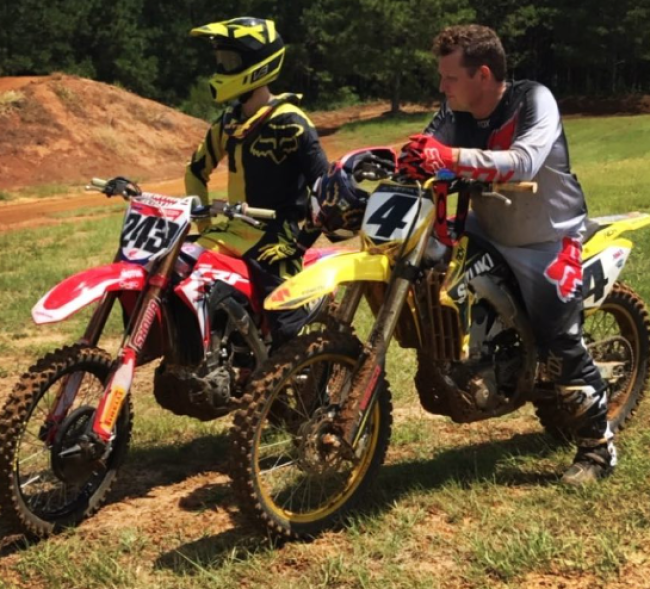 The legendary Ricky Carmichael was pretty outspoken in a recent DMXS radio interview about why the US riders are struggling to beat the MXGP riders in recent years.

On Herlings winning in the USA, Carmichael said: “I think he did fantastic, I think he is a great rider.”

The undefeated ten-time US motocross champion then went into the reason he felt was the root cause: “I think the reason is there isn’t as much emphasis put on motocross as there is on supercross, the riders in the US have less time to prepare for motocross. At the 450 level they are tired from the supercross series.”

“They do enough to get the job done and maintain their speed and pace to get them through the season (outdoor). So I feel from that happening over years and years and the guys just doing what they have to, to get the job done and not going the extra, which I understand their position. That’s allowed the gap to close. When you just do enough to get by and you are going through the motions, the pace slows down a little bit.”

But Carmichael also gave credit to the GP riders and their speed. “I have to give it up to the European riders, there is a lot of talent over there right now. they are riding hard, they have some really, really good speed. The emphasis is different over here (USA) I think we all know it. These guys do anything and everything they can for supercross and in motocross they just do what they got to do to get by.”

Carmichael feels it’s a new generation in the USA and things have changed.

“Don’t get me wrong,” Carmichael continued, “I know these guys want to win but it’s different now than it used to be. When I was racing we had the same amount of races and we were gone longer, we had practice on Friday at a supercross and flew Thursdays, and in outdoor we practiced Fri had Saturday’s off and raced Sunday so we flew on a Thursday for outdoors. but we still went and aced the MXoN.”

Reflecting on his desire to race the MXoN RC stated: “All I wanted to do in my first year was win a championship and race the MXoN and I was so butt-hurt when they picked Steve Lamson, I understand why he went because he had more experience but then when I had the honour to go in 1998 I was so pumped.”

And with Mitch Payton putting forward the idea of a shorter schedule in the USA comprising on 16 supercross races and just eight outdoor events in a recent Racer X interview, it appears the lack of importance of outdoor motocross in the USA is showing no signs of ending as supercross continues to be the dominating factor in the states.